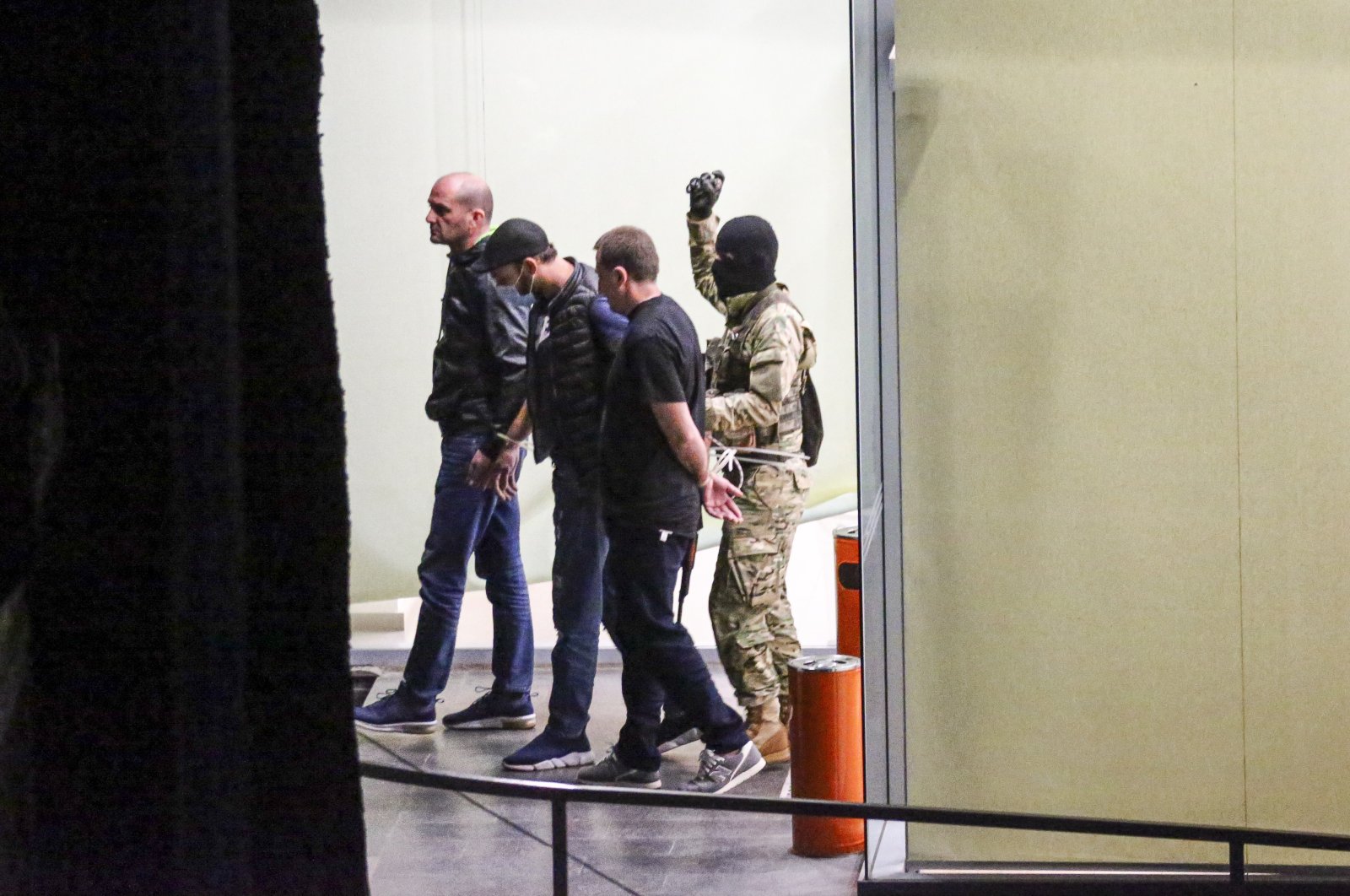 A gunman with a weapon in his hand, escorts three police officers, who surrendered themselves as hostages, out of the bank building in the town of Zugdidi in western Georgia, Oct. 21, 2020. (AP Photo)
by ASSOCIATED PRESS
Oct 22, 2020 4:00 pm

Police in the ex-Soviet republic of Georgia were looking Thursday for a bank robber who held over 40 people hostage for hours before releasing them and escaping with the money given to him by authorities.

An armed man took bank employees and customers hostage in the town of Zugdidi in western Georgia on Wednesday, demanding $500,000 in cash.

After authorities provided him with an undisclosed amount of cash and a car that he wanted, the assailant freed most of the hostages and drove away with the three remaining captives.

The man freed them overnight in a forested area and disappeared.

Speaking during Thursday's government meeting, Georgia's prime minister, Giorgi Gakharia, urged police to quickly track the assailant down, adding that "there must be no illusion that a crime can go unpunished.”

Interior Minister Vakhtang Gomelauri told reporters that the assailant’s demands were fulfilled because "for our government and for me, the people's lives are the most important.” He said that it wasn't immediately clear if the attacker had an accomplice among the hostages.