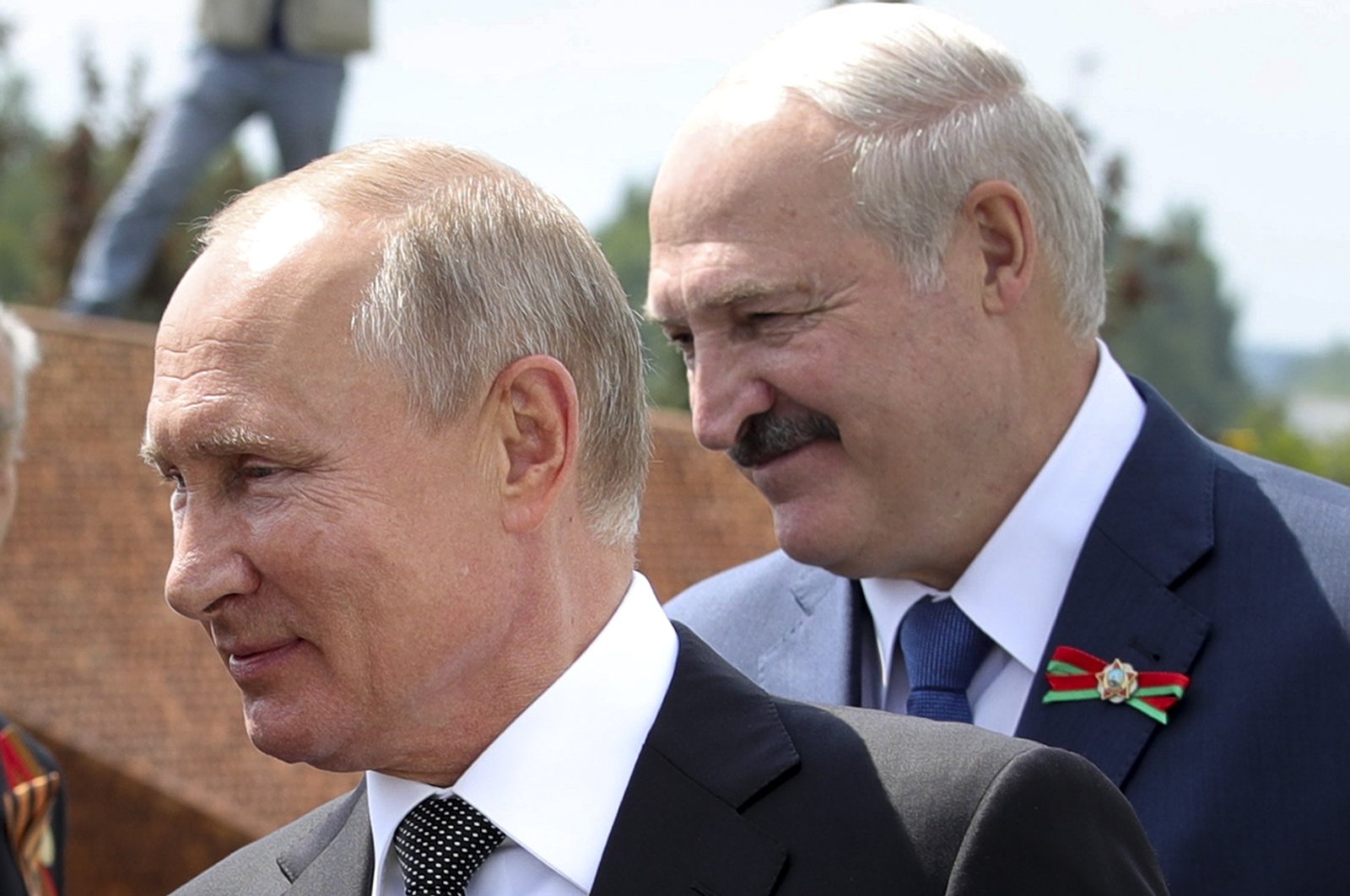 Belarusian President Alexander Lukashenko on Tuesday accused Russia of an attempt to "organize a massacre in the center of Minsk" after law enforcement detained 33 fighters belonging to the notorious Russian mercenary organization, Wagner Group, near the country's capital last week.

Lukashenko accused Russia of lying over the alleged mercenary plot to destabilize his country, adding that he had information that another group of fighters was sent to the south of Belarus to undermine the security of the country.

Belarusian president said "unnamed forces are trying to carry out a revolution in Belarus" and warned that all attempts to shake the country would fail, adding "we will catch them all."

He noted that ahead of the election the army should be prepared to repel all threats including cyber ones.

Moscow has said Minsk wrongfully arrested a group of alleged Russian mercenaries last week, ahead of an election in Belarus on Aug. 9, seen as Lukashenko's biggest challenge in years.

Russia has said the detained men were only transiting via Belarus en route to a third country and had no plans to try to influence Belarusian domestic politics.

Lukashenko called those assertions "a lie" and called on Moscow to stop lying, saying the detained men had confessed to everything and that they had been given the order to enter Belarus and wait for further orders.

Recently, Belarus claimed it had opened a criminal probe into planned acts of terror by Russian mercenaries held ahead of presidential polls, adding that it was tracking down dozens more.

Belarus security council chief Andrei Ravkov said a criminal probe had been launched and that the men face charges of preparing "terrorist acts."

"Thirty-three have been detained, there are up to 200 or thereabouts on the territory (of Belarus)," Ravkov said.

He said "a search is going on" to find the others, complaining that it was "like looking for needles in a haystack."