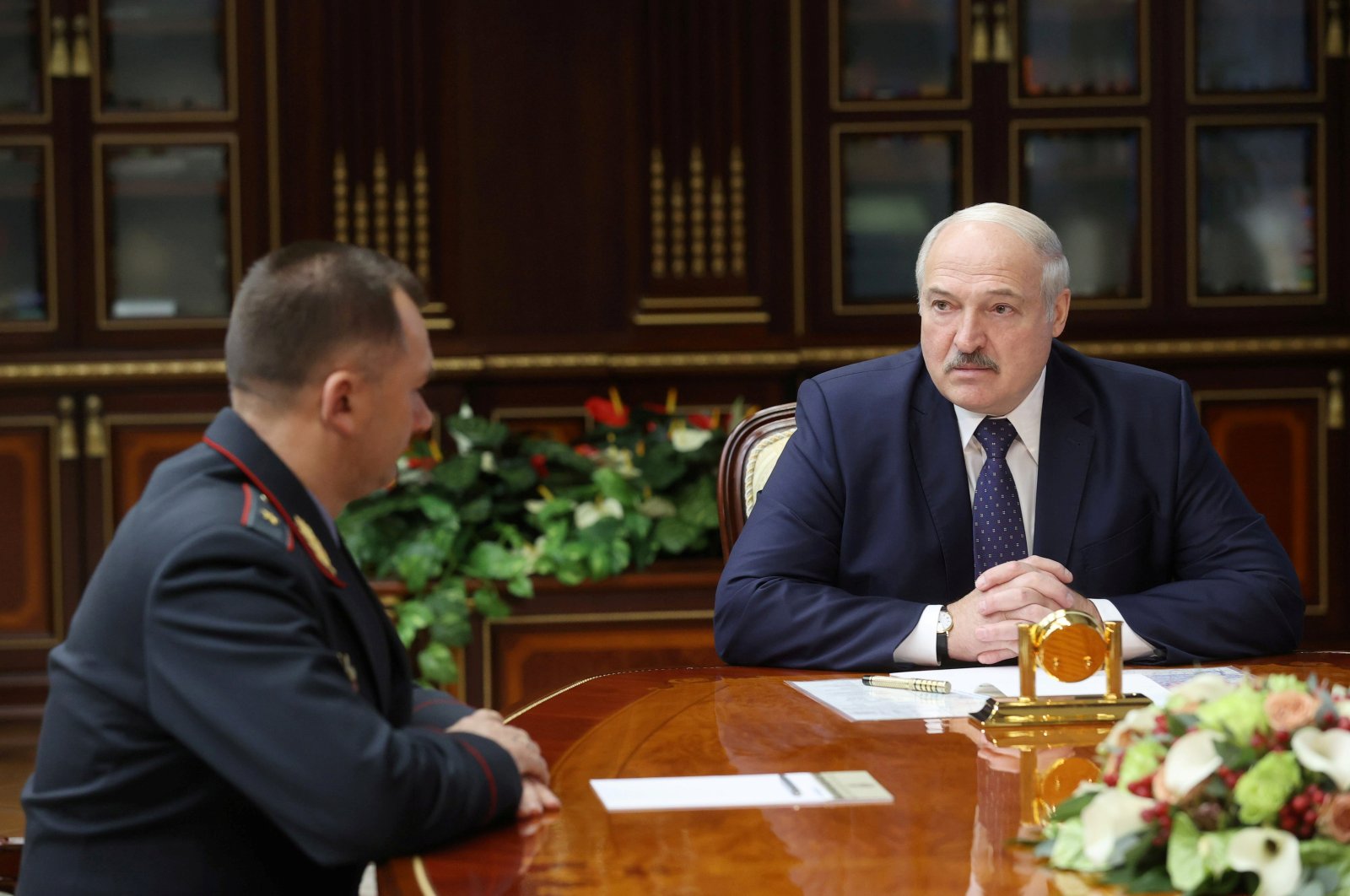 Belarus President Alexander Lukashenko threatened to leave protesters "without hands" on Friday, sharpening his rhetoric as hundreds marched through the streets and rallied outside universities to keep the pressure on the veteran leader to resign.

Students, factory workers and pensioners answered a call by exiled opposition figure Svetlana Tikhanovskaya to launch a nationwide strike this week – a fresh move to force Lukashenko to hold new elections after months of mass protests.

The ex-Soviet country sank into crisis after opponents accused Lukashenko of rigging the Aug. 9 presidential election to extend his 26-year rule. He denies vote fraud and has held on to power, buoyed by support from traditional ally Russia.

More than 16,000 people have been detained in a violent crackdown by security forces that have prompted Western countries to impose new sanctions on Minsk.

"We will take no prisoners. If someone touches a serviceman — I've already spoken to generals — he should leave without his hands at the very least," Lukashenko said in a televised meeting.

Protesters rallied outside several universities on Friday in solidarity with students who were expelled this week for joining the strike, footage circulating in local media showed.

Several hundred people at the Belarusian State University of Informatics and Radioelectronics chanted "well done!" and applauded teachers who went on strike in solidarity with the expelled students, a video by TUT.BY showed.

Dozens, some holding posters saying "solidarity is our weapon," protested near the law faculty of the university, according to a picture published by Radio Svoboda.

More than 100 people protested in front of a school in Minsk, a day after police detained the father of three students who had joined the protests.

"Support students and teachers. Remind the regime: we will not let the future of our country be ruined," Tikhanovskaya said in a statement.

Dozens of factory workers have been laid off as punishment for joining the strike, according to information given by the strike groups.

The authorities have also closed several cafes and restaurants for supporting the strike, TUT.BY reported.

That included the Bro bakery in Minsk, whose founder Ilya Prokhorov wrote on Facebook that the shop had been shut by the authorities on sanitary grounds.

Lukashenko partially closed the country's land borders, replaced his interior minister and named three security hawks to new roles on Thursday in an attempt to tighten his grip.