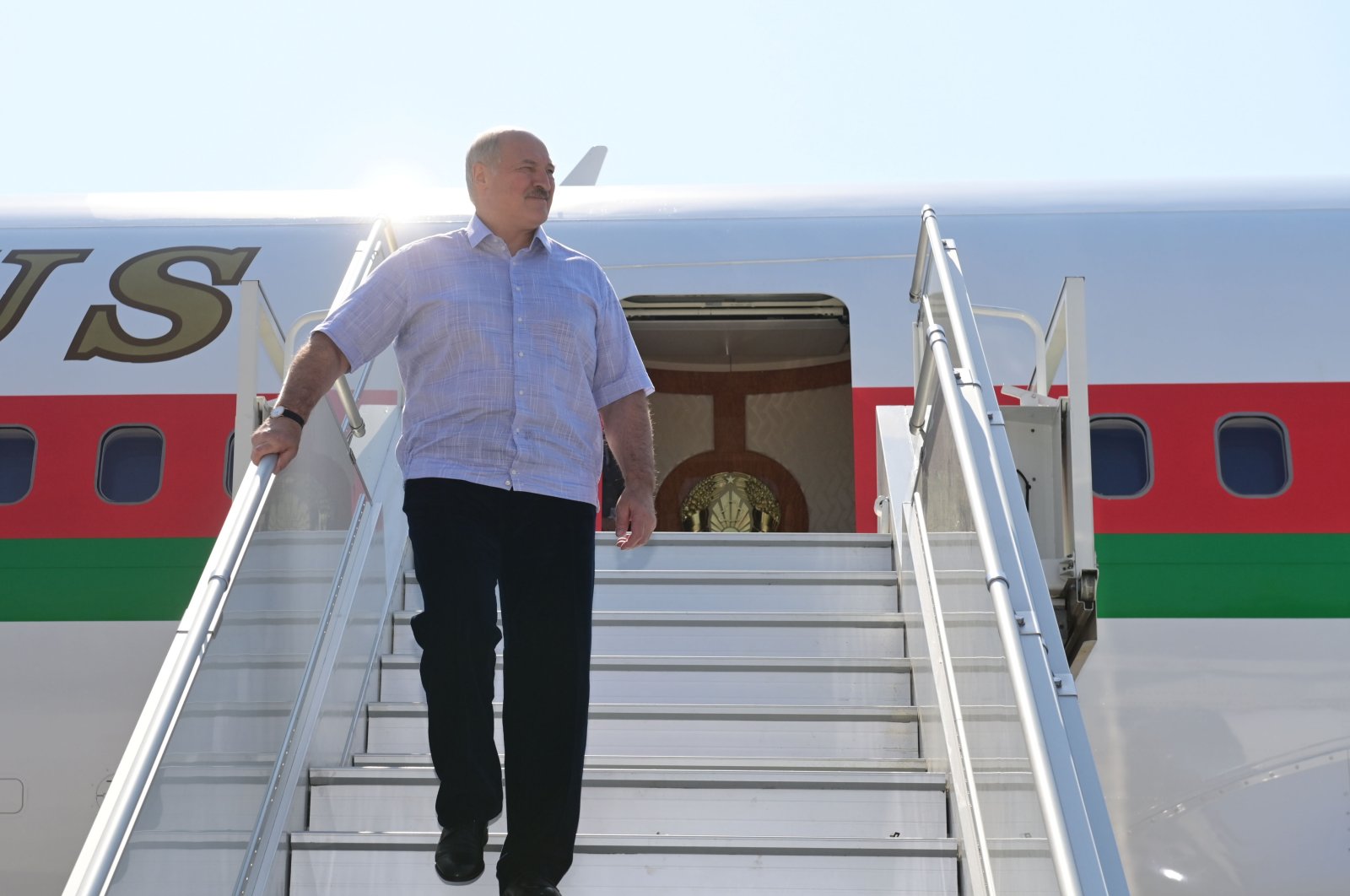 Belarus' authoritarian President Alexander Lukashenko visited Russia Monday in a bid to secure more loans and political support, as demonstrations against the extension of his 26-year rule entered their sixth week.

Alexander Lukashenko’s talks with Russian President Vladimir Putin in the Black Sea resort of Sochi come a day after an estimated 150,000 people flooded the streets of the Belarusian capital, demanding Lukashenko's resignation.

The Interior Ministry said 774 people were arrested in Minsk and other cities of Belarus for holding unsanctioned rallies on Sunday.

Protesters in Belarus have dismissed Lukashenko's reelection for a sixth term in the Aug. 9 vote as rigged. The United States and the European Union have criticized the election as neither free nor fair and urged the Belarusian leader to engage in talks with the opposition, a demand he rejected.

In a bid to win Moscow's support, the 66-year-old former state farm director has tried to cast the protests as an effort by the West to isolate Russia, which sees the neighbor as a key bulwark against NATO and a major conduit for energy exports to Europe.

Russia and Belarus have a union treaty envisaging close political, economic and military ties, but they have often engaged in acrimonious disputes. Before the election, Lukashenko repeatedly accused the Kremlin of pressing Belarus to abandon its independence. But with the U.S. and the European Union criticizing the election and readying a package of sanctions, Lukashenko now has to rely squarely on Russia's support.

Despite frictions in the past, the Kremlin abhors the prospect of public protests forcing the resignation of the nation's leader, fearing it could embolden Putin's critics at home.

Putin quickly congratulated Lukashenko on his re-election and promised to send Russian police to Belarus if protests there turn violent, noting that there is no need for that yet. Moscow has also signaled it's ready to discuss the restructuring of Belarus' $1 billion debt to Russia, a key issue in Monday's talks between Putin and Lukashenko.

Putin said last month he had set up a "reserve police force" at Lukashenko's request, to be deployed only if needed. On Monday, Russia will send paratroopers to Belarus for joint "Slavic brotherhood" military drills until Sept. 25, RIA news agency reported. Russia has also offered to restructure Belarusian debt and support its banks.

Belarus is the former Soviet republic with the closest political, social, economic and defense relationships with Russia. The two countries even proclaimed a "union state" in the 1990s, complete with a Soviet-style red flag.

The cost of Putin's support could be Lukashenko's acceptance of even greater Russian dominance. The Kremlin has long pushed for closer integration, including a joint currency. Lukashenko has resisted some of those measures.