Belarus police step up clampdown with hundreds of arrests 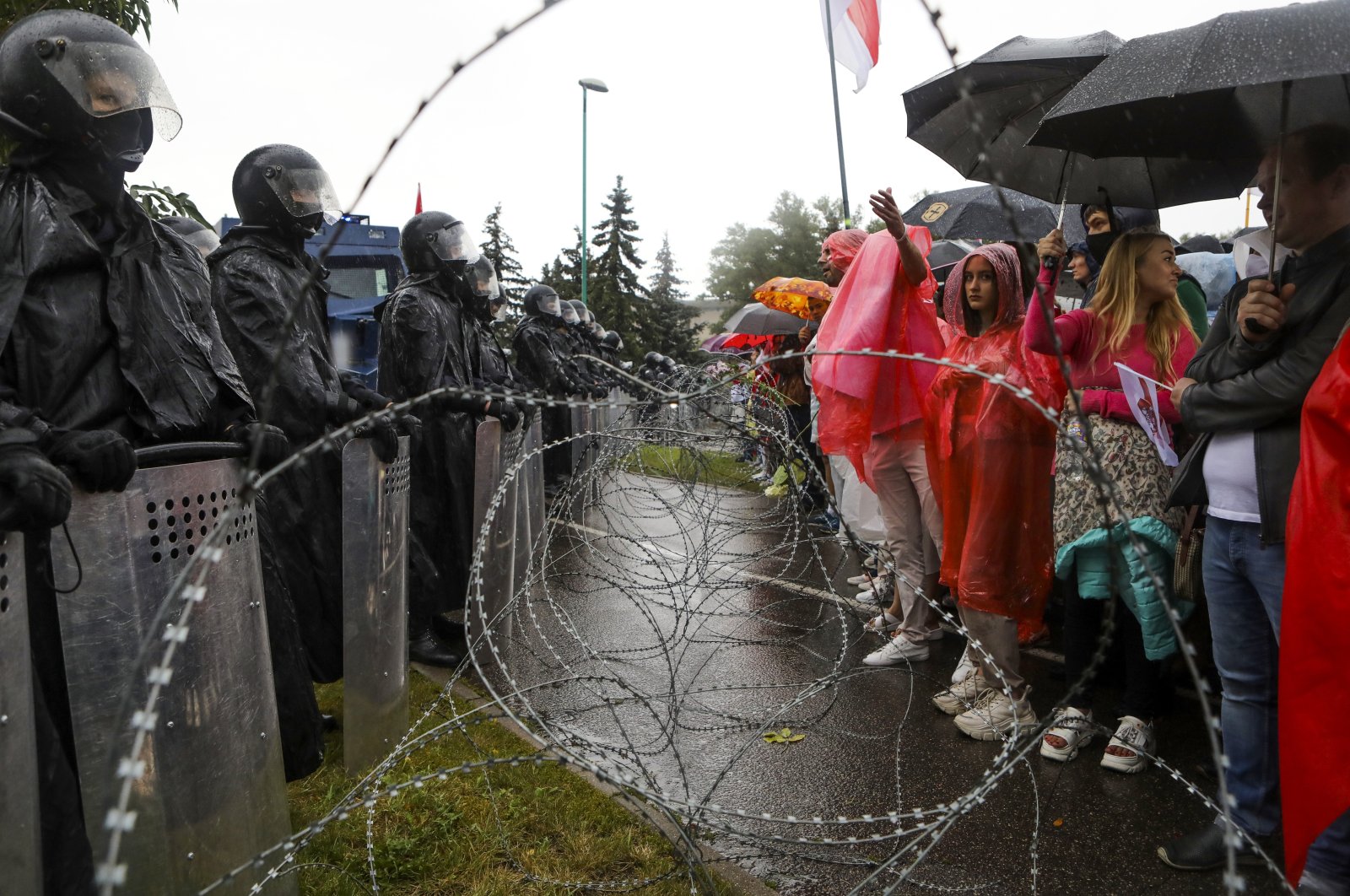 Police in Belarus said Monday that more than 600 people were arrested at weekend protests as authorities intensified efforts to end weeks of demonstrations against President Alexander Lukashenko.

A senior opposition figure, Maria Kolesnikova, was feared to have been among those detained, with her office saying witnesses described her being snatched off the street in the capital Minsk on Monday morning by unidentified men in black.

Lukashenko is facing an unprecedented challenge to his 26 years in power in the ex-Soviet country, with massive crowds protesting against his disputed reelection on Aug. 9.

According to reports, the crowd of demonstrators waving the opposition's red-and-white flag on Sunday appeared to be as large or larger than on the previous three Sundays, when more than 100,000 people rallied in the streets of Minsk. But police also appeared to be stepping up a campaign to quash the demonstrations, with troops, water cannon and armored vehicles deployed in the city center on Sunday.

As demonstrators gradually dispersed in the evening, local media reported that hooded men in civilian clothes with batons were chasing and beating demonstrators.

Interior ministry spokesperson Olga Chemodanova said Monday that 633 people had been detained on Sunday for illegal mass gatherings, one of the largest roundups of protesters since the early days of the demonstrations.

Security forces cracked down hard on the first demonstrations, with thousands arrested and many of those detained accusing police of beatings and torture but had eased off after a widespread domestic outcry and international condemnation.