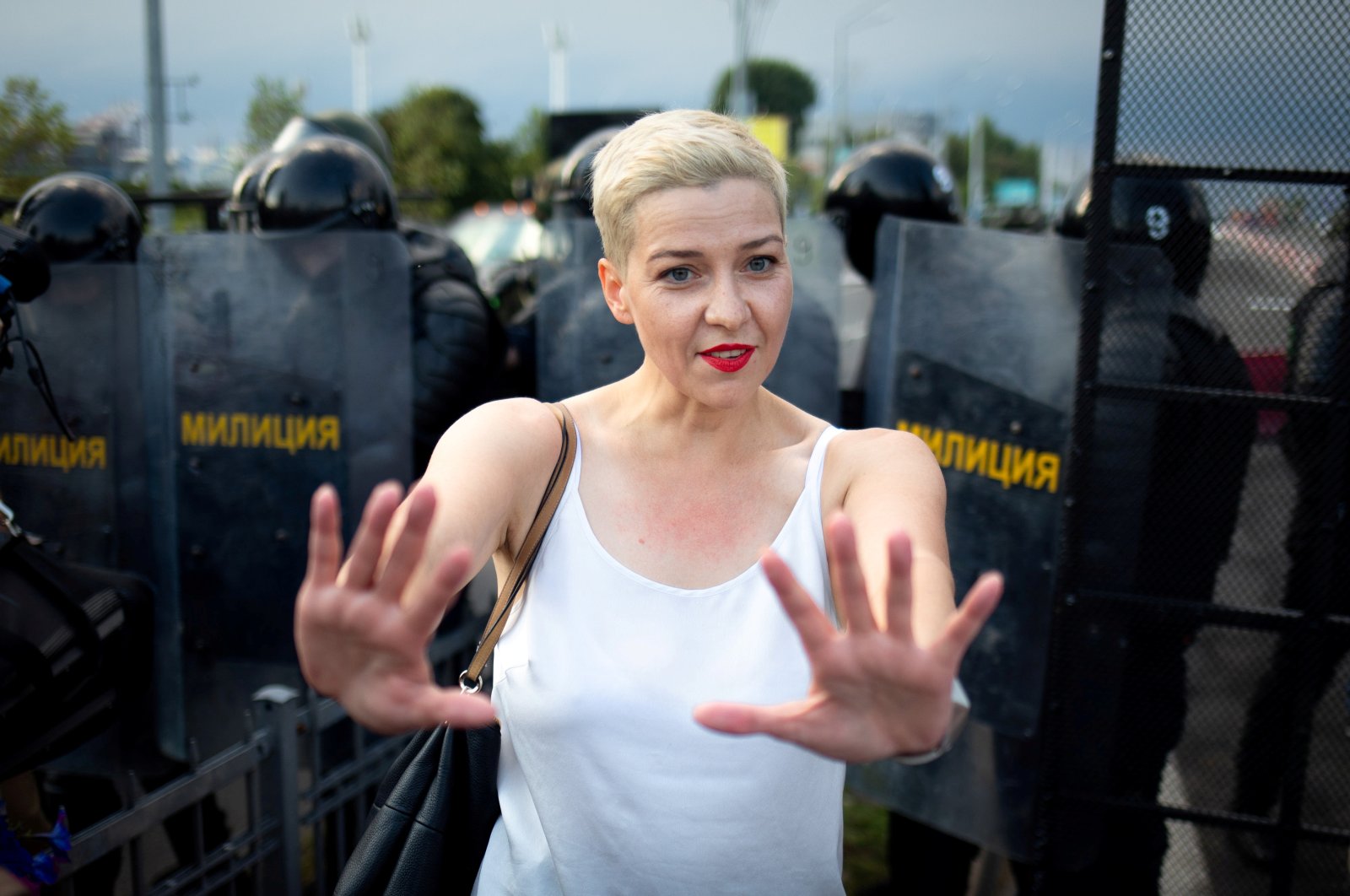 Belarus opposition politician Maria Kolesnikova said security officers put a bag over her head and threatened to kill her when they tried to forcibly deport her to Ukraine earlier this week, according to a statement filed by her lawyer on Thursday.

Kolesnikova, a prominent leader of the monthlong protests against the reelection of President Alexander Lukashenko, prevented the attempt to expel her by tearing up her passport. She is now in detention in the capital Minsk.

She said in the statement that she had genuinely feared for her life.

"In particular it was stated that if I did not voluntarily leave the Republic of Belarus, I would be taken out anyway, alive or in bits. There were also threats to imprison me for up to 25 years," Kolesnikova said.

Her lawyer said she was filing a criminal complaint against Belarusian authorities, including the KGB security police.

Kolesnikova was detained while trying to enter Ukraine in the early hours of Tuesday morning, a day after her allies said she had been grabbed off the street by masked men.

The opposition movement on Monday claimed that masked men had detained Kolesnikova in central Minsk and driven her off in a van, while two other activists disappeared later. Those two allies successfully crossed into Ukraine in the early hours of Tuesday morning, the Ukrainian border service said.

"Kolesnikova has now been detained. She was detained in connection with the circumstances under which they (the group) left the territory of Belarus," Anton Bychkovsky, a representative of the Belarusian border service, told Reuters by phone.

The official Belta news agency reported that Kolesnikova's car had accelerated sharply after being confronted by a border guard.

"Kolesnikova was outside the vehicle. In fact, she was pushed from it, and it continued moving toward the Ukrainian side," Belta quoted the border service as saying.

Lukashenko denies rigging the Aug. 9 election, which official results said he won by a landslide, and has cracked down hard on opponents demanding his resignation. The Belarusian strongman, who has been in power for the last 26 years, accused foreign powers of trying to topple him in a revolution. He has responded with a crackdown which some that are detained say includes torture and beatings.