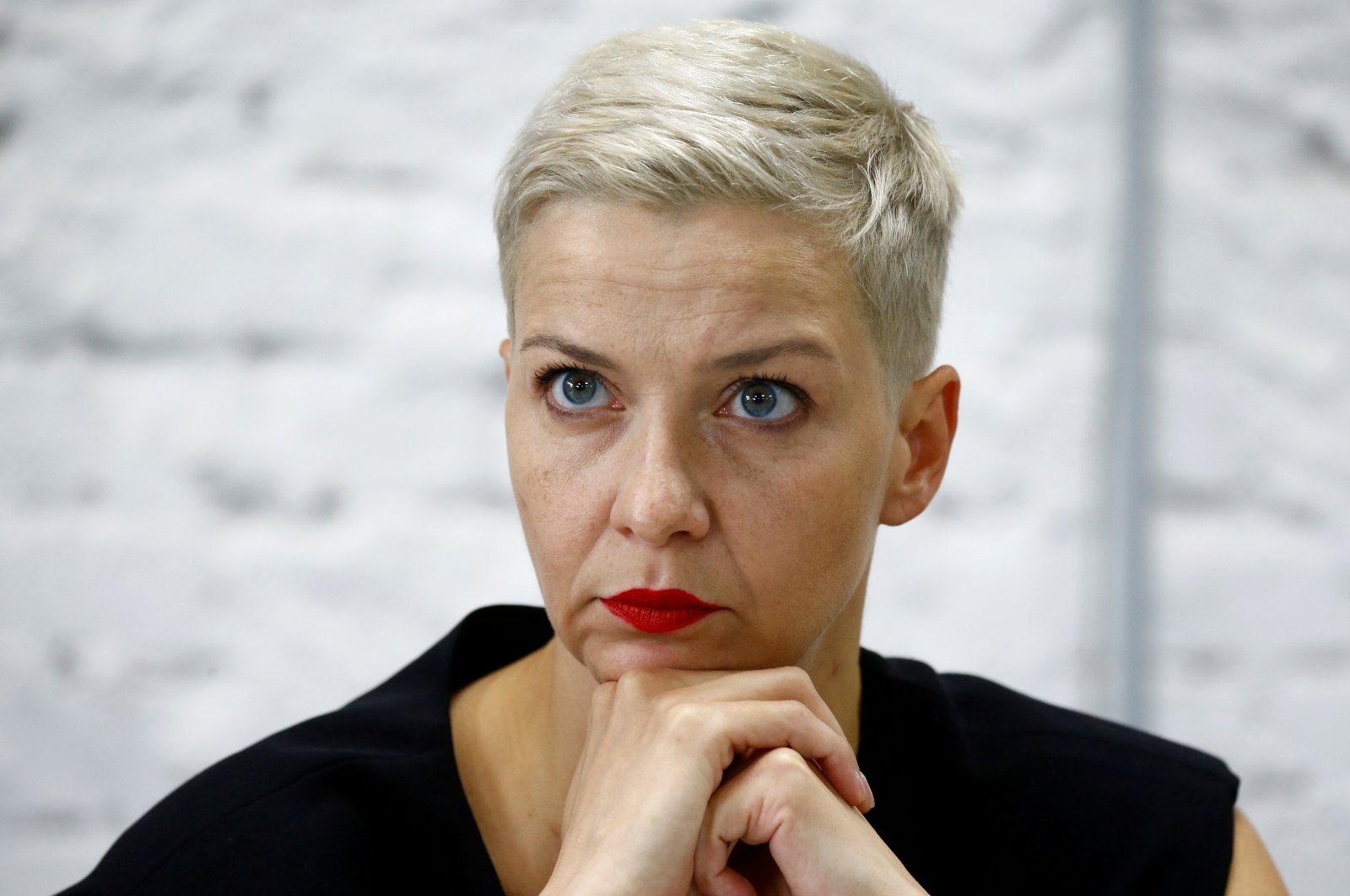 Politician and representative of the Coordination Council for members of the Belarusian opposition Maria Kolesnikova attends a news conference in Minsk, Belarus, Aug. 24, 2020. (Reuters Photo)
by REUTERS Sep 08, 2020 9:30 am
RECOMMENDED

Belarusian protest leader Maria Kolesnikova was detained while trying to enter Ukraine in the early hours of Tuesday morning, a Belarusian border official told Reuters, a day after her allies said she had been grabbed off the street by masked men.

The circumstances of her attempted journey to Ukraine were not immediately clear, with some media reports initially suggesting she had made it across the border, something border guards on both sides later denied.

The opposition movement on Monday said that masked men had detained Kolesnikova in central Minsk and driven her off in a van, while two other activists disappeared later.

Those two allies successfully crossed into Ukraine in the early hours of Tuesday morning, the Ukrainian border service said.

"Kolesnikova has now been detained, I can't say concretely where she is, but she has been detained," Anton Bychkovsky, a representative of the Belarusian border service, told Reuters by phone.

"She was detained in connection with the circumstances under which they (the group) left the territory of Belarus," he said.

The official Belta news agency said she had been traveling with the two other activists who made it into Ukraine. Kolesnikova could not immediately be reached for comment.

Belta reported that Kolesnikova's car had accelerated sharply after being confronted by a border guard.

"Kolesnikova was outside the vehicle. In fact, she was pushed from it, and it continued moving toward the Ukrainian side," Belta quoted the border service as saying.

Reuters could not confirm the details of the account.

Police in Minsk were cited by Russia's Interfax news agency as saying on Monday that they had not detained Kolesnikova.

Kolesnikova, a member of the opposition coordination council, was the last of three female politicians left in Belarus who joined forces before an Aug. 9 presidential election to try to challenge veteran incumbent Alexander Lukashenko.

A vocal critic of Lukashenko, she has played an important role in weeks of mass demonstrations and strikes by protesters who accuse Lukashenko of rigging his reelection.

Lukashenko, who has been in power for the last 26 years, denies that allegation and has accused foreign powers of trying to topple him in a revolution. He has responded with a crackdown which some those detained say includes torture and beatings.