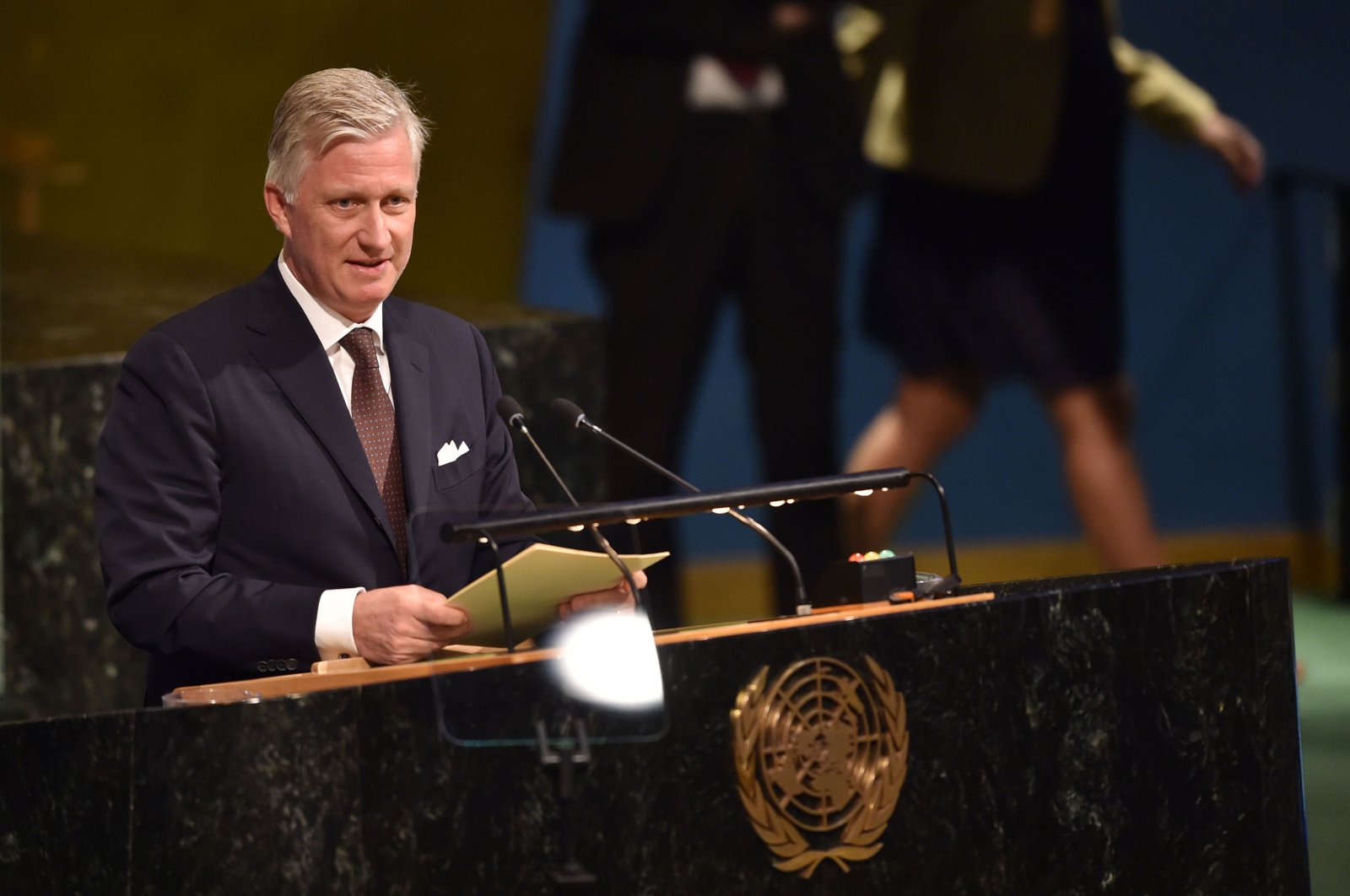 King Philippe of Belgium speaks during the opening session of the 72nd High-Level Meeting on Peacebuilding and Sustaining Peace at United Nations Headquarters in New York, April 24, 2018. (AFP Photo)
by French Press Agency - AFP
Jun 30, 2020 11:10 am

Belgium's King Philippe expressed his "deepest regrets" for the harm done during Belgian colonial rule in DR Congo, in a first for his country.

"I want to express my deepest regrets for these wounds of the past whose pain is reawakened today by the discrimination still present in our societies," Philippe said Tuesday in a letter to DR Congo President Felix Tshisekedi to mark the country's 60th independence anniversary.

The death of African American George Floyd late last month as he was being arrested by police in Minneapolis in the U.S. has stoked fresh debate in Belgium over its colonial record.

Historians say that millions of Africans from areas in what is now the Democratic Republic of Congo were killed, mutilated or died of disease as they worked on rubber plantations belonging to Belgium's King Leopold II.

Philippe, without mentioning Leopold by name, said that during this period "acts of violence and cruelty were committed which weigh on our collective memory."

"The colonial period which followed (1908-60) also caused suffering and humiliation," he said.

Philippe said he would combat all forms of racism and said he wanted to encourage the reflection on the issue begun by the Belgian parliament so that such memories could be put to rest.

Several statues of Leopold, who ruled between 1865 and 1909, have been daubed with paint or torn down by protesters in Belgium in recent weeks, and a petition has been launched for their removal.

And some institutions have removed busts or statues from public view to defuse public anger.