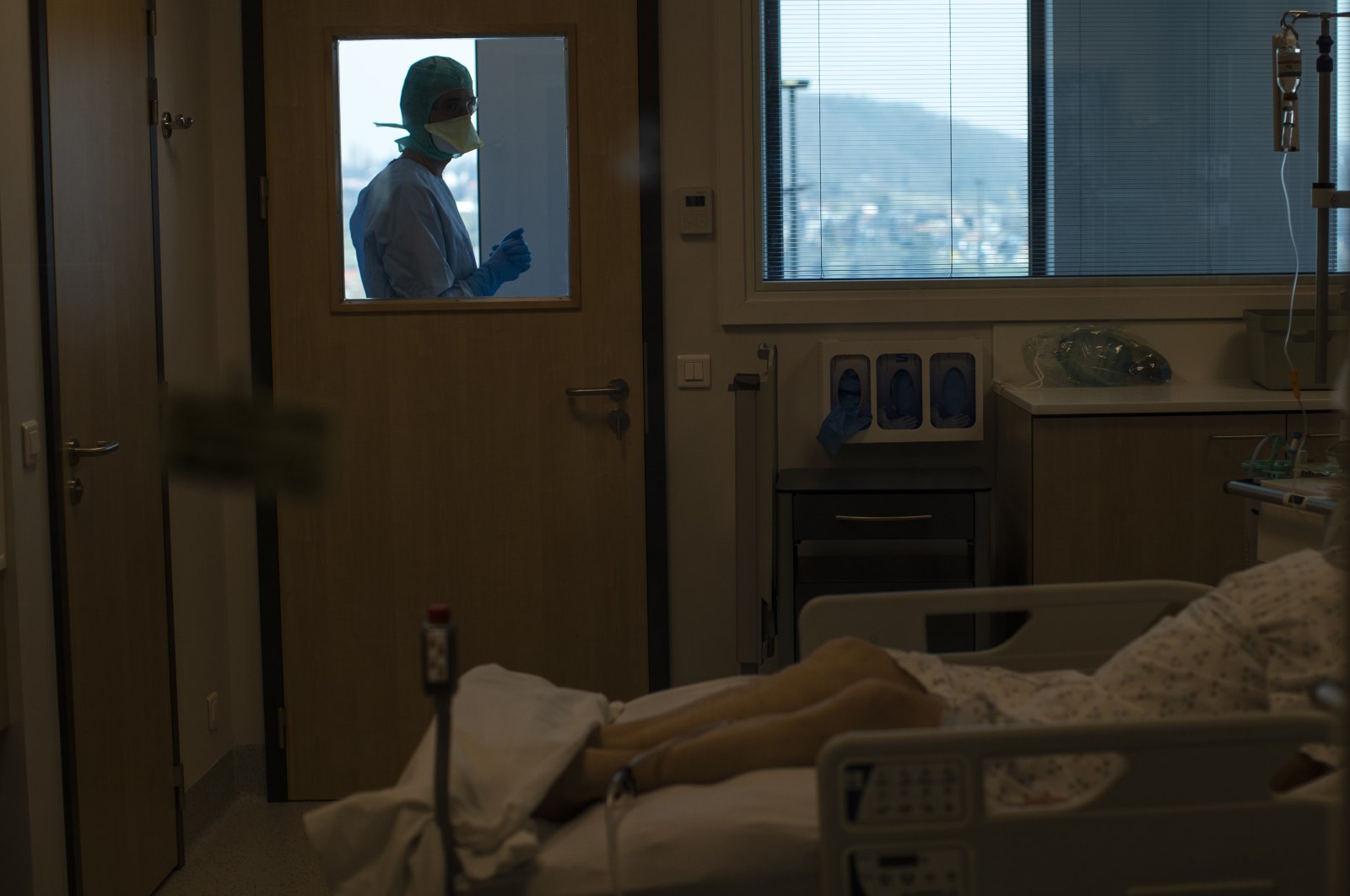 In this photograph taken from behind a window, medical personnel work in the intensive care ward for COVID-19 patients at the MontLegia CHC hospital in Liege, Belgium, Friday, March 27, 2020. (AP Photo)
by French Press Agency - AFP Apr 02, 2020 12:35 pm

The number of deaths attributed to the global coronavirus epidemic in Belgium increased sharply and passed the 1,000 mark Thursday, health officials said.

The official toll in the country of 11.4 million has doubled in the space of three days, in part because figures have been updated with a backlog of fatalities in retirement homes.

There have now been 1,011 deaths and 15,348 officially recorded cases since the start of the outbreak, officials told a daily news conference.

Earlier this week Andre confirmed the death of a 12-year-old girl among those infected with COVID-19.

Belgium has entered what authorities hope will be the nation's peak period of the pandemic, and around half the intensive care beds in hospital units across the country are occupied, Andre said.

The country has imposed a similar national lockdown to those in its European neighbors, with restaurants, bars and non-essential firms shut, school suspended and public events banned.

Belgium even put its year-old search for a stable coalition government on hold for a while, with Parliament giving caretaker Prime Minister Sophie Wilmes a mandate to tackle the virus.

Per capita Belgium remains among the worst-hit countries in Europe.