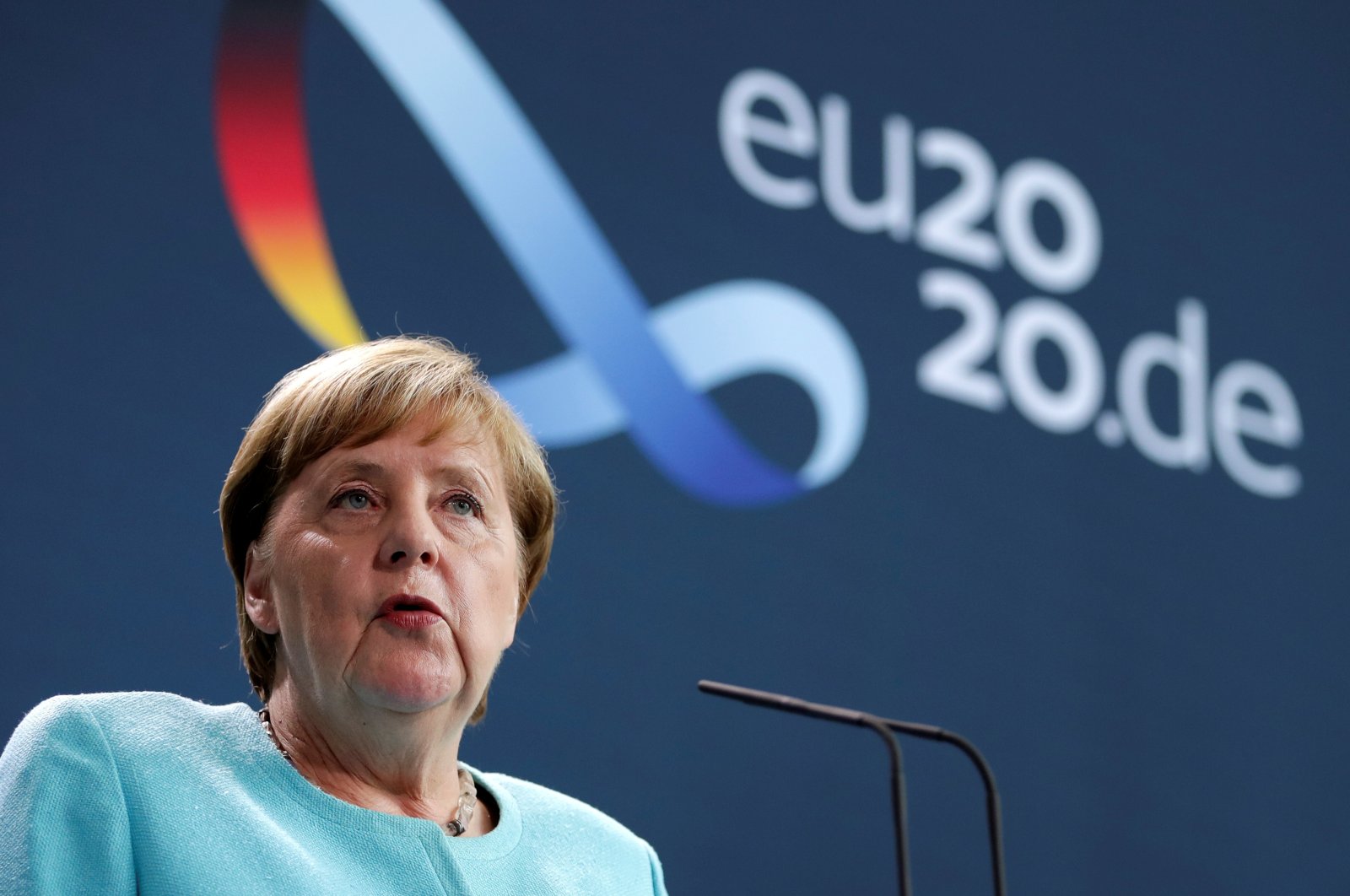 German Chancellor Angela Merkel speaks to reporters after EU leaders held a video summit on the situation in Belarus, at the Chancellery in Berlin, August 19, 2020. (REUTERS)
by Anadolu Agency
Aug 19, 2020 5:33 pm

Germany on Wednesday warned against Russian military intervention in Belarus and called for a national dialogue to overcome the country's political crisis.

Speaking at a press conference in Berlin following a videoconference with EU leaders, Angela Merkel said the Aug. 9 presidential elections in Belarus were "neither fair nor free," and therefore the results would not be recognized by the EU.

Asked about neighboring Russia's possible role in overcoming the country's crisis country, and speculation about possible military intervention, Merkel said her government is in close dialogue with Moscow to head off such scenarios.

"Russia and Belarus have a very close relationship with substantial agreements. Nevertheless, we made it clear that Russian military intervention would complicate things greatly," she said.

Merkel stressed that Belarus should find a way out of the crisis on its own through a national dialogue process, taking into account the demands of the opposition.

She said the EU member states would work on "targeted sanctions" on those behind the violence against peaceful demonstrators and those responsible for election fraud.

Alexander Lukashenko, who has ruled Belarus for 26 years, officially won the Aug. 9 presidential election with 80.1% of the vote. His main rival Svetlana Tikhanovskaya scored only 10.12%, according to the Central Election Commission.

Tikhanovskaya said on Monday that she is ready to lead the nation through a transitional period in order to end the unrest and organize a new "fair and open presidential election" as soon as possible.