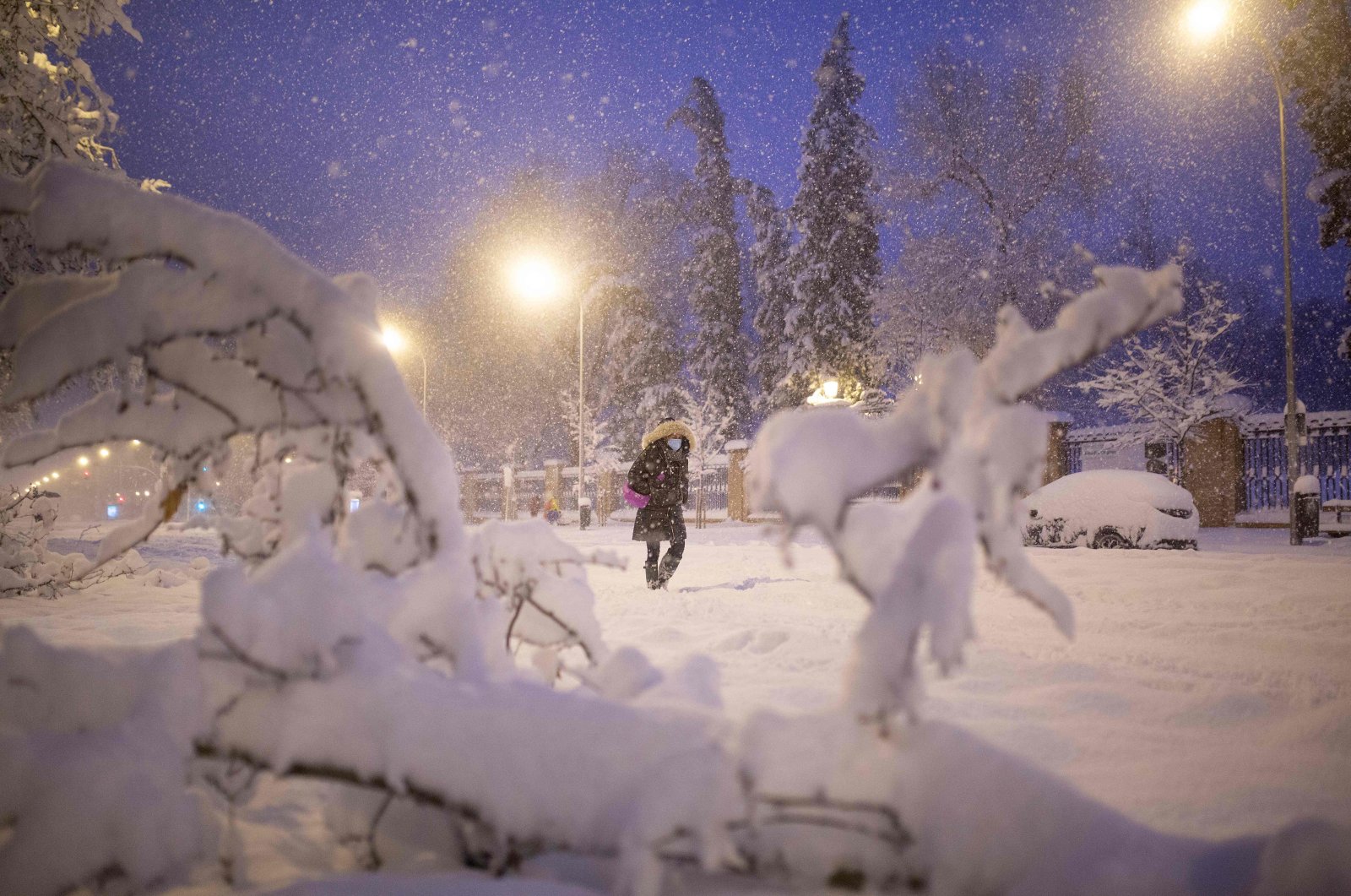 An unusual and persistent blizzard has blanketed large parts of Spain with snow, freezing traffic and leaving thousands trapped in cars or in train stations and airports that had suspended all services as the snow kept falling on Saturday.

The capital, Madrid, and other parts of central Spain activated for the first time a red weather alert, the highest, and called in the military to rescue people from vehicles trapped on everything from small roads to the city's major thoroughfares.

The national AEMET weather agency had warned that some regions would be receiving more than 24 hours of continuous snowfall due to the odd combination of a cold air mass stagnant over the Iberian Peninsula and the arrival of the warmer Storm Filomena from the south.

AEMET had said that up to 20 centimeters (nearly 8 inches) of snow could accumulate in large parts of the country but the build-up reached more than 50 centimeters even in urban areas. The storm is expected to move northeast throughout Saturday, the agency said.

Carlos Novillo, head of the Madrid emergency agency, said that more than 1,000 vehicles had become trapped, mostly on the city's ring road and the main motorway that leads from the capital to the south, toward the Castilla La Mancha and Andalucia regions.

"The situation remains of high risk. This is a very complex phenomenon and a critical situation," Novillo said Saturday morning in a message posted on social media.

"We ask all those who remain trapped to be patient, we will get to you," he added.

Airport operator AENA said that the Adolfo Suárez Madrid-Barajas International Airport, the main gateway in and out of the country, would remain closed throughout the day after the blizzard bested machines and workers trying to keep the runways clear of snow.

All trains into and out of Madrid, both commuter routes and long-distance passenger trains, as well as railway lines between the south and the northeast of the country, were suspended, railway operator Renfe said.

The storm had caused serious disruptions or closed altogether over 430 roads by Saturday morning, according to Spain’s transit authorities, which urged people to stay indoors and avoid all non-essential travel.

The wintry weather even halted the country's soccer league, with some of the La Liga's top teams unable to travel for games. A flight to Madrid carrying players of the current leader in the championship, Athletic Bilbao, had to return to the Bilbao airport, while the second-place Real Madrid team was unable to take off for its match against Osasuna on Saturday night.

The blizzard also yielded unusual images for many Madrileños, including a few brave people heading out with their ski gear on a main commercial avenue and in the central Puerta del Sol square, and even a dog sled that was seen on videos widely circulated on social media.