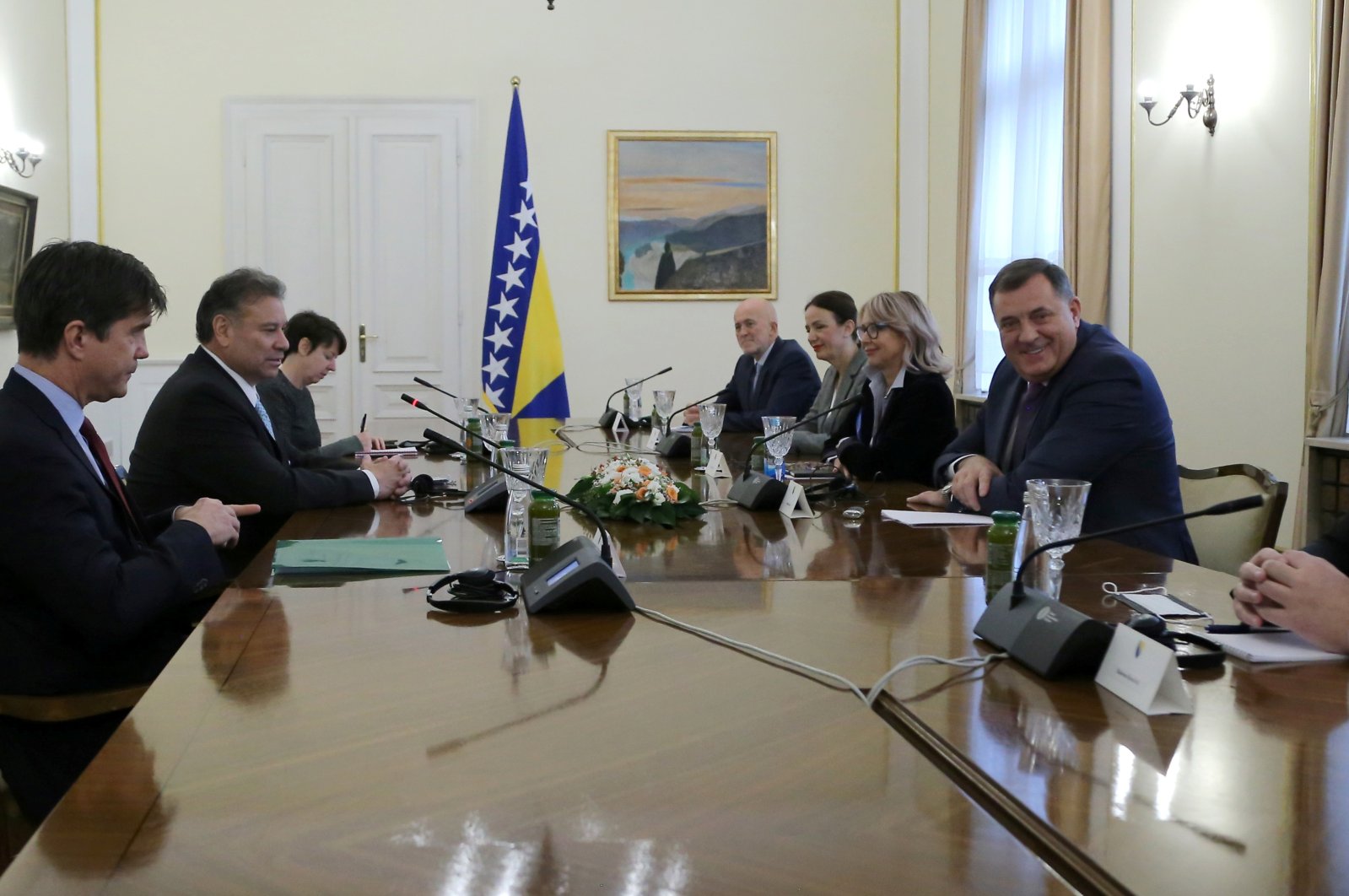 Members of Bosnia’s collective presidency have offered assurances that there will be no repeat of ethnic clashes in the war-scarred nation, a senior United States diplomat said on Monday, despite deep tensions triggered by Bosnian Serb separatist moves.

“The most important thing that we agreed with all of the interlocutors that we met with today is that we all agree that there will be no war and that’s the most important message,” said Gabriel Escobar, U.S. deputy assistant secretary of state in charge of the Western Balkans, after his meetings with Bosniak, Serb and Croat presidency members.

Escobar's arrival comes as Bosnia is going through its worst political crisis since the U.S.-sponsored Dayton peace accords ended its war in the 1990s.

The Bosnian War started in 1992 when Bosnian Serbs, with the help of the Yugoslav army, tried to create ethnically pure territories with the aim of joining neighboring Serbia. More than 100,000 people were killed and millions were left homeless in the worst bloodshed in Europe since World War II.

The 1992-1995 war pitted Bosniaks, who are mostly Muslims, as well as Serbs and Croats against each other and ended with the U.S.-sponsored peace agreement that created two regions – the Republika Srpska and the Bosniak-Croat Federation. The two regions were given wide autonomy, but some joint institutions were kept including the army, the top judiciary and tax administration.

Escobar’s visit comes a week after the chief international representative in Bosnia, German diplomat Christian Schmidt, warned that the 1995 peace deal that stopped the bloody civil war could unravel.

Schmidt also warned that the Balkan nation could break up if the international community does not curb threatened separatist actions by Bosnian Serb leader and presidency member Milorad Dodik.

Dodik, emboldened by a lack of pressure from the European Union and the U.S., as well as support from Russia and traditional ally Serbia, recently intensified his campaign, pledging that the Bosnian Serb parliament would by the end of November prepare laws allowing for the creation of its own army, tax authority and judiciary.

After separate talks with Dodik and the other two presidency members – Croat Zeljko Komsic and Bosniak Safik Dzaferovic – Escobar said “the thing we wanted to make sure is that Bosnia remains independent sovereign and territorially whole.”

Escobar said he had “a productive meeting with Mr. Dodik where he was open to discussing withdrawing all of the legislation that would weaken the central institutions.”