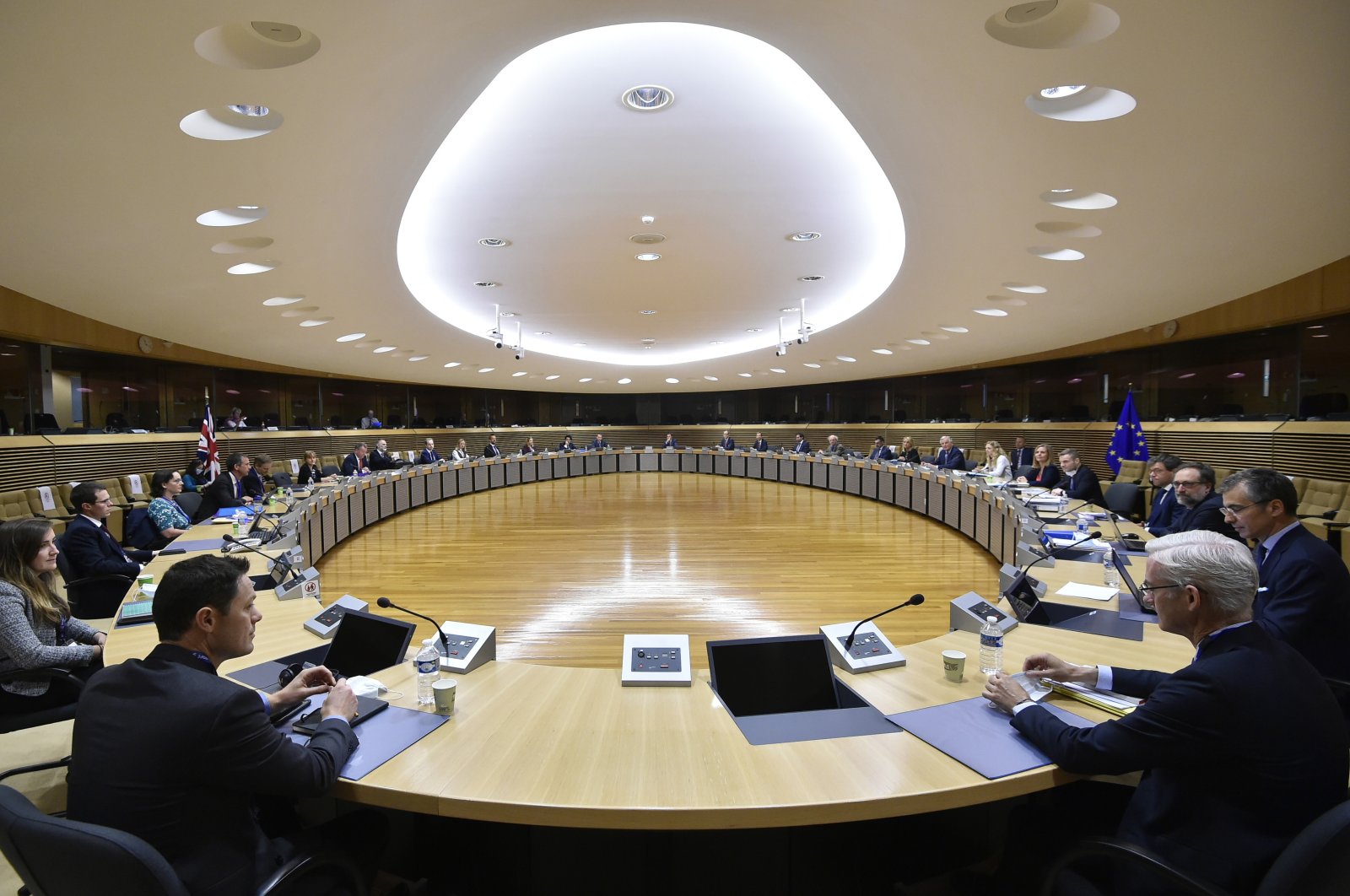 The European Union Sunday rejected an incendiary claim by Prime Minister Boris Johnson that the bloc was plotting to destabilize the U.K. as another week of Brexit high drama beckoned, headlined by a stormy parliamentary debate in London.

The war of words escalated over a new British government bill that London admits is in violation of its EU divorce treaty – legislation that has sparked a furious response from former prime ministers Tony Blair and John Major, as well as sitting MPs.

Johnson's claim that the 27-nation EU was plotting to choke off food supplies via crippling new trade barriers between Britain and Northern Ireland was "spin and not the truth," Irish Foreign Minister Simon Coveney told BBC television.

"There is no blockade proposed," he added, calling it "inflammatory language coming from Number 10 (Downing Street)."

Charles Michel, who heads the EU Council of government chiefs, said Britain's "international credibility" was at stake as both sides battle to unwind nearly 50 years of economic integration, following a deeply divisive referendum in the U.K.

EU trade negotiator Michel Barnier insisted that a Northern Irish protocol in the EU treaty was "not a threat to the integrity of the U.K.," as claimed by Johnson in Saturday's Daily Telegraph newspaper.

Major and Blair, who led Britain through Northern Ireland's historic peace talks in the 1990s, wrote in the Sunday Times that the government's actions were "shaming itself and embarrassing our nation."

Backed by the EU, Ireland stresses the provisions for Northern Ireland were agreed by both sides to ensure fair competition after Brexit and to comply with a 1998 peace deal, the Good Friday Agreement, which ended three decades of unrest in the province.

Johnson had accused the EU of threatening to tear the U.K. apart by imposing a food "blockade" between Britain and Northern Ireland, which is meant to enjoy a special status with the EU after Brexit. Johnson said the EU's stance justified his government's introduction of the new legislation to regulate the U.K.'s internal market and maintain access to Northern Ireland after a post-Brexit transition period expires at the end of this year.

The food dispute centers on the EU's reluctance to grant Britain "third country" status, which acknowledges that a nation meets basic requirements to export their foodstuffs to Europe.

The EU is worried that post-Brexit Britain could undercut its own food standards, as well as rules on state aid for companies, and infiltrate its single market via Northern Ireland.

After the latest round of trade talks last week in London, Barnier had said that "many uncertainties" remained about Britain's food export regime after Jan. 1 and that "more clarity" was needed for the U.K. to enjoy third-country listing.

Barnier is due to meet again this week with his British counterpart David Frost in Brussels, days after the EU threatened Britain with legal action unless it withdrew its unilateral changes by the end of September.

Frost Sunday replied to Barnier with a lengthy thread on Twitter that made details of their closed-door disagreements public. Frost said Britain's food rules would stay exactly the same on Jan. 1, but that Barnier's team had stated "to us explicitly in these talks that if we are not listed we will not be able to move food to Northern Ireland".

EU diplomats, as well as Johnson's many critics in Britain, suspect that the government is using the new legislation to jettison the entire framework of negotiations after failing to realize the treaty's full implications.

The bill will come up for its first debate in the House of Commons Monday, while mutinous MPs are demanding its withdrawal and pressing for Justice Secretary Robert Buckland to resign.

"If I see the rule of law being broken in a way I find unacceptable then, of course, I will go," Buckland told the BBC.

"I don't believe we're going to get to that stage," he added, reiterating Johnson's view that the new bill was an "insurance policy" in the event of a Brexit "no deal" this year.