Britain revises up coronavirus-related deaths to 46,000 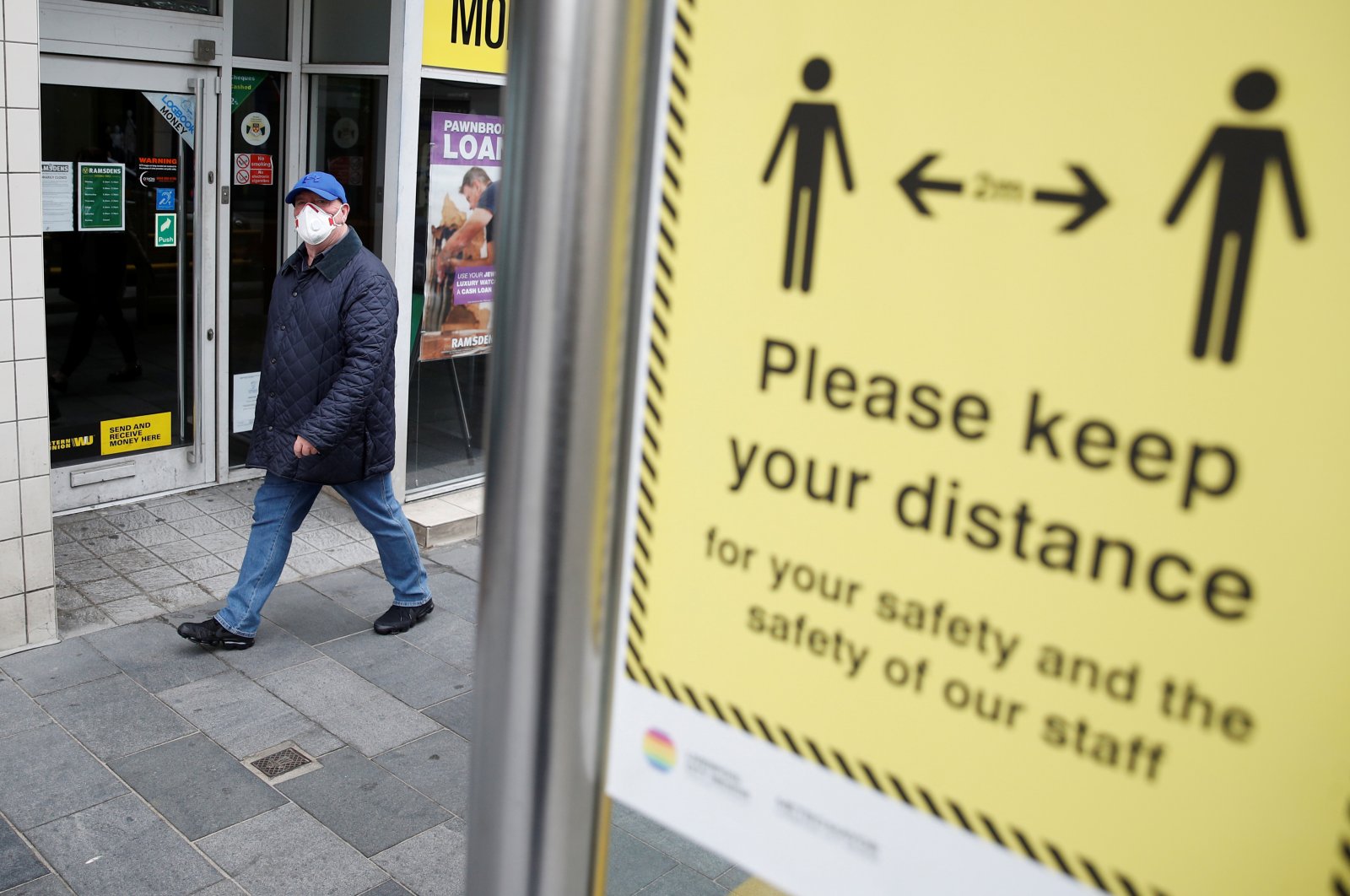 A man wearing a face mask walks by a social distance sign in Liverpool, following the outbreak of the coronavirus disease (COVID-19), Liverpool, Britain, May 26, 2020. (Reuters Photo)
by French Press Agency - AFP May 26, 2020 1:55 pm
RECOMMENDED

Britain's number of deaths "involving" the coronavirus has risen to 46,000, substantially higher than the 36,914 fatalities officially reported so far, according to a statistical update released Tuesday.

The daily death tolls released in Britain only include fatalities that have been confirmed by a positive test.

But the Office for National Statistics (ONS) conducts separate studies tallying all fatalities in which COVID-19 is suspected or mentioned on the death certificate.

That figure rose to roughly 46,000 for England, Wales, Northern Ireland and Scotland, although each country reports the number of deaths counted by slightly different dates – either May 15 or May 20.

This means Britain's virus-related toll is now ever higher, although the weekly trends continue to show a slowdown in the virus's spread.

Countries have struggled to count their dead from the new disease.

This happened because Spanish officials switched to a new data gathering system that discovered that some deaths were being counted twice.

But most countries believe that their official toll underreports the real scale of the health disaster.

Italy, which bore the initial brunt of the disease in Europe, discovered in early May that there were nearly 11,700 unaccounted deaths in hospitals, care homes and the community between Feb. 20 and March 31 alone.

If these deaths were added to the official death toll, Italy's number of COVID-19 fatalities would be similar to those reported by the ONS for Britain on Tuesday.

Britain is one of the last European countries to start emerging from its coronavirus lockdown.

Most stores are closed and the few restaurants and cafes that are open only provide take out and delivery services.

But Prime Minister Boris Johnson intends to reopen schools for younger children on June 1, after easing stay at home orders in May.

Non-essential retail will resume on June 15 if the virus remains contained, Johnson said.