Bulgarian president calls on government to resign amid growing protests 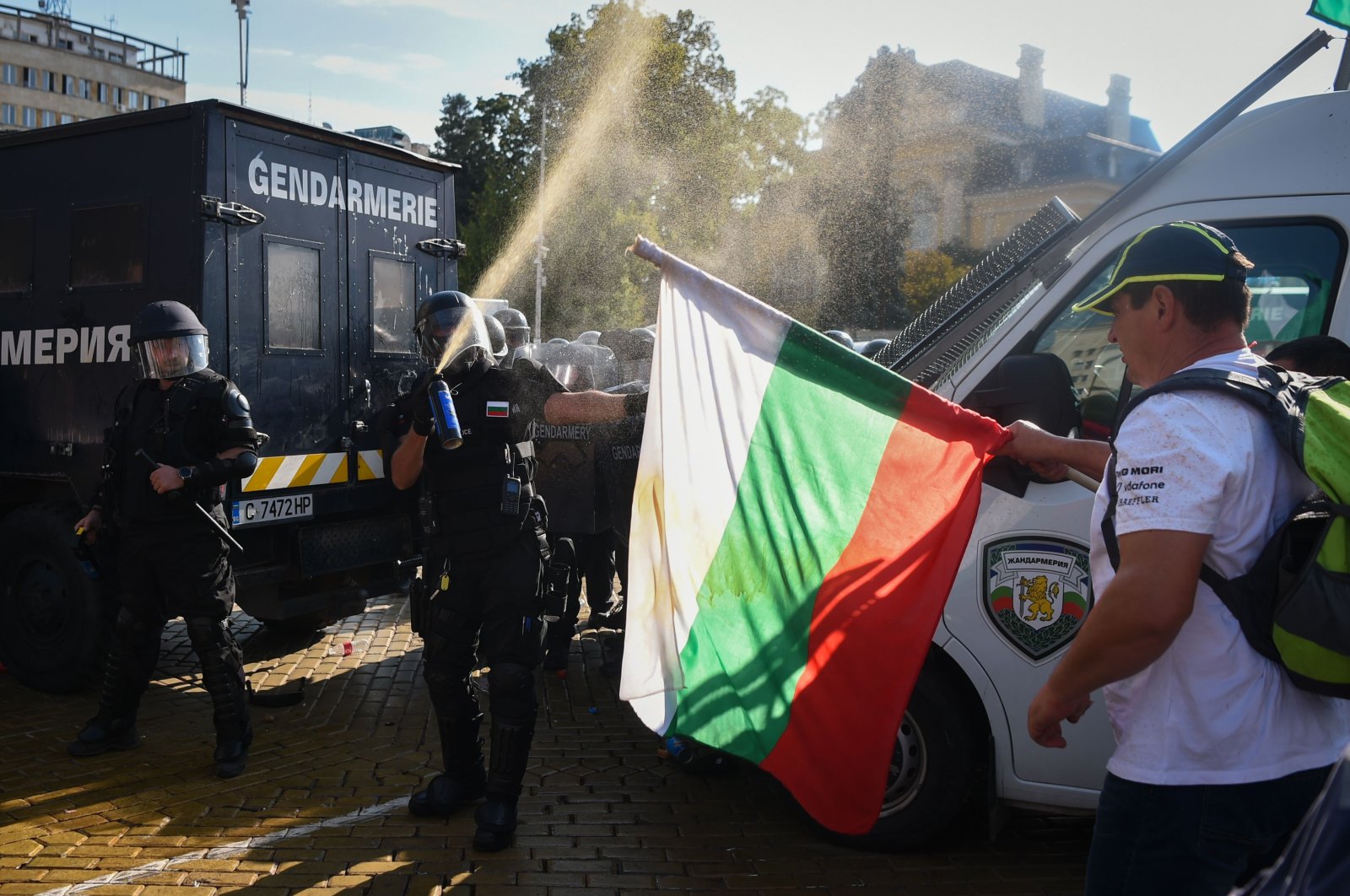 Bulgaria's president Wednesday called for the government to step down, echoing the appeals of protesters demanding the resignations of the prime minister and the chief prosecutor over allegations they allowed an oligarchic mafia to seize control of the Balkan country.

The biggest demonstration in nearly two months of anti-government rallies drew thousands of people into the streets of the capital Sofia. Hundreds of police officers in riot gear cordoned off the parliament building to protect it from protesters throwing stones, plastic bottles, eggs and garbage. Officers also used pepper spray.

Several people have been detained, and dozens of injured were taken to the hospital, authorities said.

In an address to lawmakers during the opening session of parliament, Bulgarian President Rumen Radev argued that the resignation of Prime Minister Boyko Borissov and his Cabinet was the only way out of the political turmoil.

"There is no way of emerging from this dead-end street other than peacefully, with the usual political act of resigning when confidence is lost,” Radev said.

After earlier statements indicating he might step down, Borissov now says he is answering protesters’ demands for a restart of the political system by launching a contentious revision of the Bulgarian Constitution.

On Thursday, the prime minister plans to try to win support from the majority of lawmakers required to launch up to five months of parliamentary debates on a new constitution, a move that could allow Borissov to remain in office until the next regularly scheduled election in March.

The president called on lawmakers to dismiss Borissov’s plans to amend the constitution.

"Not the lack of a new constitution brought the people on the streets, but rather the lack of morality in the leadership, the erosion of statehood and the corruption,” Radev said.

Radev, who was elected in 2016 as part of the Socialist Party, is a vocal critic of the prime minister's center-right government, accusing it of corruption, a lack of justice and suppression of the freedom of speech.

Thousands of people went to the streets of Sofia to demand the resignation of Borissov and chief prosecutor Ivan Gechev, accusing them of corruption and links to criminal groups.