Canaries volcano destroys hundreds of houses as lava creeps on 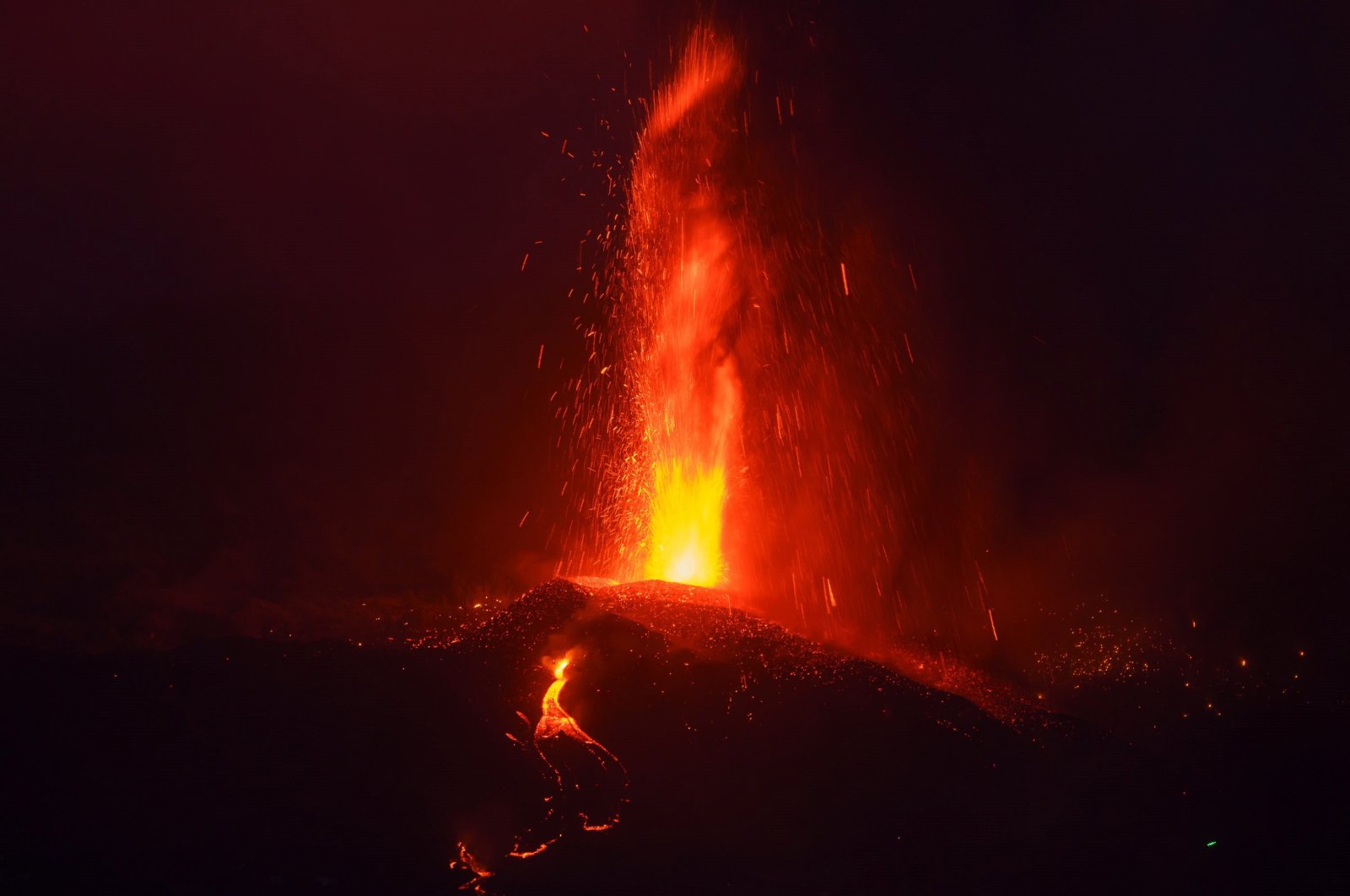 Distraught residents watch as a wall of molten lava creeps its way down the slopes of Spain's La Palma island, destroying more than 300 buildings in its way Wednesday.

The Cumbre Vieja volcano erupted on Sunday in the south of La Palma, one of seven islands that make up the Canary Islands archipelago off the coast of Morocco.

The EU's Copernicus observation program said the lava now covered 154 hectares (381 acres) and had destroyed 320 buildings, double the figure it had given 24 hours earlier.

Experts are expecting the number to rise as the slow-moving mass slides towards the island's western coast, when its interaction with the sea is likely to cause explosions and trigger toxic gas emissions.

So far, 6,100 people have been evacuated, among them 400 tourists who were taken to the neighboring island of Tenerife, the Canaries regional government said.

Although there have been no casualties, the damage to land and property has been enormous, with the Canaries regional head Angel Victor Torres estimating the figures to be well over 400 million euros ($470 million).

In a desperate attempt to divert the flow, firefighters could be seen using heavy machinery to dig a channel towards a nearby ravine as the advancing lava glowed in the background.

"It's not for a want of trying," they tweeted alongside a video of the digger hard at work.

Experts working on the Pevolca volcanic emergency plan say there are two lava flows: one to the north and one further south, which is barely moving.

David Calvo, an expert with the Involcan volcanology institute, said the lava had "slowed down a lot because it is reaching a very flat area but it is gaining height. There are areas where it is already 15 meters (49 feet) thick."

If the lava – which has a temperature of 1,100 degrees Celsius (2,012 degrees Fahrenheit) – continues to move at the same pace, it will reach the sea later on Wednesday or possibly Thursday.

And when it gets there, there will be "a huge battle of the titans between the water and the lava," he said.

"With those contrasting temperatures, it causes massive explosions and a fragmentation of the lava (that) shoots out like missiles."

Involcan experts witnessed the same phenomenon in 2018 at the Kilauea volcano in Hawaii, where 16 people were hurt by the explosion of fragments and one person "almost lost a leg," he said.

When the lava reaches the shore, it will also send clouds of acidic, toxic gas into the air, generated by the interaction with the seawater, which can be dangerous to inhale, experts say.

The volcano was also putting out some 10,000 tons of sulfur dioxide emissions per day, which showed "the pace, the intensity of the eruption is not going to decrease," Calvo said.

Involcan believes the eruption of La Cumbre Vieja could last "between 24 and 84 days."

The eruption on this island of some 85,000 people, the first in 50 years, may have caused huge damages over a vast area, but so far nobody has been hurt.

The local authorities also urged the population to avoid contact with volcanic ash, warning it could cause damage to the respiratory tract and eyes as well as skin irritation.

"Dealing with this crisis won't end when the lava reaches the sea," Prime Minister Pedro Sanchez said on Tuesday.

"It will end when we've managed to rebuild everything the volcano has destroyed and will destroy."