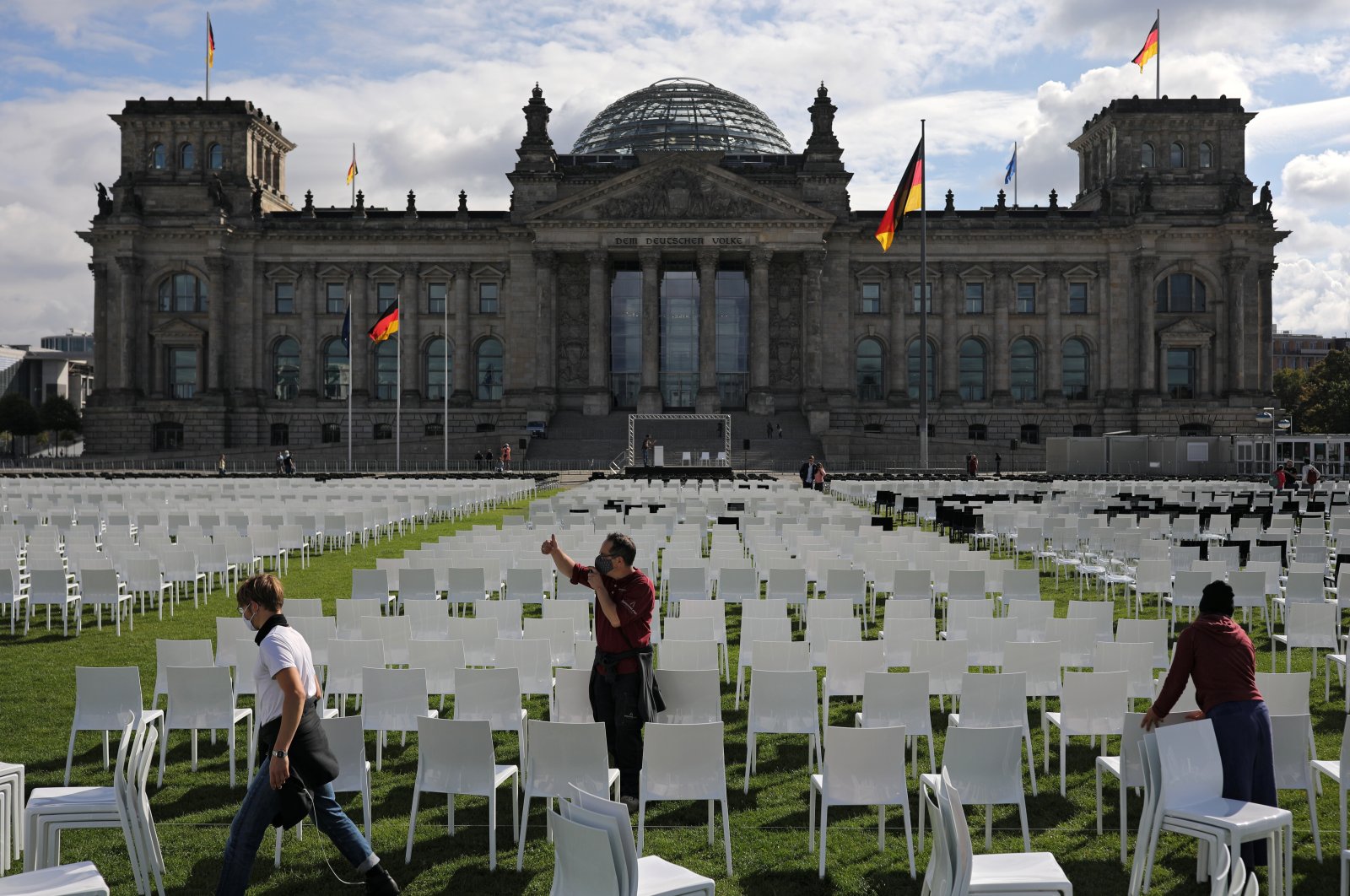 Activists set up empty chairs for a protest demanding the evacuation of Greek migrant camps, in front of the Reichstag building in Berlin, Germany, September 7, 2020. (Reuters Photo)
by Agencies Sep 07, 2020 12:31 pm
RECOMMENDED

Activists are setting up thousands of chairs outside the German parliament in Berlin as part of a protest demanding that the government take in migrants from an overcrowded camp on the Greek island of Lesbos.

The 13,000 chairs being set up in front of the Reichstag building Monday are meant to symbolize the number of inhabitants of the Moria camp, as well as the readiness of German cities and states to take migrants in.

Greek authorities last week imposed a 14-day quarantine on Moria after one man who had been living in a tent outside the camp fence tested positive for the virus. As of Aug. 31, the Moria camp housed 12,714 people – several times its capacity of 2,757.

Germany's federal government has agreed to take in a total of 243 children from camps in Greece who need medical treatment, as well as their closest relatives.

So far, 99 of the children have arrived. It also has taken in 53 unaccompanied children evacuated from the camps.

More than 42,000 people currently live in the overcrowded camps on the Greek islands, including about 5,500 unaccompanied minors. Around 10% of these are below 14 years old, according to police agency Europol.

Greece has been frequently criticized for its questionable practices and policies toward migrants and the inhumane conditions of its refugee camps.

Rights groups, including the United Nations refugee agency, have repeatedly urged Greece to reduce congestion at the camps.