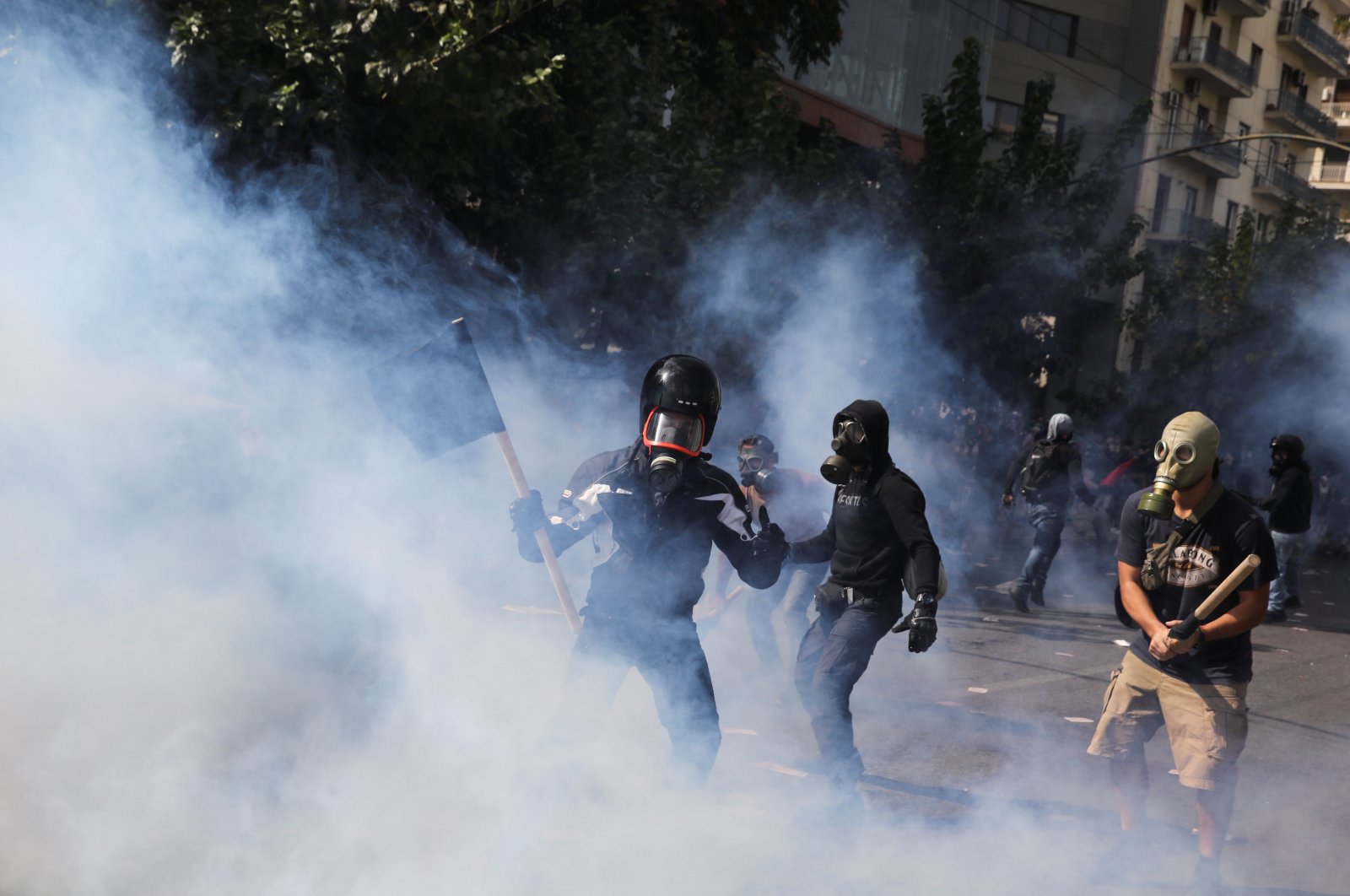 Leaders of Greece's far-right Golden Dawn, the country's third most popular party in parliament during the debt crisis, were guilty of running a criminal group, a Greek appeals court ruled on Wednesday. The judgement came as police and anti-fascist demonstrators clashed outside the courthouse, on the sidelines of a large protest of some 15,000 people.

Reading out the verdict in a trial that took place over five years, presiding Judge Maria Lepenioti said Golden Dawn founder and leader Nikos Mihaloliakos and other senior members were guilty of running a criminal organization. Among those convicted is independent Eurodeputy Yiannis Lagos, who defected from the party last year; the party's former spokesperson Ilias Kassidiaris; and a dozen other senior party members elected to parliament in 2012 at the height of Golden Dawn's influence. None of the party's senior members were present in court.

Tens of thousands rallied outside the heavily policed appeals court area, holding banners reading "Fascism, Never Again" and "Freedom for the People, Death to Fascism." Human rights group Amnesty International, which helped organize a network to record racist violence in Greece, said Wednesday's verdict would boost efforts to fight hate crimes. "The accusations against the leaders and members of Golden Dawn, including the murder of Pavlos Fyssas, expose a fissure that exists not just within Greece but across Europe and beyond," said Nils Muiznieks, Europe director at Amnesty.

Main opposition leader Alexis Tsipras earlier on Wednesday had called for the conviction of a group that had "poisoned society with hatred." There was uproar last year when chief prosecutor Adamantia Economou called for the acquittal of the party leaders on the basis that the existence of a criminal organization had not been proven.

Golden Dawn entered parliament for the first time in 2012 on the back of an anti-austerity and anti-immigrant agenda, becoming Greece's third-most popular party at the peak of its worst financial crisis since World War II. But the killing of 34-year-old leftist rapper Pavlos Fyssas by a party supporter in 2013 prompted a crackdown that led prosecutors to arrest and investigate Golden Dawn leaders and lawmakers over a series of crimes. Earlier on Wednesday, the court found Golden Dawn sympathizer Yiorgos Roupakias guilty of killing Fyssas.

It was the first time that elected politicians had been jailed in Greece since a military coup in 1967. Golden Dawn was at its political peak at the time of Fyssas's murder. In 2015, it also sent three deputies to the European parliament in another strong showing. But the investigation took its toll, causing a number of senior members to defect. In the last election in 2019, the party failed to win a single parliamentary seat in last year's parliamentary election that brought the conservative New Democracy party to power.