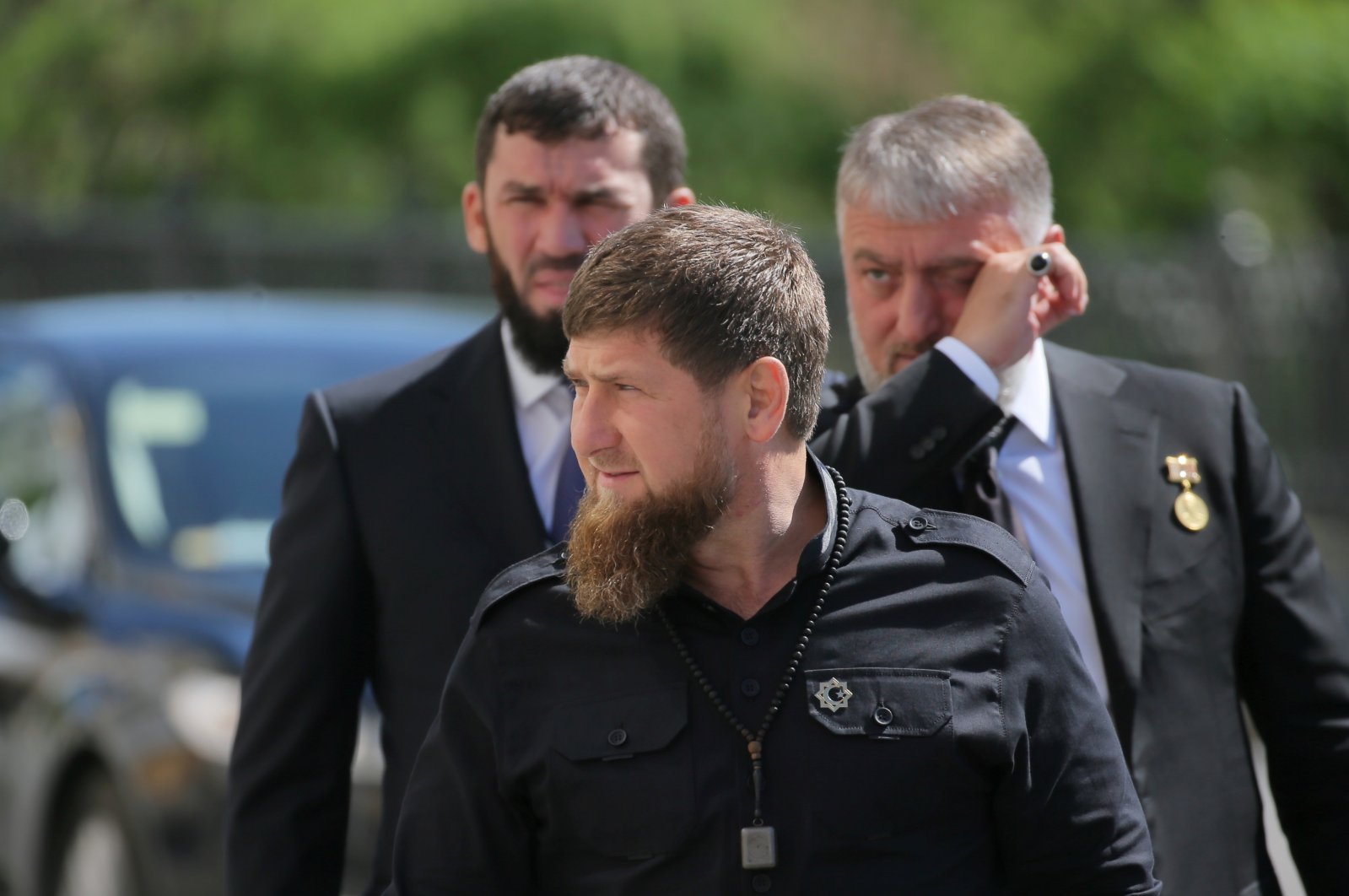 Head of the Chechen Republic Ramzan Kadyrov (front) walks before a ceremony inaugurating Vladimir Putin as president of Russia at the Kremlin in Moscow, Russia, May 7, 2018. (Reuters File Photo)
by REUTERS May 21, 2020 9:53 pm
RECOMMENDED

Ramzan Kadyrov, the leader of Russia's southern region of Chechnya, is suspected of having contracted the new coronavirus and is receiving treatment in a Moscow hospital, three Russian news agencies reported.

The TASS news agency, quoting an unnamed medical source, said the condition of Kadyrov, who is 43, was stable, but provided no further details. Chechen authorities have not confirmed or denied the reports and officials including Kadrov's spokesman Ilman Vakhidov did not answer telephone calls.

Kadyrov, a close ally of President Vladimir Putin, became head of Chechnya in 2007 in the aftermath of two brutal wars between Russia's military and separatist and radical forces following the 1991 collapse of the Soviet Union.

Moscow credits Kadyrov, who describes himself as Putin's "foot soldier," with reining in a radical insurgency in the mainly Muslim North Caucasus region, but human rights advocates accuse him of presiding over widespread rights abuses.

Chechnya as of Friday had reported 1,046 cases of the new coronavirus and 11 deaths, a small share of the more than 300,000 cases and 3,249 deaths reported by Russian authorities nationwide.

On Thursday TASS quoted Akhmed Dudayev, head of Chechnya’s ChTGRK state television channel, as saying Kadyrov was personally in charge of the region's efforts to control the new coronavirus outbreak.

If the news reports are confirmed, Kadyrov would be one of several senior Russian officials to have contracted the virus, including Prime Minister Mikhail Mishustin and Kremlin spokesman Dmitry Peskov.

Mishustin returned to work this week after recovering.