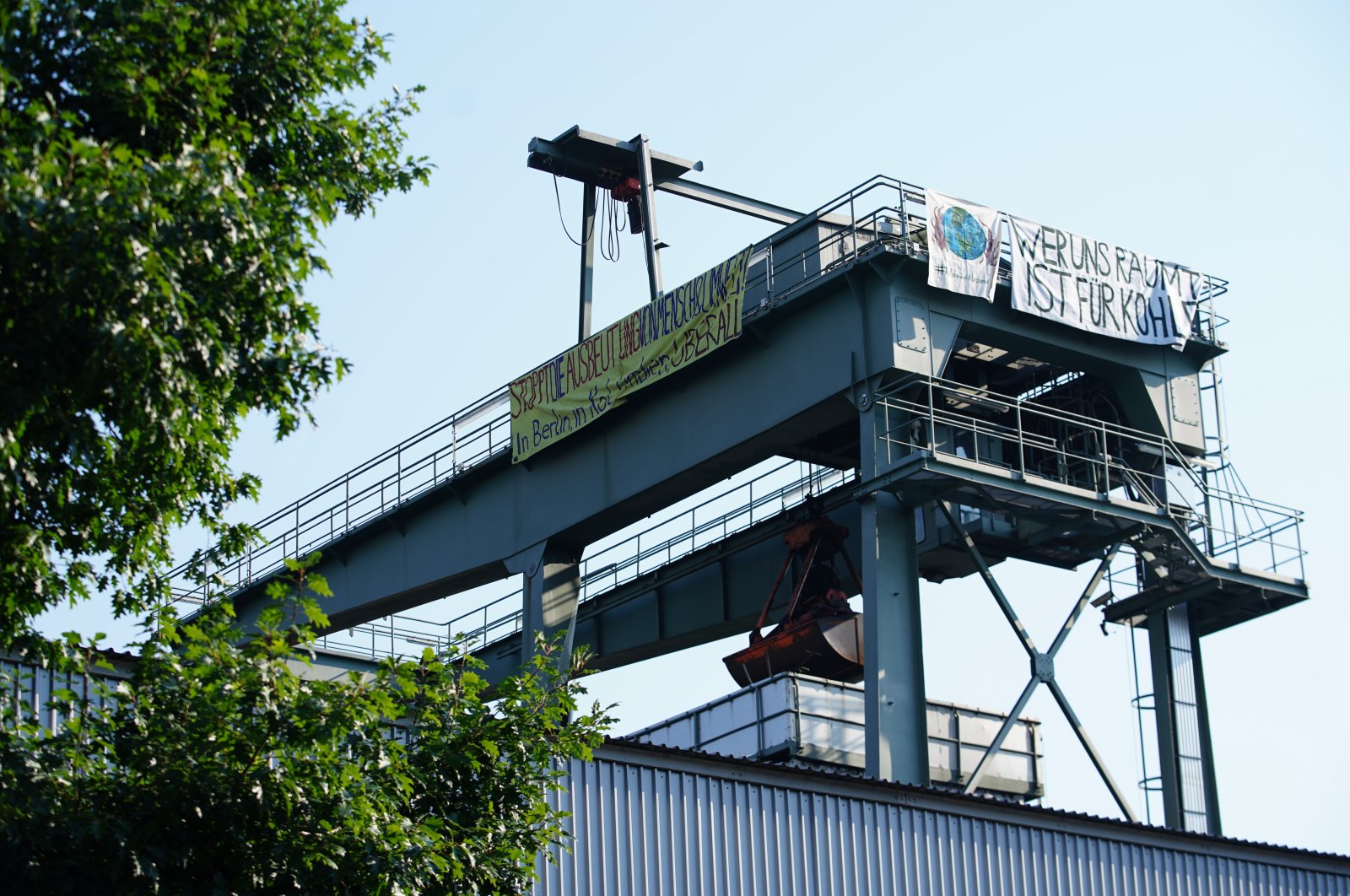 Climate activists occupied two German power stations on Saturday as part of a campaign to encourage the government to transition away from coal faster than currently planned.

Several people managed to access the tower of the power plant in the Berlin district of Moabit on Saturday morning, according to a German Press Agency (DPA) reporter.

They unrolled a banner that read, "Anyone who moves on us is in favor of coal."

Some 20 people accessed the grounds of the power station, according to a police spokesperson.

The activists, who are part of the Direct Action Berlin group, are calling for an end to what they call "fossil capitalism."

The plant in Moabit, built in 1900, processes coal and started to process biomass in 2013. It is operated by Vattenfall of Sweden.

In the other plant, in Mannheim, five to six people accessed a coal-fired power plant. They climbed onto the roof of a coal extraction plant, police said. The conveyor belt in the block was switched off.

Activists have repeatedly criticized the power station, calling it a "climate killer."

About a year ago, some 100 people broke into the plant and blocked an access road and the coal conveyor belt.

The power station is operated by three energy companies RWE, EnBW and MVV.

Germany plans to gradually shut down its coal industry by 2038 at the latest, in a push toward cleaning up Europe's largest economy as part of the government's efforts to combat climate change. But the country remains heavily reliant on coal, which accounts for around a third of its energy needs.