'Cold mistrust' with EU should be avoided: UK Brexit minister 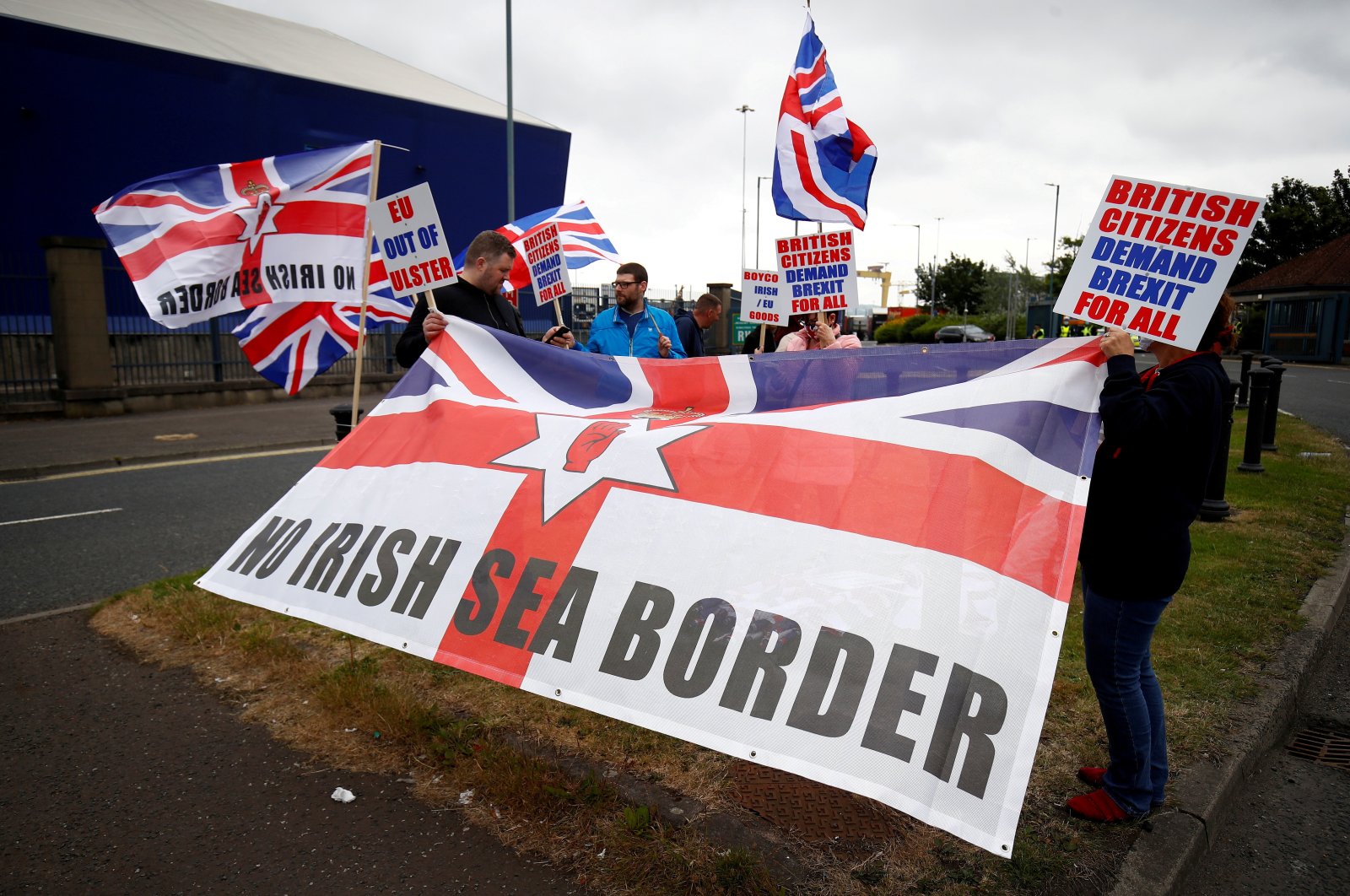 Britain's Brexit minister David Frost warned Saturday of a long-term chill in relations between the United Kingdom and the European Union if agreed-upon trading arrangements governing Northern Ireland are not resolved.

Frost said in a speech at the British-Irish Association in Oxford that the Northern Ireland Protocol needed "substantial and significant change."

The post-Brexit trading arrangement between the British government and the 27-nation EU has seen customs and border checks imposed on some goods moving between Northern Ireland and the rest of the U.K.

"The stakes are high, the arguments can be bitter," Frost said. "And I worry this process is capable of generating a sort of cold mistrust between us and the EU which could spread across the relationship."

Frost has for months sought changes to the protocol, which he helped to craft, but the EU has repeatedly rejected opening up discussions again after years of protracted negotiations.

"It’s holding back the potential for a new era of cooperation between like-minded states in a world which needs us to work together effectively," Frost said.

Though Frost stressed the need for changes, he sought to downplay concerns in the EU that Britain would unilaterally seek to sweep away all existing arrangements.

"That is not our position,” he said. "It is obvious there will always need to be a dedicated U.K.-EU treaty relationship covering Northern Ireland. It is a question of finding the right balance.”

Britain formally left the EU in January 2020 but remained within its economic orbit until the start of this year, when a new much looser free trade agreement took hold.

At that time, Northern Ireland was given a separate status that effectively keeps it in the EU’s single market for goods, a decision that prevents a hard border with Ireland, which would go counter to the Good Friday Agreement of 1998 that ended decades of sectarian violence.

Ultimately, Britain's Conservative government is seeking to remove most checks, replacing them with a "light touch” system in which only goods at risk of entering the EU would be inspected.