Coronavirus cases near 300,000 in hard-hit Russia 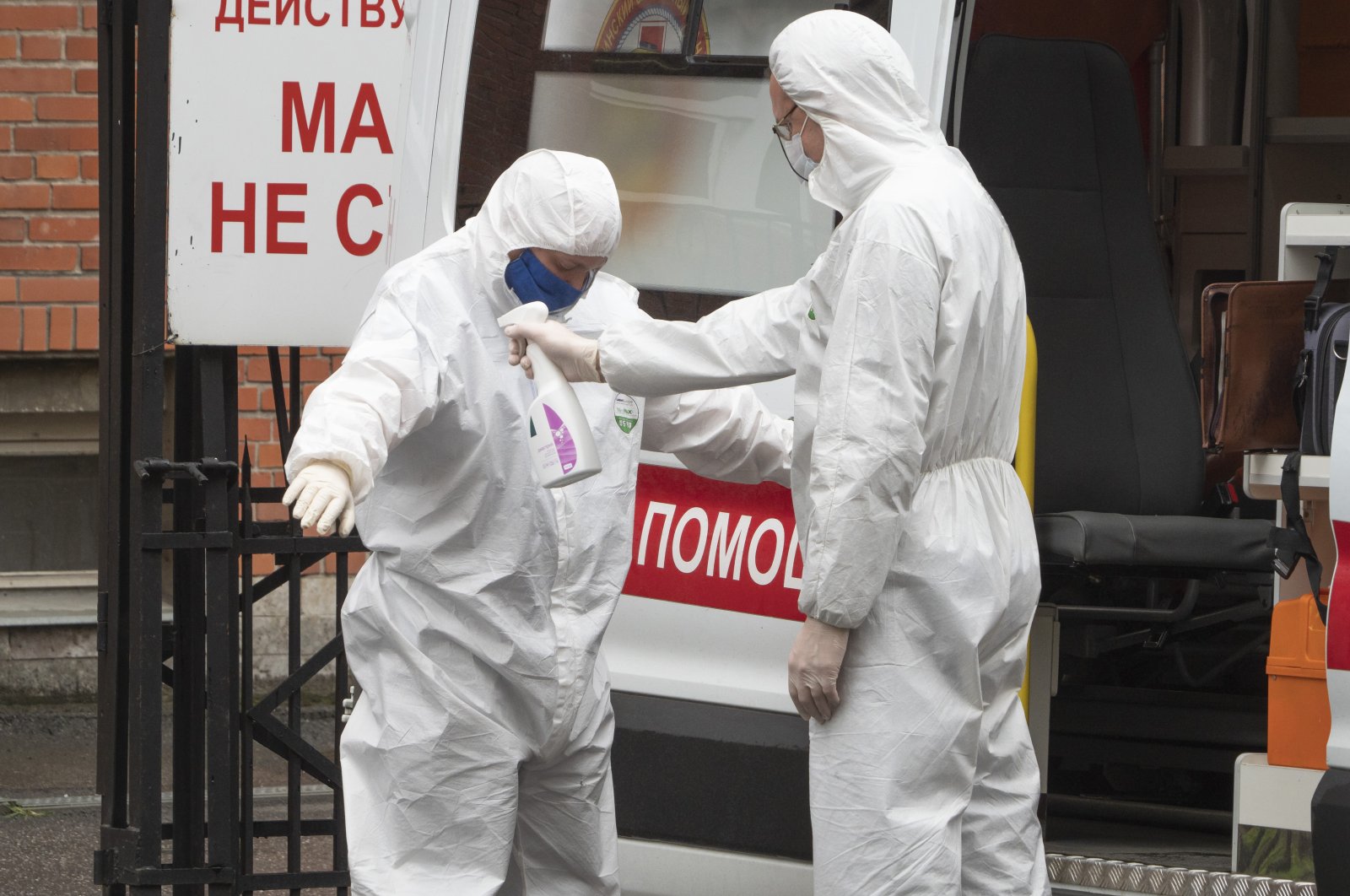 A medical worker wearing protective equipment disinfects his colleague after escorting a patient by ambulance to a hospital for COVID-19 patients in St. Petersburg, Russia, May 18, 2020. (AP Photo)
by French Press Agency - AFP May 19, 2020 11:41 am

The number of coronavirus cases in Russia hit nearly 300,000 on Tuesday as authorities registered more than 9,000 new infections after saying the virus situation had stabilized.

Health officials reported 9,263 new infections in the last 24 hours, bringing the total to 299,941, the second-highest in the world after the United States.

Prime Minister Mikhail Mishustin, who along with several other senior officials has tested positive for the virus, said Monday the country had stopped the growth of new infections but cautioned that the situation remains "difficult."

Tuesday's tally saw new cases fall below 10,000 for the fourth day in a row, after Monday's count saw new infections under 9,000 for the first time since the beginning of May.

There were 115 new coronavirus fatalities since the last update Monday, bringing Russia's total to 2,837.

Critics have cast doubt on Russia's low official mortality rate, accusing authorities of underreporting in order to play down the scale of the crisis.

Russian health officials say one of the reasons the count is lower than in the U.S. and parts of western Europe is that only deaths directly caused by the virus are being included.

Authorities also say that since the virus came later to Russia, there was more time to prepare hospital beds and launch wide-scale testing to slow the spread.