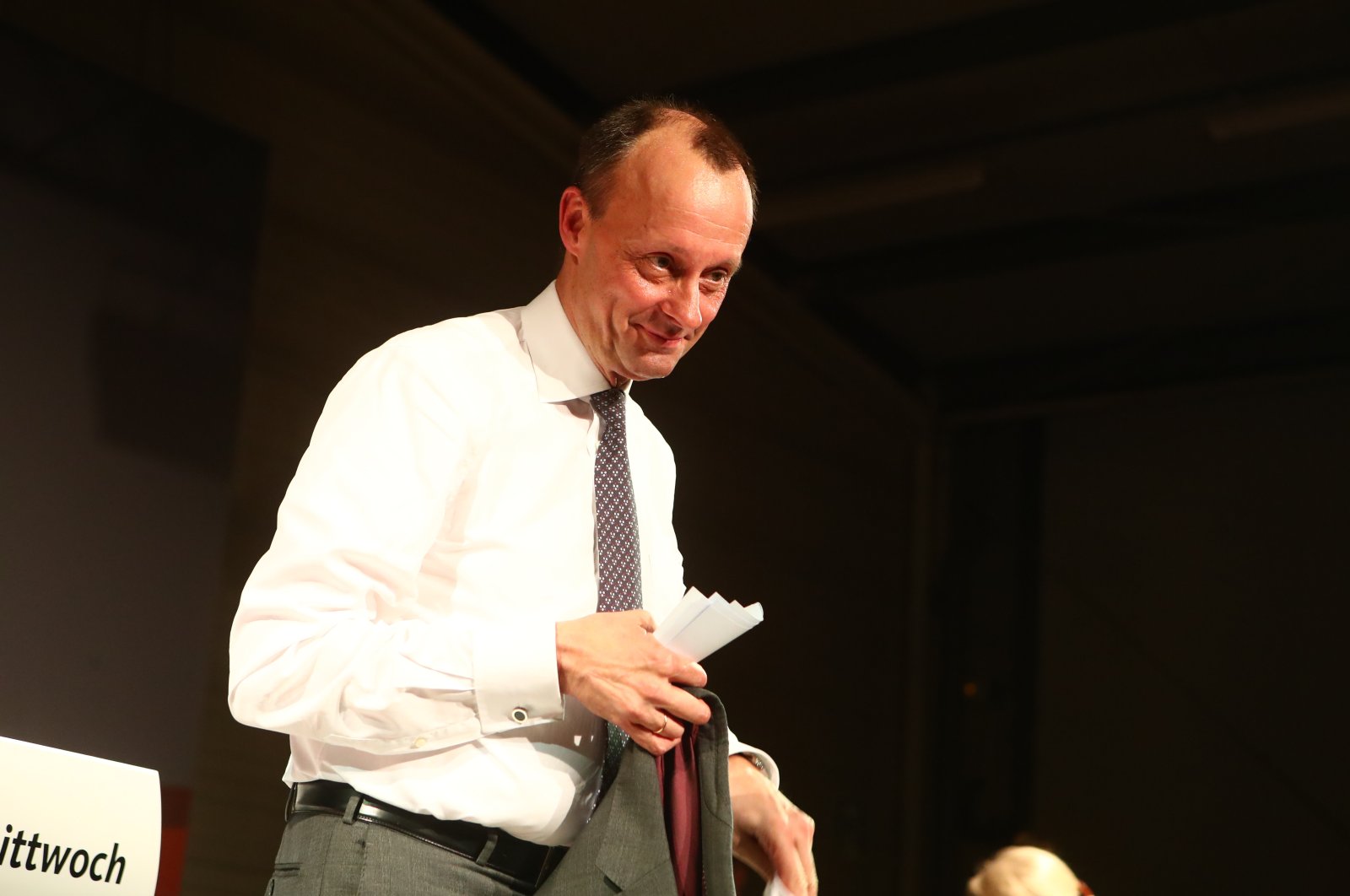 Friedrich Merz, one of the most likely candidates to take over the leadership of German Chancellor Angela Merkel's conservative Christian Democrats (CDU), said Tuesday in a tweet that he had tested positive for coronavirus.

Merz, who wants to shift the CDU to the right in a clear break from Merkel's more liberal brand of conservatism, was confirming a report first published by the dpa news agency.

"A #Corona-test carried out on Sunday is positive," Merz tweeted. "I will stay home in quarantine until the end of next week. Luckily I have only light to mild symptoms, all appointments have been canceled."

The coronavirus pandemic has already disrupted the race for the CDU leadership, after forcing the party to postpone its special conference to elect a new head from April 25 until an unknown date.

Polls show pro-business Merz, 64, is ahead of his main rival, Armin Laschet, a centrist who offers more continuity after Merkel steps down in time for the next election, which is due by October 2021. While the new CDU leader will be in a strong position to be the conservatives' candidate for chancellor, this would still have to be agreed with the CDU's Bavarian sister party, the Christian Social Union (CSU), which may prefer its own leader Markus Soeder. Merkel, 65, who has led Germany, Europe's biggest economy, for almost 15 years, has said she will not run for a fifth term. To seek the CDU chair, Merz returned from the political wilderness after losing out to Merkel in a power struggle in 2002 and leaving the Bundestag in 2009.

Merz's diagnosis has also raised questions about which high-ranking CDU functionaries he has had contact with.

Armin Laschet, another one of the three CDU leadership contenders, responded with a curt "no" when asked by journalists whether he has had direct contact with Merz in recent days.

As in many countries across Europe and elsewhere, life in Germany has changed dramatically in recent days in response to the coronavirus pandemic.

Drastic measures have been taken to reduce people's movements, with schools shut across most of the country, border controls in place and strict advice against socializing.

Germany stepped up its advice against travel on Tuesday, with the government issuing a global travel warning in response to the pandemic.

Meanwhile, Foreign Minister Heiko Maas said up to 50 million euros ($55.6 million) would be spent on special flights to bring thousands of German tourists home, speaking of an "airlift."

The government's agency for disease control has upped the threat posed by the outbreak across the country from "moderate" to "high."

Robert Koch Institute President Lothar Wieler said the reassessment was based on increasing infections and warning signs from public health facilities and hospitals.

Berlin plans to build a new hospital for up to 1,000 COVID-19 patients, the city's health minister said.

The facility is to be built on the Messe Berlin exhibition grounds in cooperation with the army, minister Dilek Kalayci said.

An increasing number of infections in Germany cannot be traced back to known cases.

Over 6,000 infections have been confirmed in the country so far, including 13 deaths.

Health Minister Jens Spahn, Laschet's running mate in the CDU race, on Tuesday appealed for patience as hotlines dealing with requests for coronavirus testing were overwhelmed.