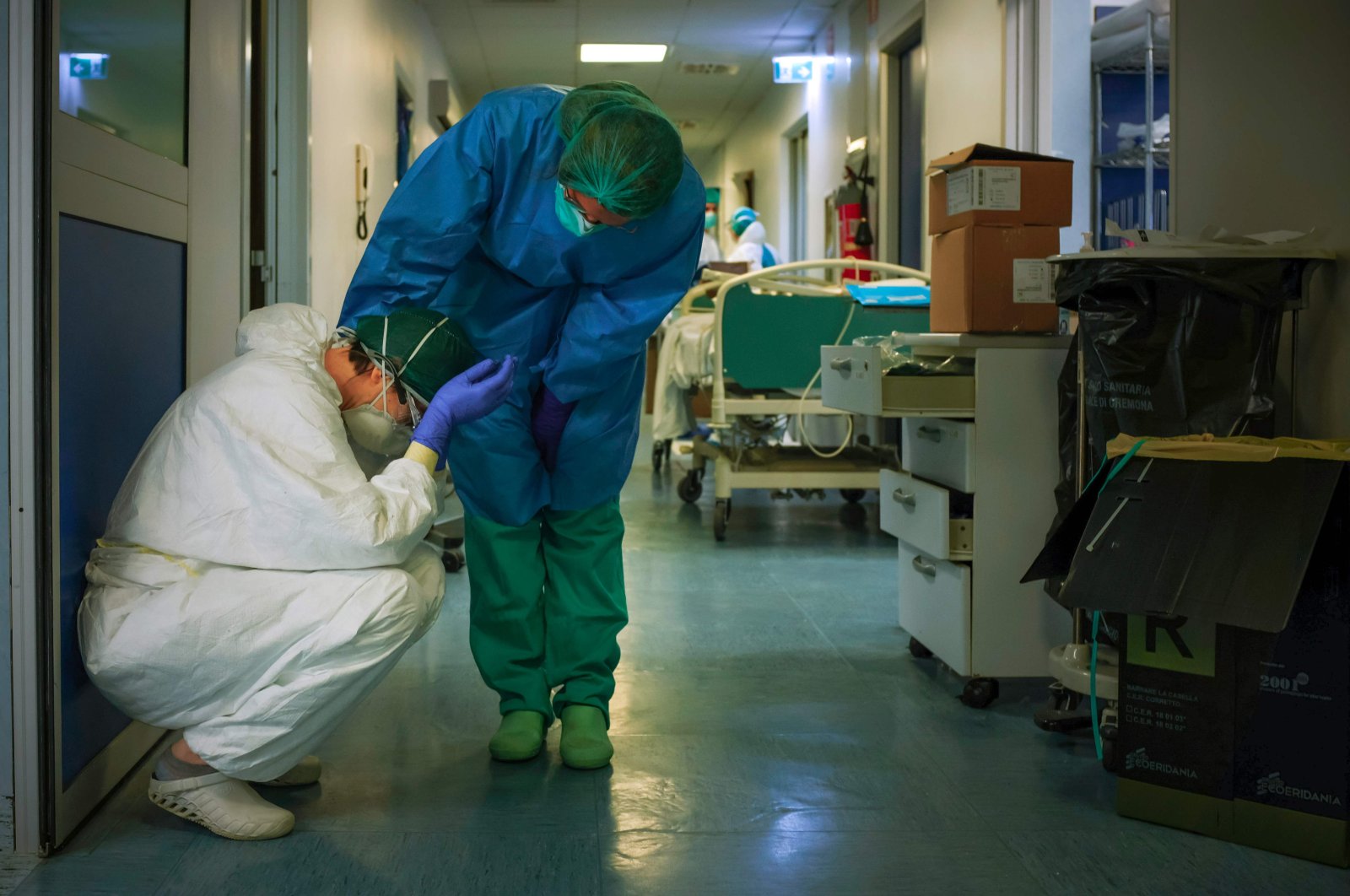 A nurse wearing a protective mask and gear comforts another at the Cremona hospital, southeast of Milan, Lombardy, March 13, 2020. (AFP Photo)
by Daily Sabah with Reuters Mar 25, 2020 3:31 pm
RECOMMENDED

A 34-year old Italian nurse who was working on the frontline of the coronavirus crisis at a hospital in Lombardy, the worst-affected region of Italy, committed suicide after testing positive for coronavirus.

Daniela Trezzi, who worked in the intensive care unit of the San Gerardo Hospital in the city of Monza, killed herself out of fear that she was spreading the virus, the National Federation of Nurses of Italy said in a statement late Tuesday, expressing "pain and dismay."

In Lombardy, the Italian region with the highest number of infections and deaths, at least two hospitals became vehicles of contamination, with patients infecting medical staff who then spread the disease as they ventured around their communities before a stringent lockdown was imposed.

It is one factor that has helped the virus spread so quickly, according to the director of the Mario Negri Institute for Pharmacological Research, Giuseppe Remuzzi. He said that "Patients infected other patients and doctors who then went out and contaminated others."

Close to 4,300 health workers, or 0.4% of Italy's total, had contracted the virus as of March 20, according to the National Health Institute.

In Lombardy's northeastern city of Bergamo, 134 family doctors out of 600, or 22%, had fallen sick or were quarantined, said Guido Marinoni, the head of the local association of general practitioners. Three doctors have died. The situation is even worse in the city's nursing homes, he continued, with nearly 1,500 health care workers infected out of just over 5,800. Bergamo has been so overwhelmed that the army has stepped in to move bodies to other provinces because the local cemetery was too full.