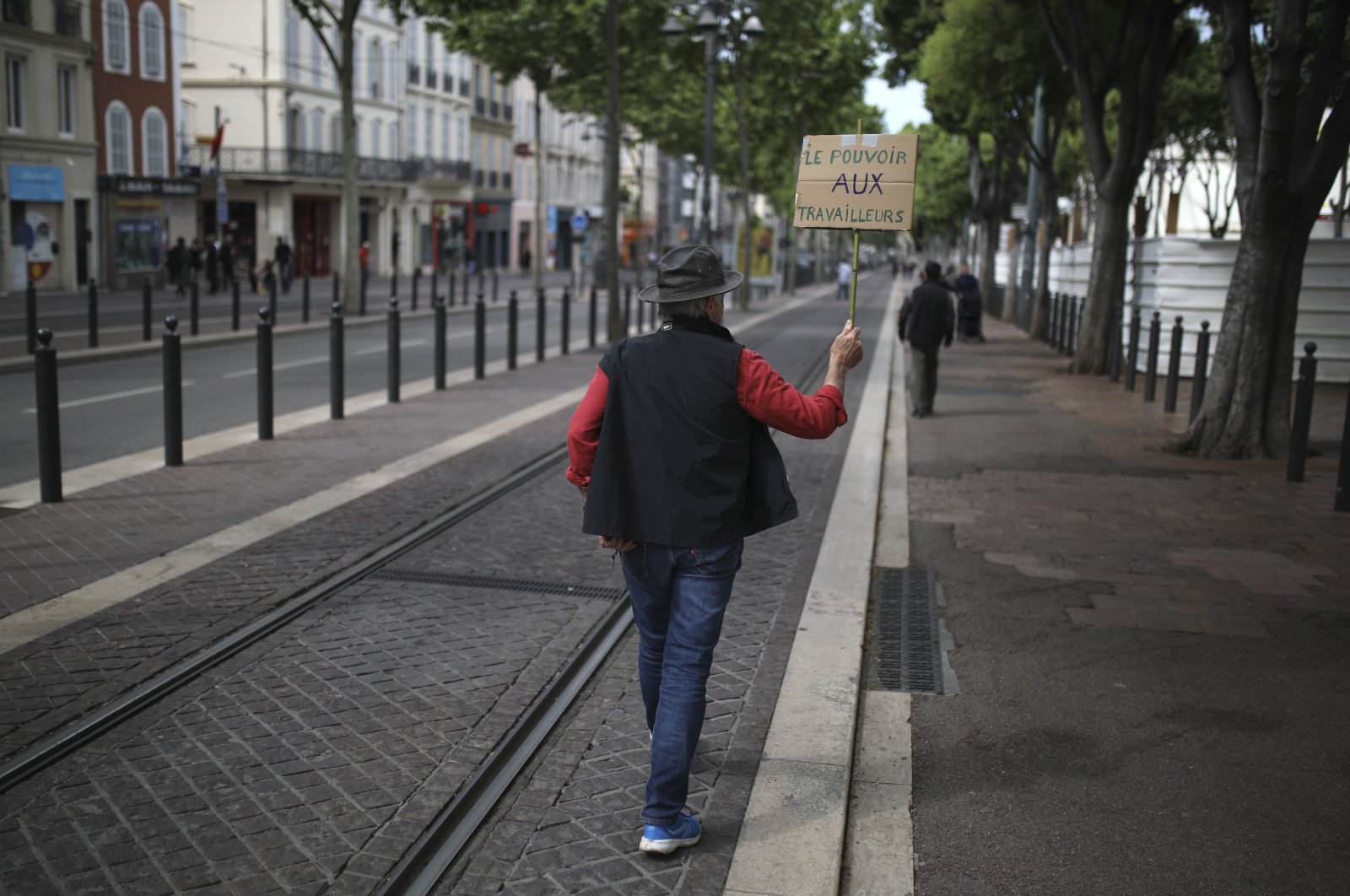 Workers were forced to scale back May Day rallies around the world on Friday because of coronavirus lockdowns, although some pushed on with online events and others hit the streets in face masks. The workers' movement usually attracts millions of people to loud and boisterous marches through the streets, and occasional violent confrontations with police forces.

May Day labor protests started in the 19th century in the United States, where this week the number of Americans filing for unemployment benefits surpassed a staggering 30 million — and joblessness in April could hit numbers not seen since the Great Depression of the 1930s. Essential workers were expected to strike around the U.S. on Friday to demand safer conditions during the pandemic, while other groups organized rallies to protest stay-at-home orders they say are crippling the U.S. economy.

This year the date carries extra significance after the COVID-19 outbreak sent the global economy into a historic tailspin and put unprecedented numbers of people out of work. But with drastic social distancing rules to halt the spread of the disease, labor leaders have opted to postpone the public gatherings or move events online.

In Germany, police in cities like Berlin were on alert to break up any gatherings that are in violation of current social-distancing rules. More than 20 small demonstrations were authorized in the capital, each with no more than 20 participants allowed, a far cry from the usual thousands-strong events for May Day. Despite the ban on large gatherings, hard-left Berlin-based groups urged demonstrators to attend a spontaneous protest on Friday evening.

In France, usually the day would be marked by parades and demonstrations, but these are canceled amid the lockdown due to the novel coronavirus. Usually, French presidents do not make a speech on the day. French President Emmanuel Macron praised workers throughout the nation on the occasion of May Day in a video released on Twitter. France is holding its own thanks to the work that is celebrated on International Workers' Day, Macron said, adding, "This May 1 is like no other."

In Greece, a few hundred members of PAME communist trade union demonstrated on Friday in front of the Athens parliament at a distance from each other to prevent the spread of the coronavirus. Most of the May Day demonstrators wore red masks, Greek TV showed. Participants in the demonstration for International Workers' Day called for workers not to pay the price in a severe global depression brought on by the coronavirus pandemic. Hundreds of workers also took to the streets in other Greek cities, and in almost all cases they also maintained physical distance from each other. All other Greek trade union federations had canceled their demonstrations because of the pandemic.