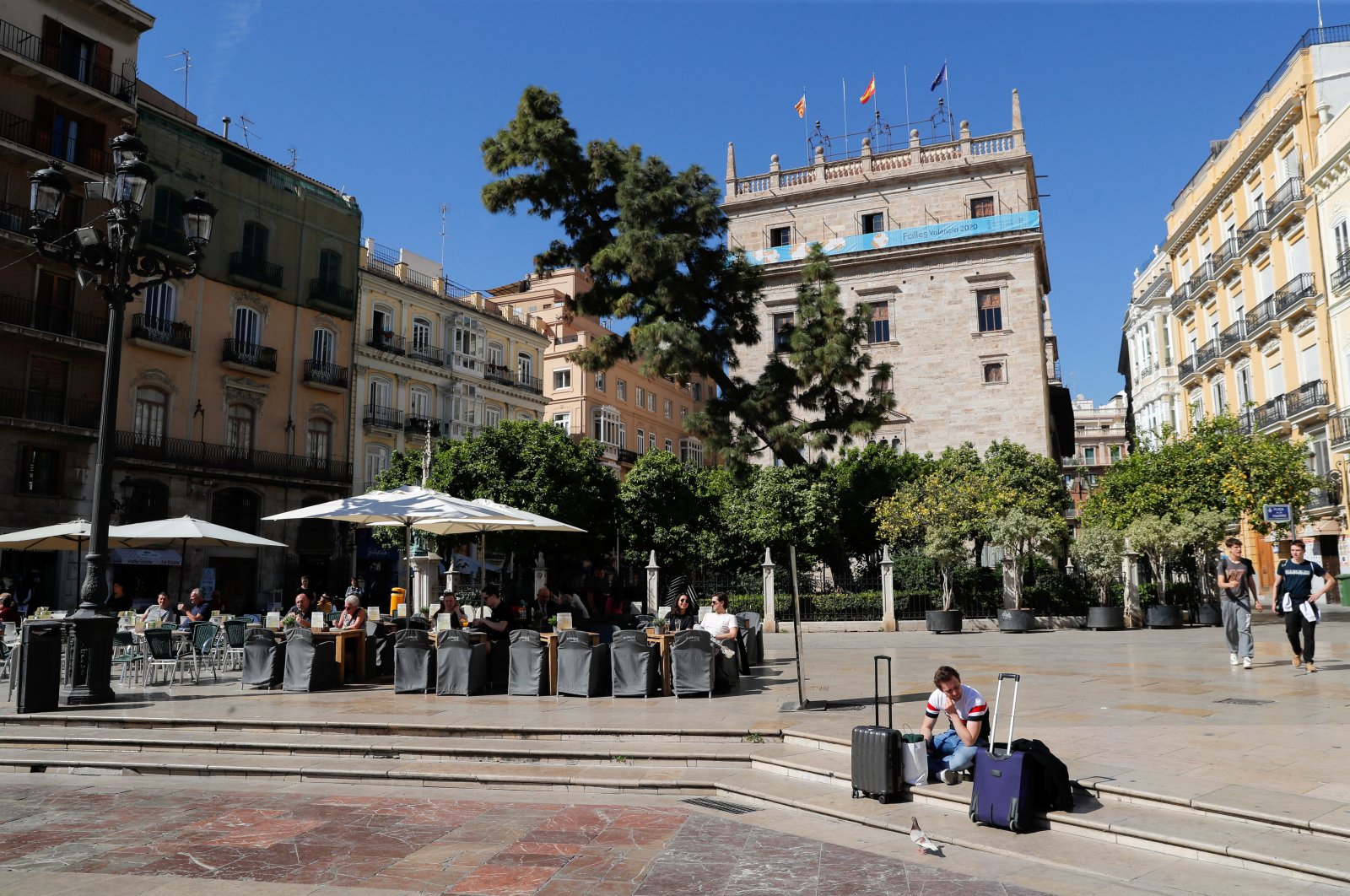 Tens of millions of students stayed home on Friday on three continents as schools, playgrounds, bars, restaurants and offices shut down to try and slow the spread of the coronavirus pandemic.

In China, where new infections have tailed off, authorities mobilized to prevent a boomerang effect, quarantining new arrivals for 14 days. The exponential spread of the virus in Europe, North America and the Middle East have drawn contrasts with waning outbreaks in the hardest-hit nations in Asia. China, where the virus emerged late last year, still accounts for more than 60% of global infections but on Friday reported just eight new cases and seven deaths. But the intensifying spread of COVID-19 beyond Asia dashed any hopes for containing the virus, despite drastic curbs on travel and social events.

In Europe and the U.S., leaders and medical experts tried to predict the future — or at least the next few weeks — by scrutinizing the virus' trajectory so far, especially in China and Italy, the epicenters of Asia and Europe. The U.S. Congress and the President Donald Trump's administration closed in on a sweeping aid package with sick pay, free testing and other resources to help reassure anxious Americans.

With new infections rising sharply in Spain, the government put 60,000 people in four towns on a mandatory lockdown Friday – the nation's first – echoing the actions in Italy. And in Madrid, which has nearly 2,000 infections, the government announced it would pool intensive care units and consider offers by hotel chains to transform rooms into sick wards.

The state of North Rhine-Westphalia, Germany's most populous, will close its schools from Wednesday, broadcaster n-tv reported on Friday. The state, whose population of 18 million is larger than that of several neighboring countries, is also the one most severely affected by the coronavirus outbreak, with 1,264 cases in total, according to the state government. Other states on Friday also announced their decision to close schools, including Bavaria, Lower Saxony, Saarland and Berlin.

Slovakia and the Czech Republic on Thursday said they were closing borders to stem the spread of the novel coronavirus, while Latvia and Lithuania closed schools and banned mass gatherings. The Czech Republic, which has 109 confirmed cases of COVID-19 and no deaths, declared a 30-day state of emergency Thursday and closed its borders to people from 15 "risk countries."

The Czech Republic will also ban buses, trains and boats from taking passengers across the border starting Saturday, unless they are taking citizens back from abroad or foreigners home. It has also restricted international air transport to Prague's Vaclav Havel Airport Prague.

Neighboring Slovakia, which has 21 confirmed cases, said it would close its borders starting Friday to all foreigners except those with a residence permit. All Slovaks who return from abroad will, meanwhile, have to be quarantined for two weeks.

Religious authorities moved to cancel or limit weekly prayer gatherings across the Middle East on Friday to help prevent the spread of the new coronavirus as they encouraged the faithful to pray for those afflicted by the global pandemic.

Iran, which is mired in the worst outbreak in the region, meanwhile, announced another 85 deaths, pushing its total number of fatalities to 514 amid 11,364 confirmed cases. The real number of cases might be even higher, as questions have been raised about authorities' transparency.

Christian, Muslim and Jewish leaders in Jerusalem said services would continue to be held in the Holy Land but moved to limit indoor gatherings after the Israeli Health Ministry said they should not exceed 100 people.

Some 10,000 Muslim worshippers attended Friday prayers at the Al-Aqsa mosque compound in Israeli-annexed east Jerusalem, according to Sheikh Omar Kiswani, the director of the mosque. Most prayed in outdoor courtyards, heeding the advice of Muslim officials who warned against crowding inside the mosques themselves. A short, 13-minute sermon was devoted to raising awareness on how to prevent the spread of the virus. The site is the third holiest in Islam after Mecca and Medina in Saudi Arabia. It is also the holiest site for Jews because it was the location of the Jewish temples in antiquity.

Hard-hit Iran has already canceled Friday prayers in major cities, and on Friday Kuwait said all public prayers would be canceled until further notice. Egypt has ordered all mosques to limit Friday prayers, including the weekly sermon, to no more than 15 minutes. The prayers usually last around an hour.

Iraq, which has reported more than 80 confirmed cases of the coronavirus and eight deaths so far, has scrapped Friday prayers in the Shiite holy city of Karbala. Iraq's most influential Shiite cleric, Ayatollah Ali al-Sistani, whose Friday sermon from Karbala provides guidance for millions, last week urged people to abide by a ban on mass prayers.