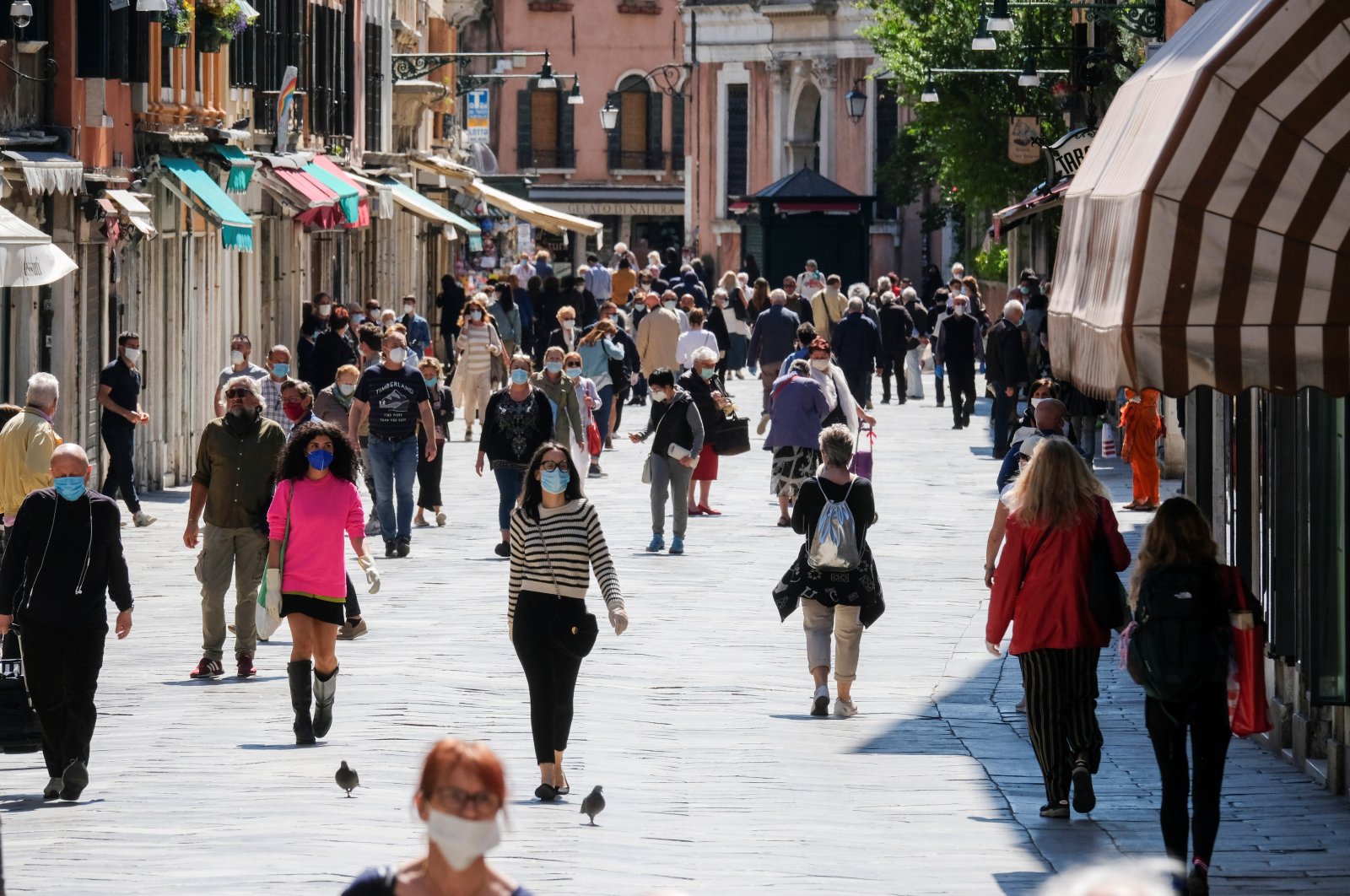 More movement is seen in the streets as coronavirus lockdown measures ease, Venice, Italy, May 4, 2020. (Reuters Photo)
by Compiled from Wire Services May 04, 2020 2:49 pm
RECOMMENDED

Italy was among a slew of countries easing lockdown restrictions on Monday to resurrect their economies, but officials cautioned against moving too swiftly as new coronavirus cases passed 3.5 million globally and deaths neared a quarter of a million.

Italy, among the world's hardest-hit countries, started to relax the longest lockdown in Europe, allowing about 4.5 million people to return to work after nearly two months at home.

Spain, Nigeria, Azerbaijan, Malaysia, Israel, Tunisia and Lebanon were also among countries easing some restrictions, variously reopening factories, construction sites, parks, hairdressers and libraries. In the United States, around half of states partially reopened their economies over the weekend.

The easing comes as the daily rate of new COVID-19 cases worldwide has been sitting in a 2%-3% range over the past week, down from a peak of around 13% in mid-March. Global cases have risen to around 3.52 million, according to a Reuters tally based on government data. However, cases may cause only mild symptoms and not everyone with symptoms is tested, while most countries only record hospital deaths.

In Spain, the government apologized to the country's children last week for confining them to their homes since mid-March. Spanish kids reclaimed the streets after six weeks on April 26, and everyone was allowed to start going out and getting some exercise on Saturday. Small shops, including hairdressers, began receiving clients by individual appointments Monday, and bars and restaurants were allowed to resume takeout service. But the streets remained deserted, and police distributed free, and mandatory, face masks to the few commuters passing through the turnstiles of the Madrid metro.

On Europe's western edge, Iceland also reopened hair salons – along with high schools, dentists and other businesses – after six weeks in which the country has tamed its virus outbreak.

In the Middle East, Lebanon is allowing restaurants to open at 30% capacity during the day starting Monday. But many business owners say they won’t reopen because they would be losing more money if they operate under such restrictions during a faltering economy, and cafes, clubs and bars have been ordered to stay shut through June.

India allowed some economic activities to resume after a five-week halt, even as the pace of infections has slightly accelerated. The lockdown has achieved a slowdown in the spread of the virus but has caused immense hardship for India’s legions of poor people.

Russia reported a steady rise in the number of infections, an increase that has fueled concerns the nation’s hospitals could be overwhelmed. Authorities say that broader testing has contributed to a surge. Russia’s economy has been partially shut down since late March, and lockdown measures have been extended through May 11.