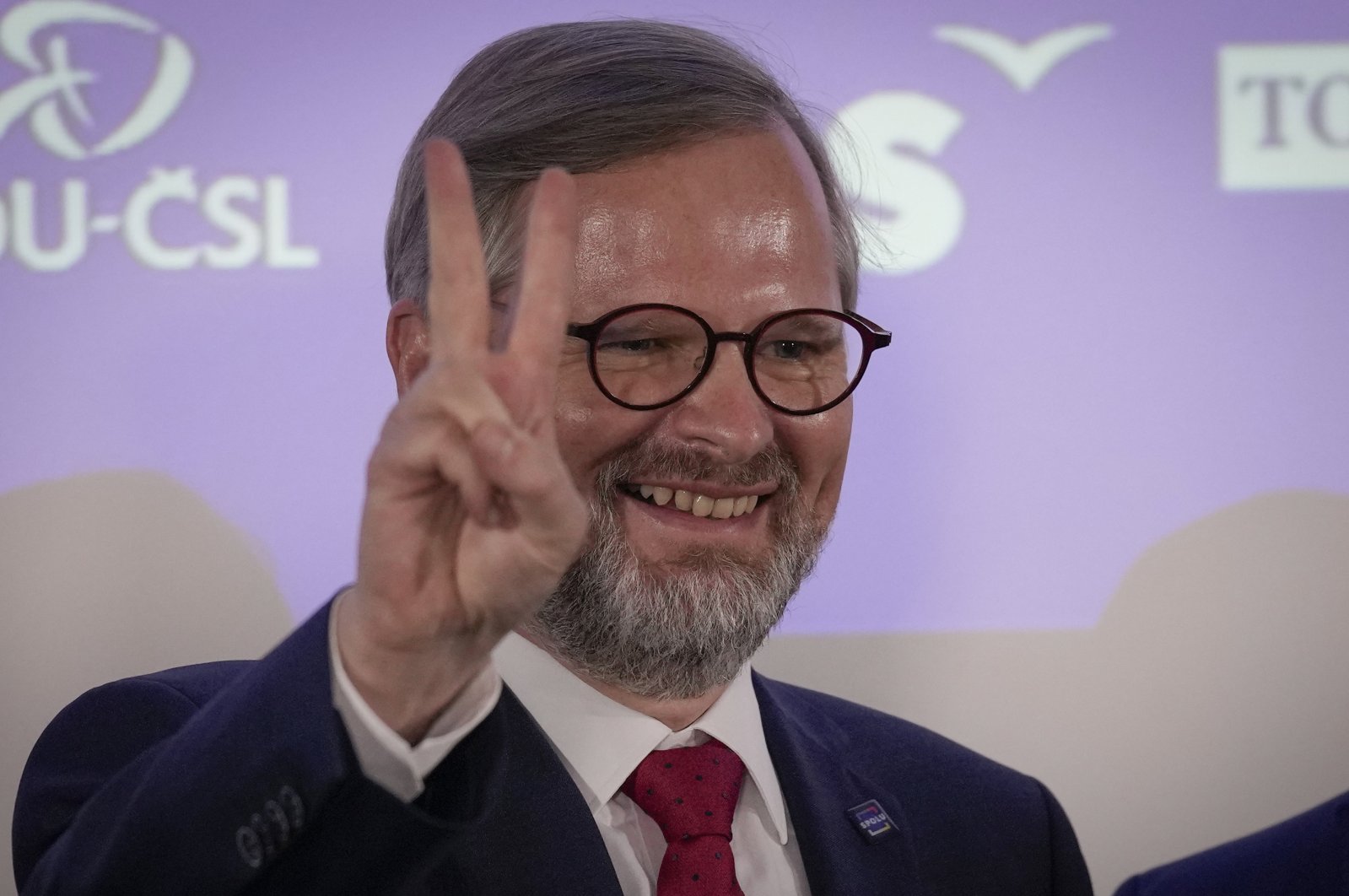 Preliminary results had shown Babis comfortably in the lead in line with opinion polls before the vote, but the margin eroded and disappeared as ballots from large cities were counted.

With over 99.9% of votes counted, the Together alliance of the right-wing Civic Democrats, the center-right TOP 09 and the centrist Christian Democrats had 27.78% of the vote, just ahead of Babis's ANO party with 27.14%.

The alliance would have a majority in the 200-seat parliament together with another grouping comprising the anti-establishment Pirate Party and the centrist Mayors and Independents.

"It seems that both democratic coalitions will manage to get a parliamentary majority, which most likely means Babis will have to go," said Otto Eibl, head of the political science department at Masaryk University in Brno.

The fourth party or grouping to make it to parliament is the far-right, anti-Muslim Freedom and Direct Democracy (SPD) movement led by Tokyo-born entrepreneur Tomio Okamura which scored almost 10%.

The 67-year-old Babis, a food, chemicals and media mogul, is facing police charges over alleged EU subsidy fraud and the bloc's dismay over his conflict of interest as a businessperson and a politician.

Last weekend, the Pandora Papers investigation showed he had used money from his offshore firms to finance the purchase of property in southern France in 2009, including a chateau.

He has denied any wrongdoing and slammed the allegations as a smear campaign.

But Eibl said the Pandora probe was not a major factor in the vote.

"There have been so many corruption affairs by now that a lot of voters have just become immune to them," he said.

'The end of Andrej'

Babis currently leads a minority government with the left-wing Social Democrats, which was until recently tacitly backed by the Communist Party that ruled former totalitarian Czechoslovakia from 1948 to 1989.

But the Communists were ousted from parliament at the polls for the first time since World War II, failing to meet the 5% threshold for any party to enter parliament.

"I think this is a big thing, at last!" European Parliament member Alexandr Vondra, an anti-Communist dissident in the 1980s, told Agence France-Presse (AFP).

"But it's also the end of Andrej, and that's even bigger," added Vondra, a close aide to the late Czech President Vaclav Havel.

A former Communist, Babis is listed as a secret police agent from the 1980s.

It will be up to the pro-Russian President Milos Zeman, Babis' old ally, to nominate the new prime minister.

Zeman is grappling with health problems that have confined him to his residence for the vote, but his office said Saturday he would meet Babis for talks on Sunday morning.

Zeman had suggested earlier he would choose Babis.

But Together chairperson Petr Fiala said to loud cheers from the alliance's fans in a Prague hotel that his mandate to form the next government was "strong."

"Mr President will have to take it into account," he said.

The Czech economy, heavily dependent on car production and exports to the eurozone which the EU member of 10.7 million is yet to join, is on the mend after the COVID-19 lockdowns.

But the pandemic and increases in pensions and public sector wages, recently approved by Babis' cabinet, have made the public finance gap soar.