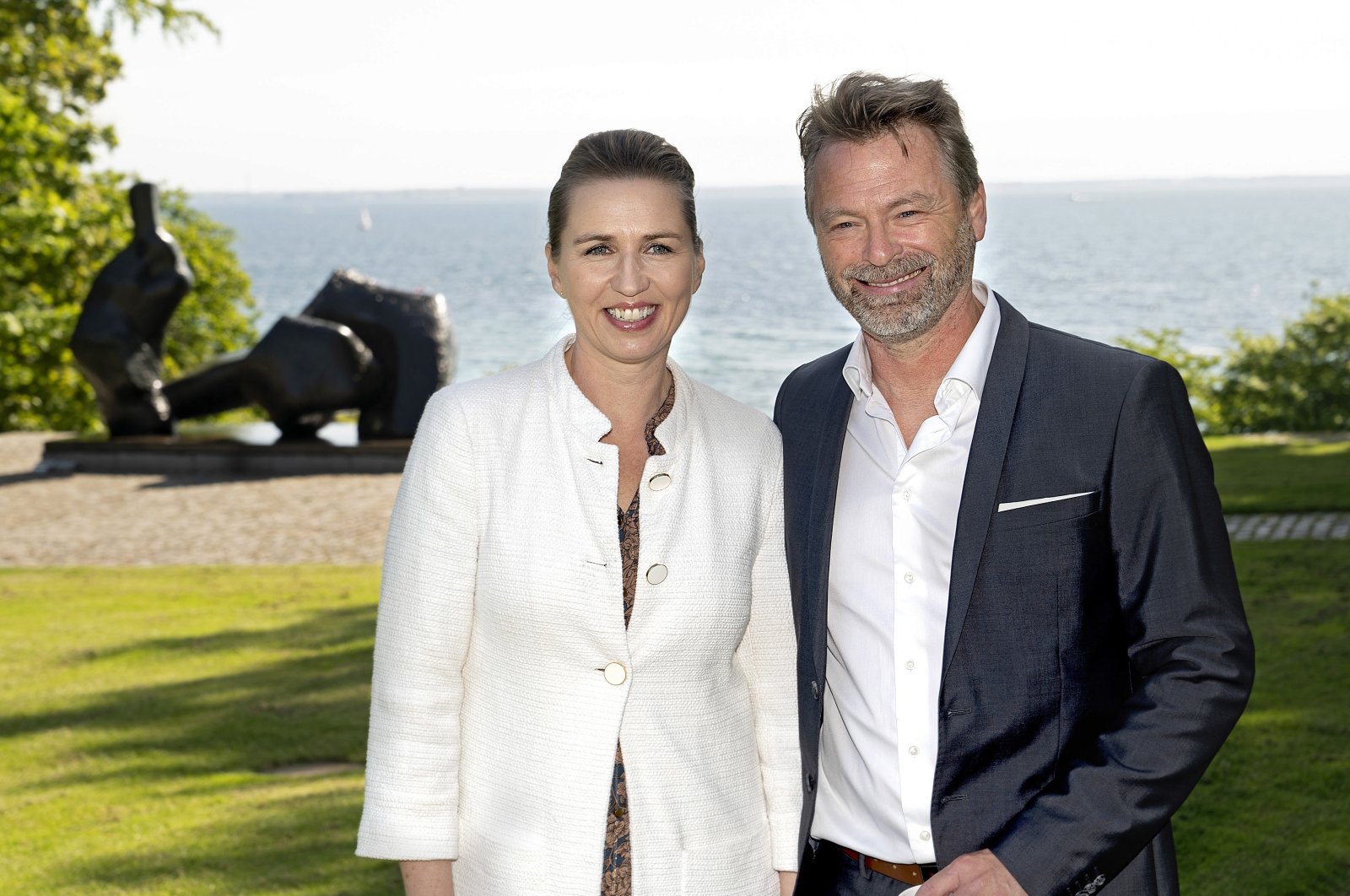 Danish Prime Minister Mette Frederiksen (L) and her fiance, Bo Tengberg, pose for a photograph during their visit to the Louisiana Museum of Modern Art in Humlebaek, Denmark, May 22, 2020. (EPA Photo)
by Associated Press
Jun 26, 2020 3:53 pm

Denmark’s Prime Minister Mette Frederiksen is postponing her wedding next month because of a European Union summit on the future of the bloc’s budget.

“The council meeting in Brussels takes place on the Saturday in July, where we had planned a wedding. Darn. But I have to take care of my work and take care of Denmark’s interests. So, we have to change plans once again,” Frederiksen said on her Instagram account.

It is the second time she has rescheduled the ceremony. Last year, Frederiksen postponed it because of national elections on June 5 that led her Social Democrats to form a one-party, minority government.

Frederiksen and her fiance, Bo Tengberg, met in 2014 and got engaged in 2017, according to the Danish newspaper Ekstra Bladet.

Frederiksen said she would “probably succeed in getting married soon” and praised her fiance's patience.

After a number of virtual meetings, the EU has scheduled a physical meeting of the European Council July 17-18 to discuss, among other things, a new long-term EU budget.