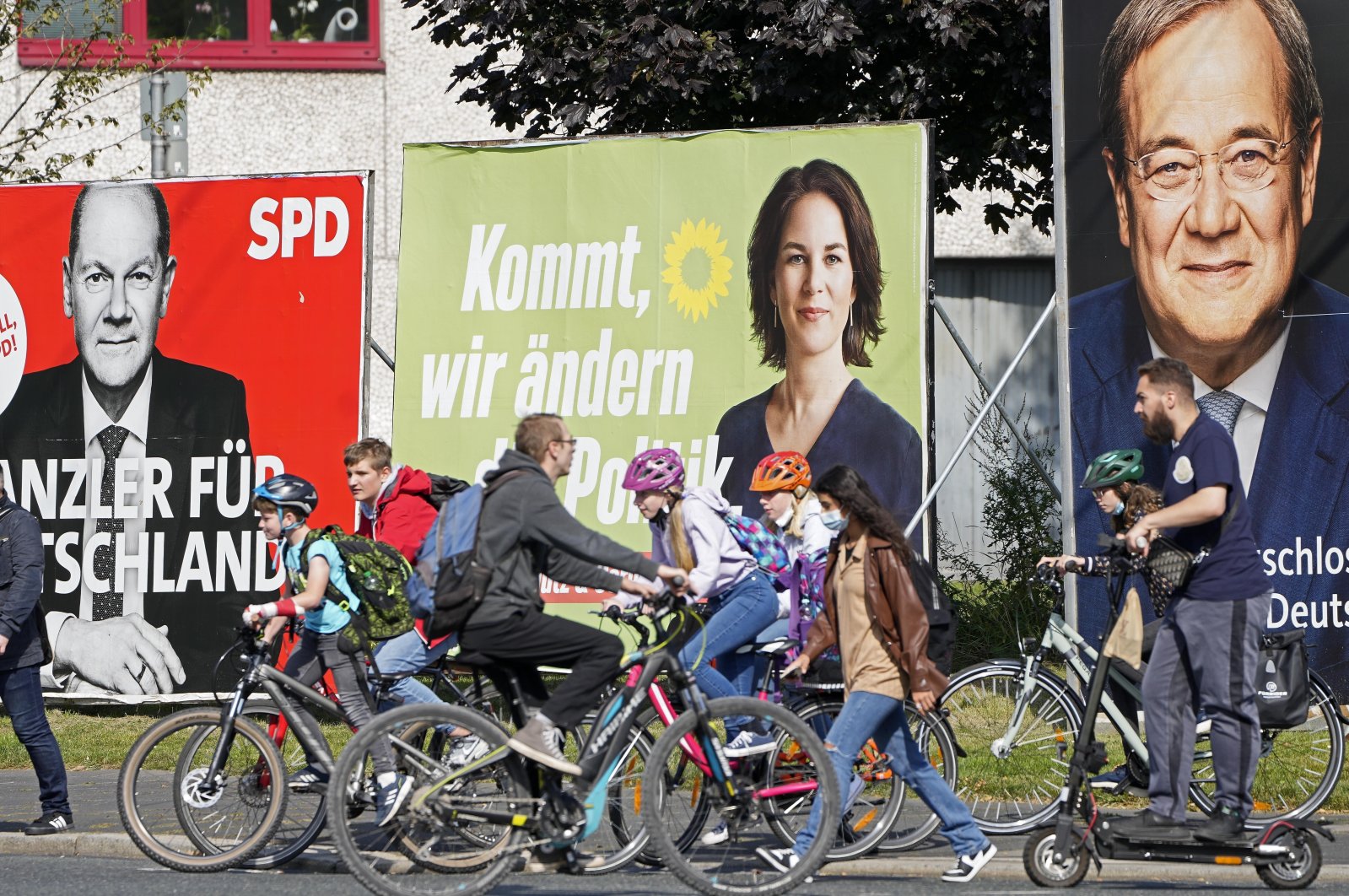 Germany is set to have a very closely fought election on Sunday that will determine the new direction of the European Union's most populous country as the 16-year reign of Angela Merkel comes to an end. While her party frantically looks to avoid a defeat by its center-left rivals, the environmentalist Greens also eye at least a share of power.

About 60.4 million people in the nation of 83 million are eligible to elect the new parliament, which decides who will be the next head of government. Recent polls point to a neck-and-neck race between Merkel's center-right Union bloc and the Social Democrats, with the latter marginally ahead.

The polls show the Greens, making their first bid for the chancellorship, in third place after a campaign in which all three have held the lead at one point. The Social Democrats' candidate, current finance minister and Vice Chancellor Olaf Scholz, has seen his personal ratings climb amid error-strewn campaigns by his rivals, the Union's Armin Laschet and the Greens' Annalena Baerbock.

Merkel, who remains personally popular after steering Germany through a string of crises, announced in 2018 that she wouldn't go for a fifth term. That set up the first election since West Germany's initial vote in 1949 in which there is no incumbent chancellor seeking re-election.

Voters appear underwhelmed by the choices. Whoever finishes first is expected to get a historically low share of the vote, with polls showing no party expected to get 30% support. The lowest score so far for a winning party is the Union's 31% in 1949, which also is the bloc's worst showing to date.

Such an outcome would likely trigger lengthy haggling on a new governing coalition, with whichever party finishes first best-placed — but not guaranteed — to have its candidate succeed Merkel.

A first-place finish for the Social Democrats, who provided three of Germany's eight post-World War II chancellors but have been Merkel's junior governing partners for 12 of the past 16 years, would be remarkable after a long poll slump for the party.

When the Union and the Greens chose their candidates this spring, the election was widely expected to be a race between the two.

The Union was prepared for a Laschet-Baerbock battle and "Laschet wanted practically to act as the incumbent, with all his leadership expertise" from his current job as governor of Germany's most populous state, North Rhine-Westphalia, political science professor Andrea Roemmele of the Hertie School in Berlin said this week.

"But now the duel isn't Laschet against Baerbock, it's Laschet against Scholz, and in this combination, Mr. Laschet has been forced into the role of challenger," she said. "Scholz is deploying all the power of his vice chancellorship, of the finance minister, and is enjoying campaigning this way; he has simply managed to build up trust."

Scholz also has had the smoothest campaign, although opponents sought to capitalize on a recent police search at his ministry. Baerbock suffered from early gaffes, notably having to correct details in a resume and facing allegations of plagiarism in a new book.

Laschet, the governor of North Rhine-Westphalia, was nominated after a divisive internal battle with a rival, then suffered from perceptions that he poorly handled deadly floods that his state in July. A scene in which he was seen laughing in the background as Germany's president delivered solemn remarks about the disaster did not help his campaign image.

The leading parties have significant differences in their proposals for tackling climate change. Laschet's Union is pinning its hopes on technological solutions and a market-driven approach, while the Greens want to ramp up carbon prices and end the use of coal earlier than planned. Scholz has emphasized the need to protect jobs as Europe's biggest economy transitions to greener energy.

Laschet insists there should be no tax increases as Germany pulls out of the coronavirus pandemic, which the country weathered well economically thanks to large rescue packages that have incurred new debt. Scholz and Baerbock favor tax hikes for the richest Germans, and also back an increase in the country's minimum wage.

Foreign policy hasn't played much of a role in the campaign, though the Greens favor a tougher stance toward China and Russia.

As their poll ratings have sagged, Laschet and other Union leaders have issued constant warnings that Scholz and the Greens would form a coalition with the opposition Left Party, which opposes NATO and German military deployments abroad. Whether such a partnership is realistic is questionable, given foreign policy and other differences.

The election's result may also allow for a repeat of the outgoing "grand coalition" of the traditional big parties, under either Scholz or Laschet, though there's unlikely to be much appetite for that on either side. But no party wants to bring the far-right Alternative for Germany into government.