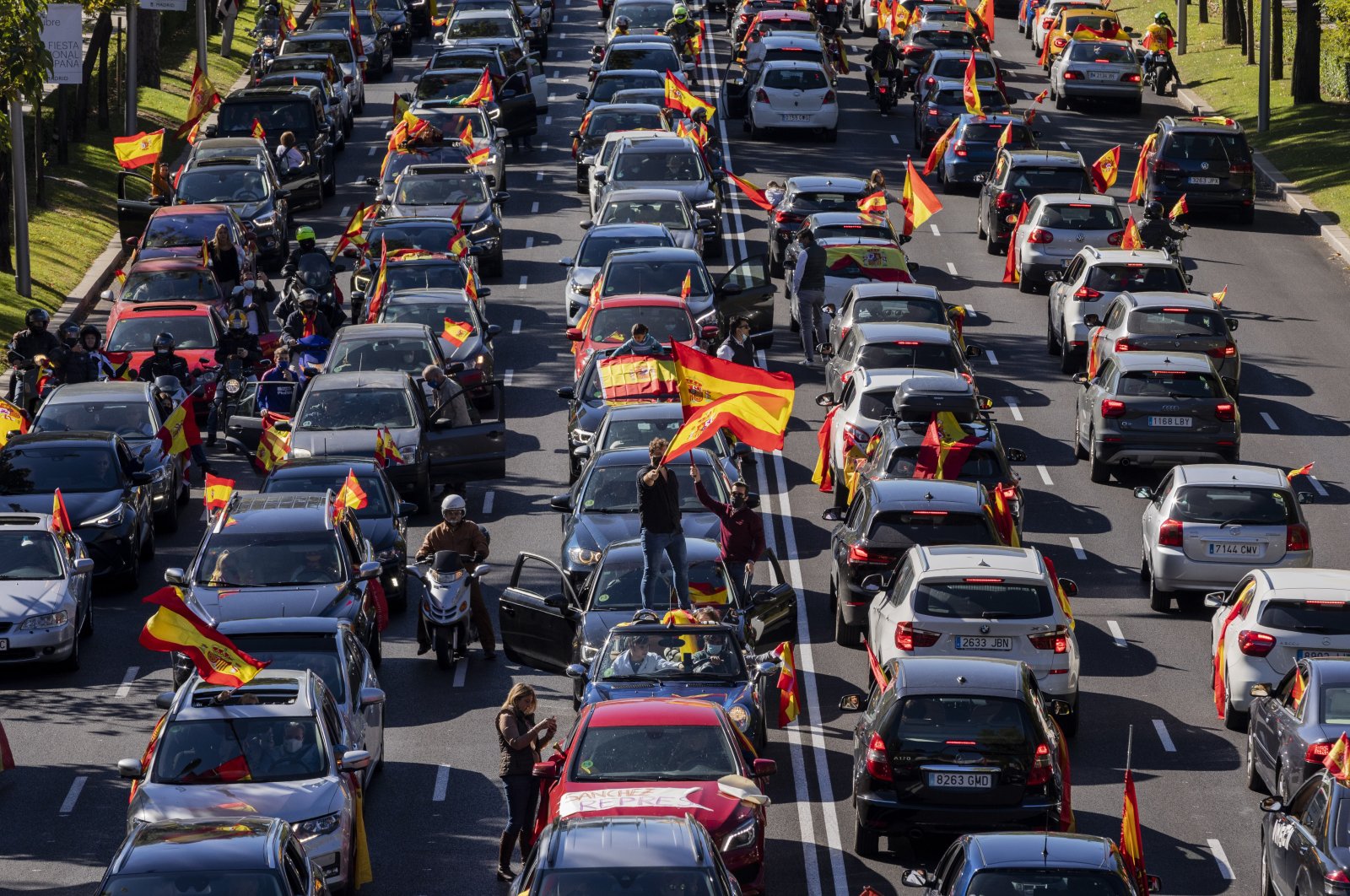 Hundreds of cars and motorbikes paraded Monday in Madrid and other Spanish cities in protests called by the far-right to demand Prime Minister Pedro Sanchez and his government resign.

Sporting red and yellow national flags and banners, people gathered on Spain's national day at the call of the far-right party, Vox, to protest the left-wing government's handling of the coronavirus pandemic.

In Madrid, hundreds of vehicles went down the large Castellana avenue where a military parade normally takes place on Oct. 12, canceled this year due to the pandemic.

Car protests also took place in Valencia in the east, and Seville and Malaga in the south, according to images on social media.

In Madrid's central Colon square, many protesters also gathered on foot, all wearing masks, often accompanied by their relatives.

They are critical of the government's handling of the pandemic in Spain, one of the worst-hit European countries that is facing a major second wave of the deadly virus.

A government decision to impose a state of emergency in Madrid to enforce a partial lockdown in the face of rising infections was a particular irritant.

"The government is abusing its power and imposing its decisions with a decree that is contrary to the Constitution," Joaquin, 62, a civil servant who refused to give his surname, told AFP, echoing the thoughts of other protesters.

The state of emergency went into effect on Friday for 15 days.

It was imposed after a major row between the central government and the right-wing regional government of Madrid over divergent ideas as to how to contain the virus in the capital and surrounding areas.

In decentralized Spain, the regions manage their own public health care.

Under the partial lockdown, people in Madrid and eight surrounding areas are not allowed to leave their towns but can go about freely within them.