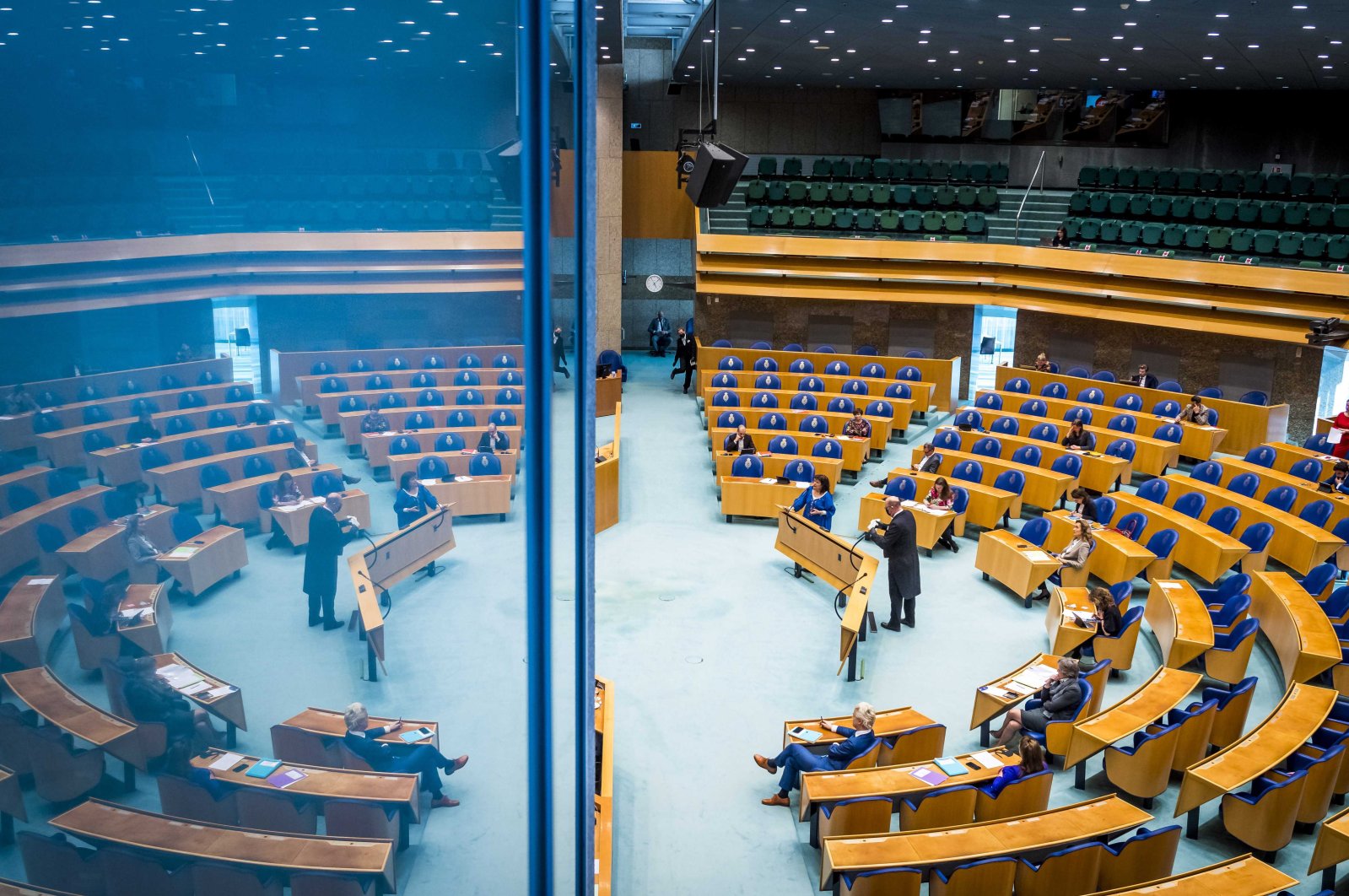 Overview of the House of Representatives during a debate about the developments surrounding COVID-19 in The Hague, the Netherlands, March 24, 2021. (EPA Photo)
by Reuters Mar 25, 2021 7:41 pm

Dutch police on Thursday afternoon said a bomb threat which had prompted the closing of parliamentary buildings and the surrounding area in The Hague had been a false alarm.

Hague police shortly after 6 P.M. local time (1700 GMT) said it had ended its investigation, and that nothing had been found.

Little less than an hour before, the police said it was investigating the scene because of a bomb threat, without giving further details.

Journalists on Twitter wrote that they had been told to leave the buildings, where they had been waiting for a news conference about the resumption of talks on forming a government following last week's national elections.

Those talks were put on hold earlier in the day when one chief negotiator unwittingly revealed a document with confidential information about the main parties' negotiation lines to a news photographer.