Early voting begins in Belarus ahead of presidential election 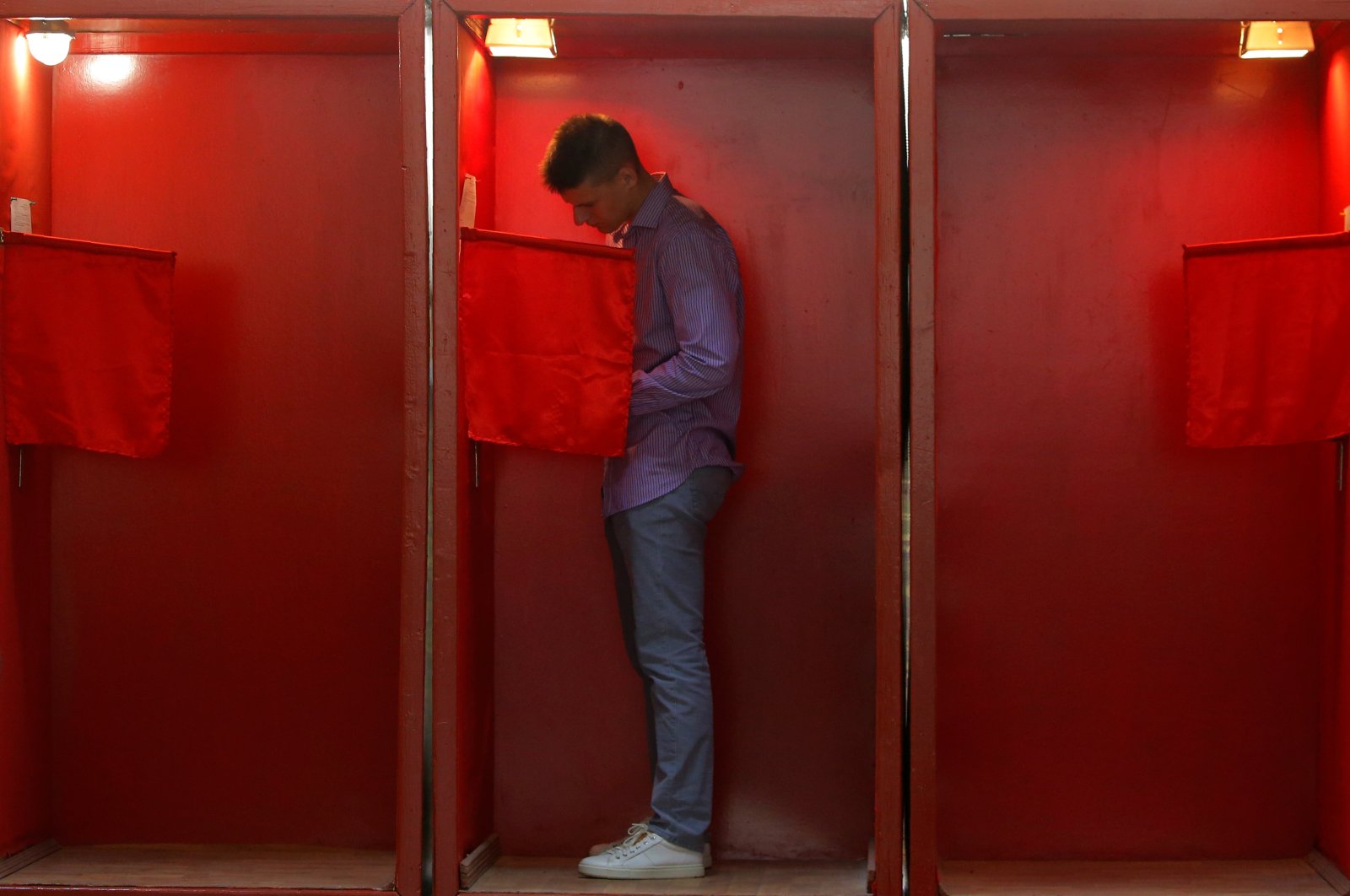 A man stands inside a voting booth during the early voting ahead of the Aug. 9 presidential election at a polling station in Minsk, Belarus, Aug. 4, 2020. (Reuters Photo)
by French Press Agency - AFP Aug 04, 2020 12:02 pm
RECOMMENDED

Early voting began in Belarus on Tuesday ahead of a presidential election in which strongman leader Alexander Lukashenko will seek a sixth term after barring his main rivals from running.

The 65-year-old has ruled over the ex-Soviet country wedged between Russia and Europe with an authoritarian grip for 26 years and has cracked down on the country's emboldened opposition in the lead-up to Sunday's election.

His leading rival, 37-year-old Svetlana Tikhanovskaya, is running in place of her jailed husband and has drawn massive crowds at rallies across the country in an unprecedented display of frustration with Lukashenko's rule.

The central elections commission on Tuesday said that the country's almost seven million eligible voters could cast ballots at 5,767 polling stations set up in public spaces including medical facilities and army barracks and at 44 polling stations abroad.

Independent observers claim the authorities put pressure on public-sector employees to vote for Lukashenko-friendly candidates during the early voting period and carry out widespread falsifications before the main election day.

Tikhanovskaya has called on her supporters to vote on Sunday, the last day of polling, to avoid manipulation before the count and to wear a white bracelet so independent monitors can easily identify them.

The Organization for Security and Cooperation in Europe (OSCE), which carries out international election and war monitoring, has not recognized any elections in Belarus as free and fair since 1995.

This year, the OSCE said it will not send observers to the vote after Belarus failed to issue an invitation in time. The organization also raised concerns over intimidation and arrests of the opposition.

The elections commission has said that no more than three observers can be present at each polling station during early voting "due to the epidemic situation" and only five will be permitted to oversee ballot boxes on Sunday.

In a recently published election manifesto, Lukashenko vowed to bolster Belarus's ties with other countries.

Since he took power, "we have been building Belarus, our common home with windows facing both the East and the West," he said.

The former collective farm director has accused European countries and Russia of meddling in the upcoming elections and last week arrested 33 Russian "militants" that the security services said were plotting mass riots with the opposition.