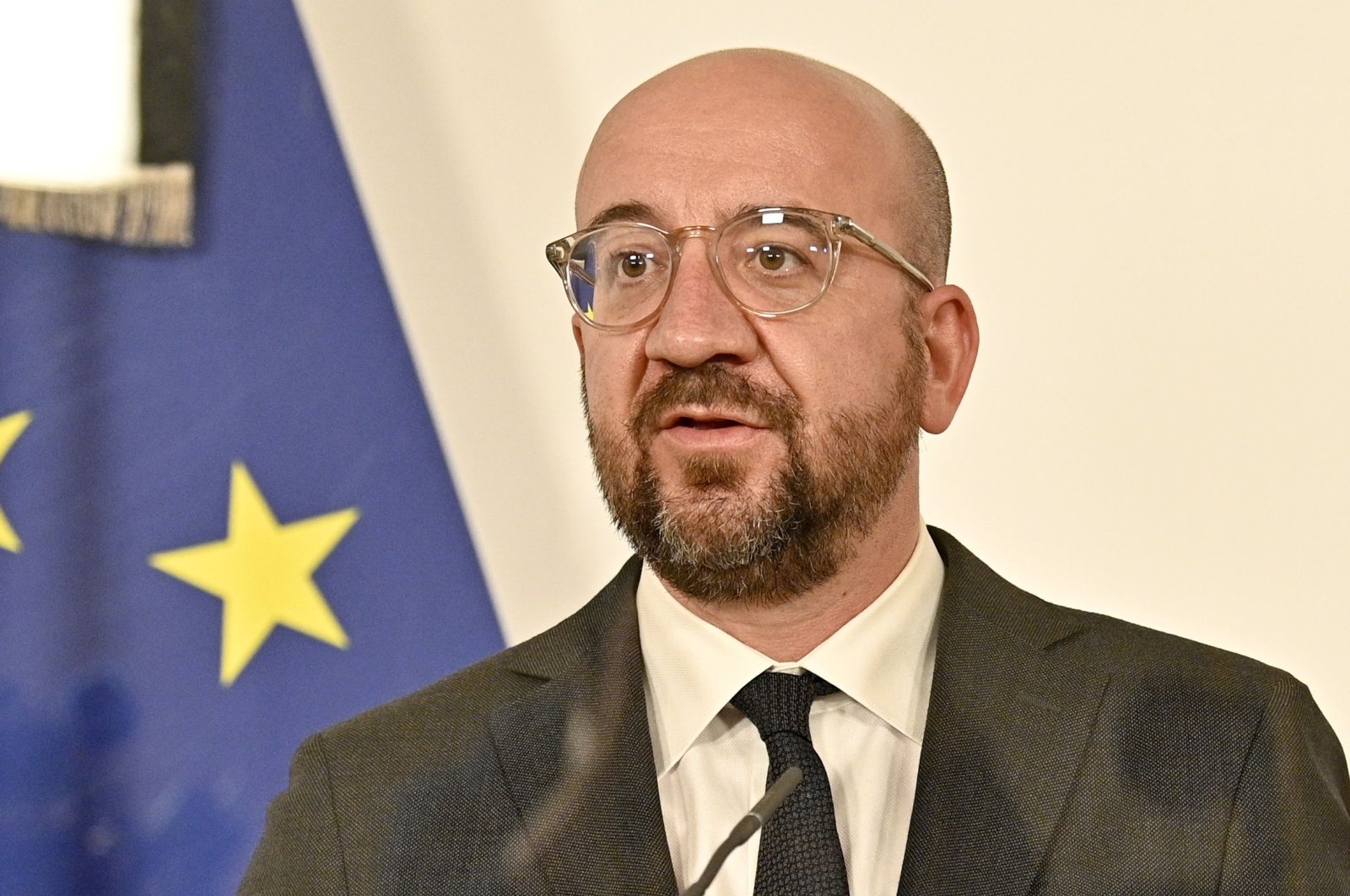 The President of the European Council Charles Michel speaks from behind a protective transparent board during his meeting with Austrian Chancellor in Vienna, Austria, Nov. 9, 2020. (AFP Photo)
by Agencies
Nov 10, 2020 3:42 pm

European Council President Charles Michel voiced support Monday for the creation of a European institute to train imams as he visited Austria to pay tribute to the victims of last week's terrorist attack in Vienna.

"It is very important to be firm on this. I think, for example, that we should have a debate at the European level connected to the idea that was raised some time ago to set up a European institute to train imams," said Michel in a press conference with Austrian Chancellor Sebastian Kurz.

According to Agence France-Presse (AFP) Michel said "this message of tolerance, openness can be conveyed at the European level ... to ensure that the primacy of civil law is accepted."

"Online messages glorifying terrorism must be quickly removed. There must be no impunity for terrorists and those praising them on the internet," he said later in a tweet.

For his part, Kurz said Europe should act together in the fight against terrorism and address the problem of foreign terrorist fighters because these people pose a great danger to Europe.

Kurz reiterated the importance of protecting the EU's external borders, arguing that the fight against "political Islam" should be continued decisively, the Anadolu Agency (AA) reported.

Last Monday's shooting was the first major attack of its kind in Austria for decades. At least four people died and 22 more were wounded in the terror attack in the country's capital.

Speaking at a news conference in Vienna last Tuesday, Interior Minister Karl Nehammer said the assailant, who was killed in a police operation after the attack, was a sympathizer of the Daesh terrorist group.

The gunman was identified as Kujtim Fejzulai, 20, a dual Austrian-Macedonian national who was convicted and imprisoned last year for trying to go to Syria to join Daesh. This information was known by the Austrian intelligence but it was not shared with the prosecutors, Nehammer added.

On Friday, EU interior ministers will hold a regular meeting in which they are expected to discuss the recent attacks and new measures to prevent them.