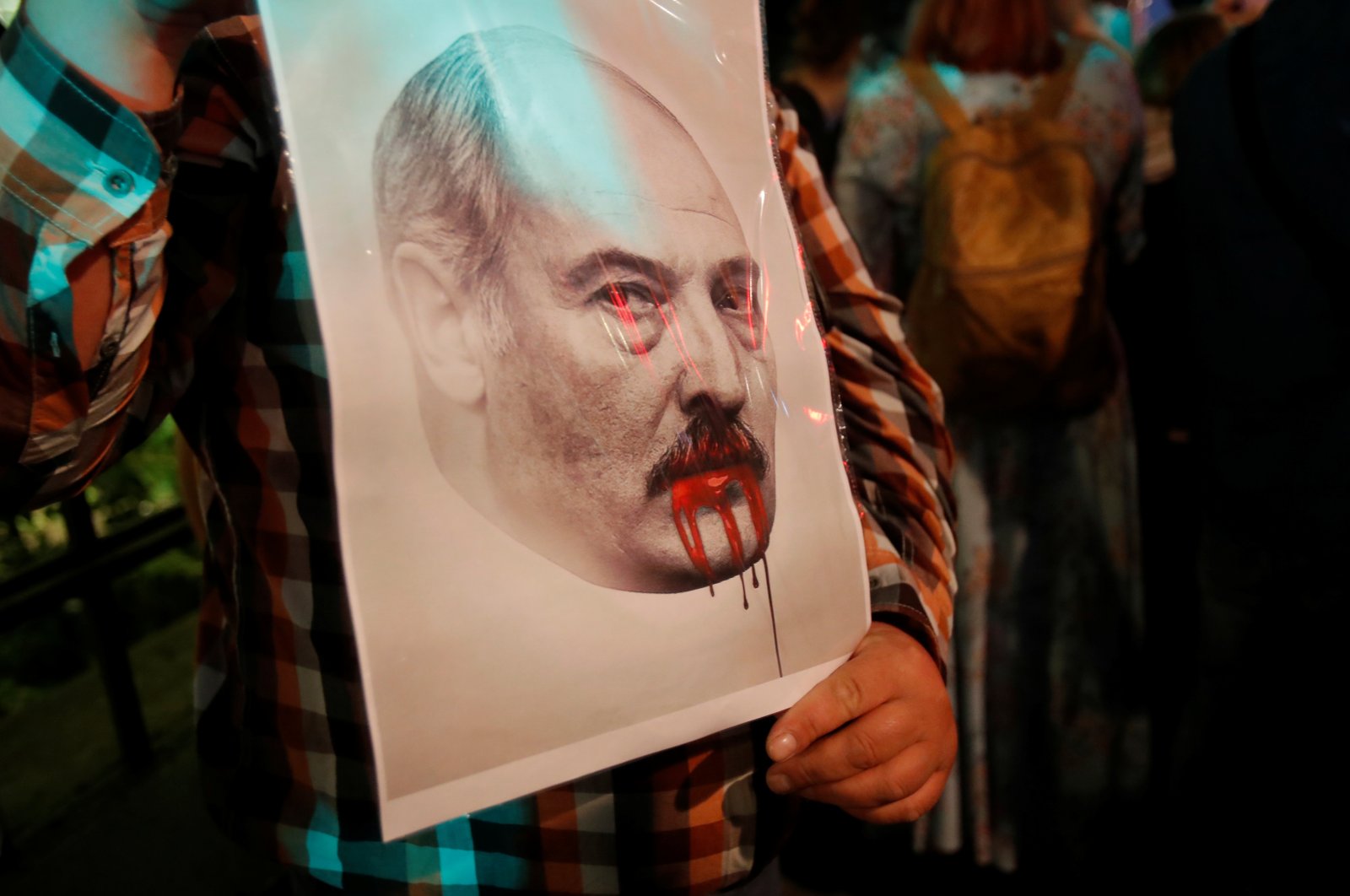 A demonstrator holds a portrait of Belarusian President Alexander Lukashenko during a protest against the presidential election preliminary results outside the Belarusian embassy in Moscow, Russia, Aug. 11, 2020. (Reuters Photo)
by French Press Agency - AFP
Aug 11, 2020 9:42 pm

The European Union declared Tuesday that the Belarus presidential election that returned authoritarian President Alexander Lukashenko to the office had been "neither free nor fair."

In a statement from EU chief diplomat, Josep Borrell, on behalf of EU members, the bloc threatened "measures on those responsible for the observed violence, unjustified arrests and falsification of election results."

Belarus went to the polls Sunday against a backdrop of large-scale opposition protests against Lukashenko's rule, but the official electoral commission declared him the winner.

Street demonstrations that have since broken out were met with a forceful police crackdown and opposition candidate Svetlana Tikhanovskaya fled to Lithuania, saying she was fearful for her children.

"During the electoral campaign, the people of Belarus have demonstrated the desire for democratic change," Borrell said in the statement drawn up after consultations with the 27 EU member states.

"State authorities deployed disproportionate and unacceptable violence causing at least one death and many injuries," he said, his language echoed in a tweet by EU Commission President Ursula von der Leyen.

"The people of Belarus deserve better," he said, demanding the release of the thousands of alleged opposition activists rounded up during the protests.

Brussels previously had wider sanctions against figures linked to Lukashenko's government but lifted many of them in 2016 after the release of a previous batch of political prisoners.

There is still a ban on exports of weapons and equipment that could be used to repress the population and four Belarusians are subject to an EU travel ban and asset freeze.

The European Union's foreign ministers will meet on Aug. 27 and 28 in Berlin and could prepare new measures against Minsk for the approval of their leaders when they meet at a Sept. 24 summit in Brussels.