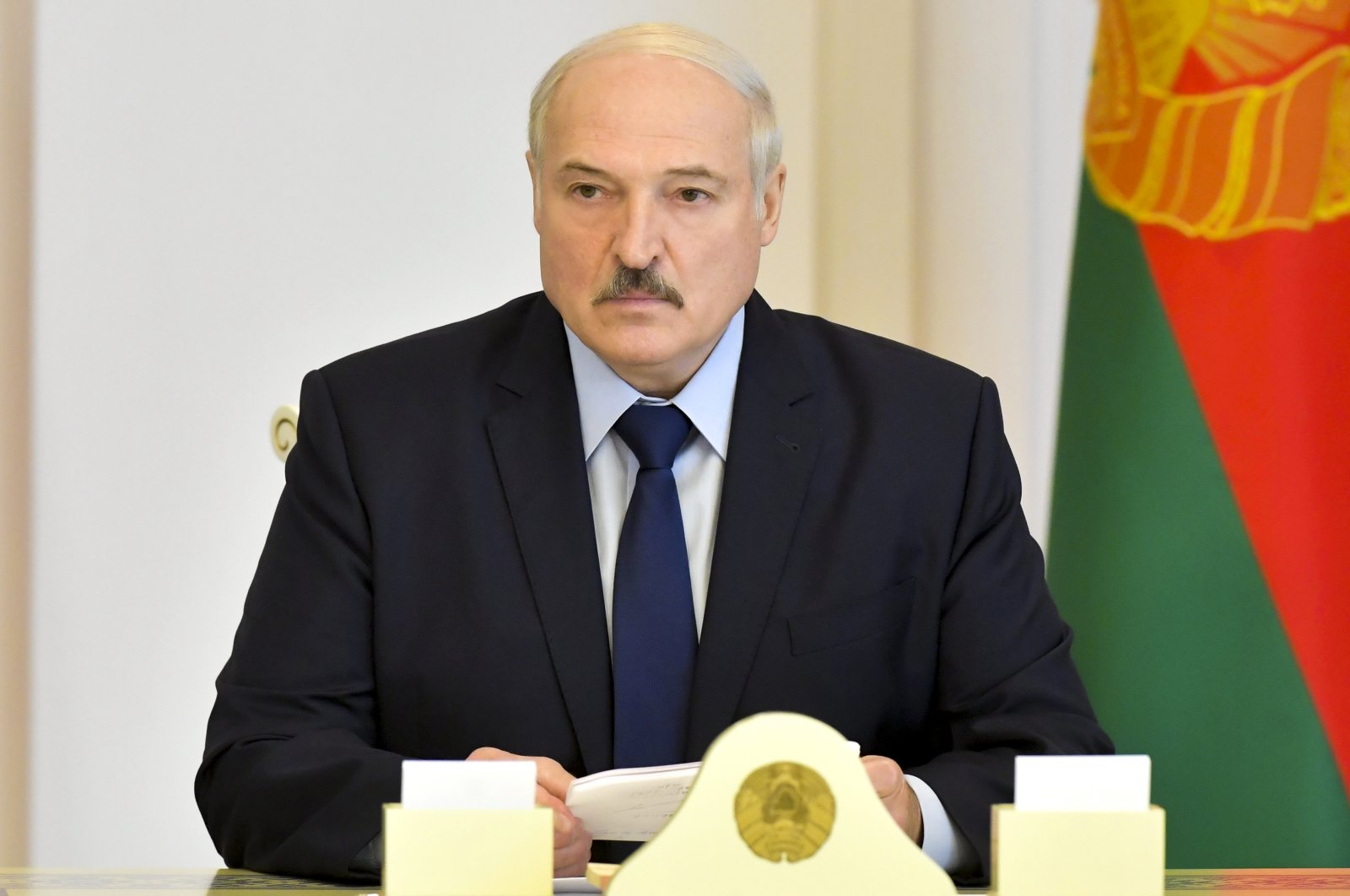 Protests against President Alexander Lukashenko continued in Belarus on Friday, as European Union ministers agreed to draw up a list of targets for a new round of sanctions aimed at curbing a crackdown on post-election demonstrations.

"The foreign ministers agreed to impose sanctions on those responsible for the repression and a list of names will be drawn up," one European official said.

Sweden's Foreign Minister Ann Linde said in a tweet that the "EU will now initiate a process of sanctions against those responsible for the violence, arrests and fraud in connection with the election."

Once the list is finalized, each individual or entity on it will have to be approved unanimously by member states, but officials said none of the 27 raised objections to the idea of sanctions.

Ahead of the meeting there had been calls for action from several EU members, especially Belarus' neighbors Poland and Lithuania.

Poland, Latvia and Lithuania said that they are ready to act as mediators to try to resolve the post-election crisis, after a poll that Brussels has already said was "neither free nor fair".

Lithuania also on Friday offered to treat Belarusians injured during the protests and suggested setting up the EU fund to support "the victims of repression".

Just last February, the EU had extended sanctions on Belarus, extending an arms embargo and asset freezes, as well as travel bans against several Belarusian officials.

Belarusian opposition politician Svetlana Tikhanovskaya on Friday called for more peaceful protests and urged supporters to sign an online petition demanding a recount of a presidential election, in which she believes she was cheated out of victory.

In a video posted on YouTube, Tikhanovskaya, who is in neighboring Lithuania, also asked supporters to demand an official investigation into allegations that last Sunday's election was falsified.

The government on Friday began releasing thousands of protesters detained in a violent crackdown after issuing a rare public apology in an effort to quell nationwide protests that now pose the biggest challenge to President Lukashenko in his 26 years in power. At least two protesters have died and around 6,700 were detained in the crackdown.

Many of those who were released talked about brutal beatings and other abuse at the hands of police and some showed bruises. Some wept as they embraced their relatives. The releases came hours after Belarus' top law enforcement official apologized on state television for the indiscriminate use of force by police. "I take responsibility for what they say was violence against those people, who happened to be nearby and failed to back off quickly enough," Interior Minister Yuri Karayev said late Thursday.

Nevertheless, a new round of protests began on Friday morning as people formed human chains in the capital, Minsk, and the pressure was building on Lukashenko from outside.

Hundreds of women formed long “lines of solidarity” in several areas of the capital, Minsk. Many were dressed in white and carried flowers and portraits of detained loved ones. The human chains grew throughout the day, filling Minsk's main central squares and avenues and spreading to numerous other cities as motorists honked in support. Amid growing public dismay, dozens of military and police veterans posted videos in which they dumped their uniforms and insignia in the trash. Several popular anchors at Belarus’ state TV stations have quit.

The massive protests against election results and police brutality have been an unprecedented challenge to Lukashenko, who has been in power since 1994 and earned the nickname of “Europe’s last dictator” for his relentless crackdown on dissent. The scope and ferocity of the police clampdown were remarkable even for Lukashenko’s iron-fisted rule, triggering widespread anger.

After dismissing protesters as mostly ex-convicts and unemployed, the authoritarian leader kept silent Thursday as the rallies spread quickly and workers at major industrial plants joined them. Some reports said he was preparing an address to the nation.

Clearly worried about the possibility of major strikes, Lukashenko warned that they would deepen the damage inflicted by the coronavirus pandemic and could lead to Belarus losing its niche in global markets amid intense competition.