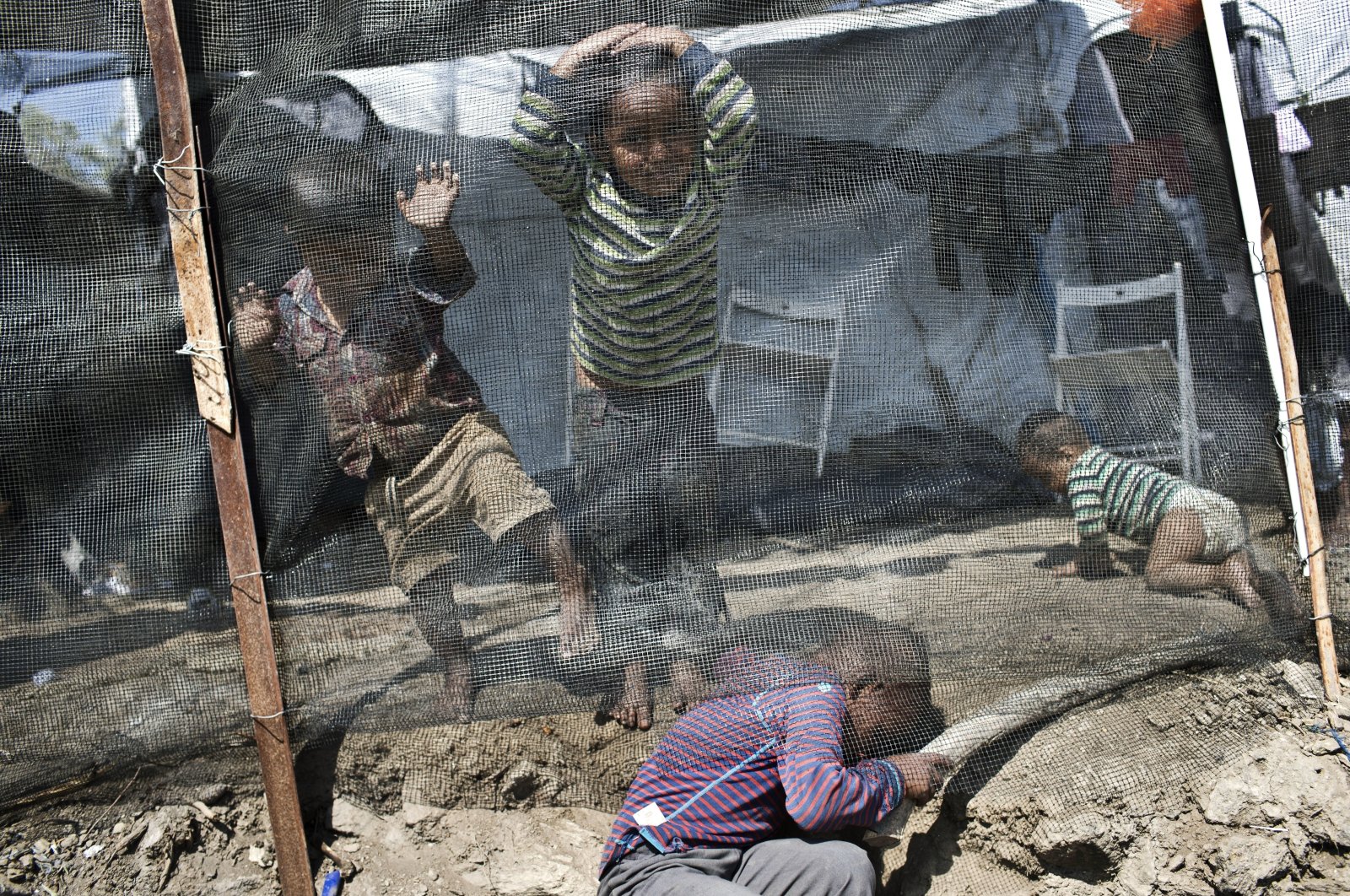 The 7,200 migrants left in temporary accommodation after the grossly overcrowded Greek camp Moria was razed to the ground can expect new permanent accommodation by September 2021, after the European Commission and Greece agreed to establish a reception center for refugees.

"The memorandum signed today sets out the respective responsibilities and areas of cooperation between the Commission, the Greek authorities and EU agencies,” said a statement from the European Commission, according to Anadolu Agency (AA).

"Today's agreement comes in addition to €121 million ($147.2 million) in EU funding granted to Greece last month for the construction of 3 smaller reception centres on the islands of Samos, Kos, and Leros, also to be completed by September 2021,” it added.

A fire at the Moria refugee camp this September left nearly 13,000 people without shelter, sanitation, food or water, forcing them to sleep in fields and nearby cemeteries. Many were transferred to the Greek mainland, some to other EU countries and others to the Kara Tepe facility on Lesbos. Desperate asylum-seekers live in tents that are not suitable for winter conditions, without heating, hot water or enough showers or toilets since the new camp was designed to be a temporary solution.

This year, in addition to the cold and rain, migrants face the risk of catching the coronavirus, and in the camp, it is impossible to maintain social distancing, wash hands frequently or have immediate, proper access to medical care. Even during the months when virus restrictions were lifted for Greek citizens, the migrants remained in place at camps throughout the country.

Aid groups have voiced grave concerns about conditions at the site and the lack of infrastructure for the cold winter months. The new permanent reception center will have better facilities than the infamously squalid Moria, according to a press release from the European Union's executive branch on Thursday, the Deutsche Presse-Agentur (dpa) reported.

There will be a living area with containers, medical containers for health care, recreational spaces and prefabricated buildings for education, the statement continues.

"We will bring decent conditions to migrants and refugees who arrive, as well as supporting the communities on the Greek islands," Commission President Ursula von der Leyen said in the statement.

The new center should be set up to allow "seamless" asylum application processing for people seeking refuge in the EU, deciding swiftly on either deportation or allowing settlement, the press release states.

"It is also about fast and fair procedures, so the centres are what they should be – only a temporary stop before either return or integration," von der Leyen said.

Greek authorities set up the Kara Tepe reception center in just a few days in early September. It was initially intended as a temporary solution to house the thousands left with little or nothing after the Moria blaze. However, in November, the migration ministry said the permanent camp intended to replace Moria would not be ready before the summer of 2021.

"As with the onset of winter, weather conditions are rapidly worsening, the remaining gaps need to be swiftly addressed, something which the United Nations High Commissioner for Refugees (UNHCR) has offered to help expedite," the head of UNHCR's team in Lesbos, Astrid Castelein, said, while a doctor from the National Health Organisation based on the island has also argued for urgent action, saying vulnerable people and patients with chronic diseases must leave the camp immediately for the mainland.