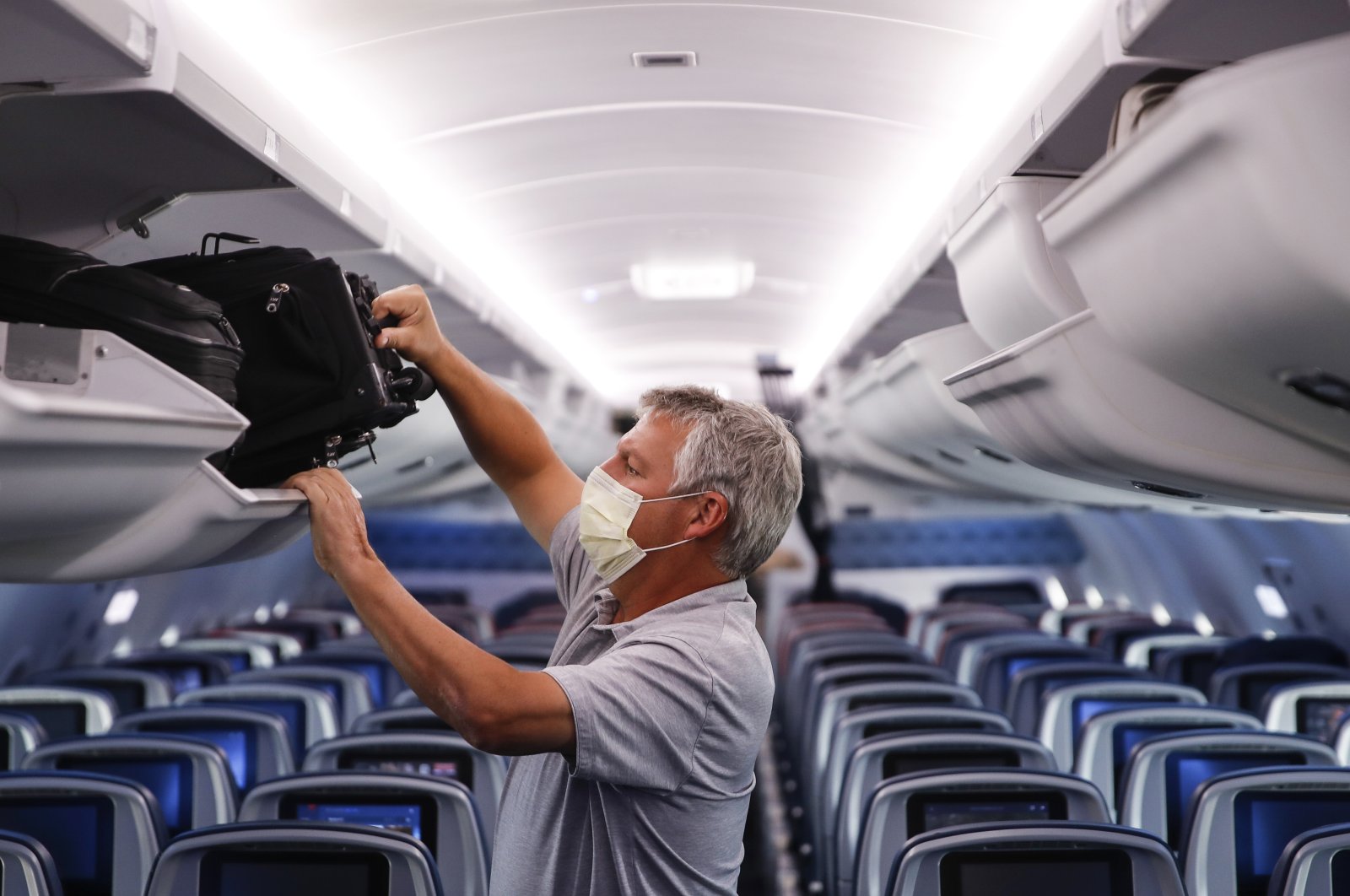 A passenger wears personal protective equipment on a Delta Airlines flight after landing in Minneapolis, United States of America, May 28, 2020. (AP File Photo)
by Associated Press May 11, 2022 7:45 pm
RECOMMENDED

The European Union Aviation Safety Agency said it hoped the joint decision, made with the European Centre for Disease Prevention and Control, would mark “a big step forward in the normalization of air travel" for passengers and crews.

The new guideline “takes account of the latest developments in the pandemic, in particular, the levels of vaccination and naturally acquired immunity, and the accompanying lifting of restrictions in a growing number of European countries,” the two agencies said in a joint statement.

“Passengers should however behave responsibly and respect the choices of others around them,” EASA Executive Director Patrick Ky said. "And a passenger who is coughing and sneezing should strongly consider wearing a face mask, for the reassurance of those seated nearby.”

While the new recommendations take effect on May 16, rules for masks may still vary by airline beyond that date if they fly to or from destinations where the rules are different.

Germany's Health Ministry said it will continue to require all passengers over the age of 6 to wear medical masks on flights to, from, or within the country, though they can be removed during meals.

Last week, German carrier Lufthansa denied a large group of Jewish travelers board a plane because some had refused to wear masks. The airline has since apologized for the incident.

European Centre for Disease Prevention and Control director Andrea Ammon said washing hands and social distancing should still be practiced, but airport operators are advised not to impose distancing requirements if these are likely to lead to a bottleneck.

The agencies also recommended that airlines keep systems for collecting passenger locator information on standby in case they are needed in the future, for example, if a new dangerous variant emerges.

Airlines welcomed the change in guidance and called for a consistent approach to mask mandates.

“We believe that mask requirements on board aircraft should end when masks are no longer mandated in other parts of daily life, for example theaters, offices or on public transport," said Willie Walsh, director-general of the International Air Transport Association.

The decline in reported COVID-19 cases over the past weeks has prompted countries across Europe to roll back pandemic-related restrictions.

Germany said Wednesday that it was disbanding a crisis task force appointed to lead the official response.

And the French government announced separately Wednesday that people will no longer have to wear facemasks in any forms of public transport starting from Monday.

Health Minister Olivier Veran, speaking after a Cabinet meeting, said that the decision is part of policies to lift most restrictions as the pandemic is slowing down in the country.

French authorities reported this week about 39,000 confirmed cases of COVID-19 each day on average, down by 30% compared to last week. The number of patients in hospitals has also been steadily decreasing in recent weeks.

Wearing facemasks will no longer be needed in metros, buses, trains and domestic flights. It is still be requested in hospitals and nursing homes, Veran said.