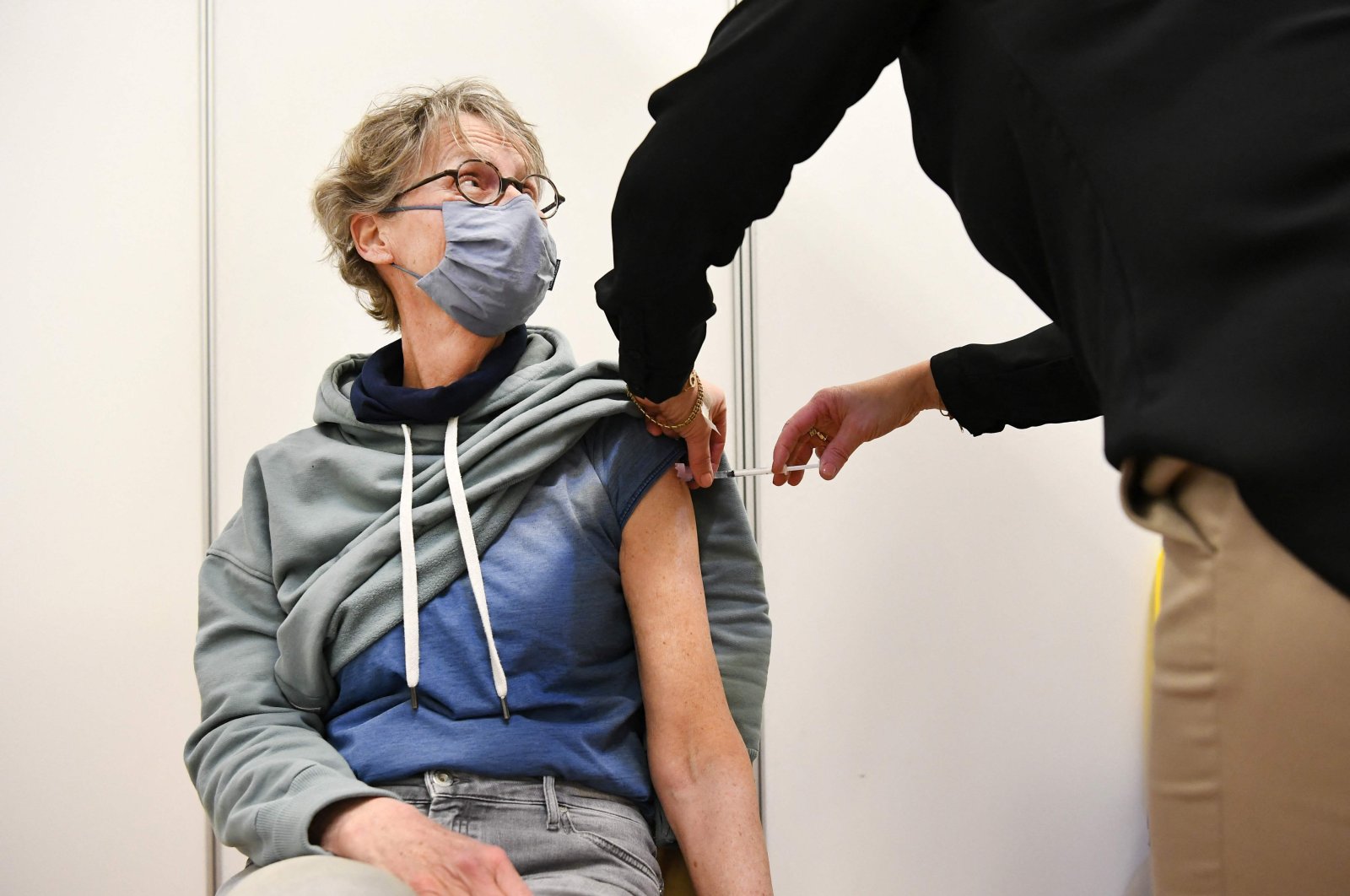 A general practitioner administers a dose of AstraZeneca’s COVID-19 jab to a patient during a vaccination campaign in Ede, the Netherlands, March 20, 2021. (AFP Photo)
by French Press Agency - AFP Mar 25, 2021 6:37 pm
RECOMMENDED

The European Medical Agency (EMA) has announced it will convene a group of experts on Monday to delve further into incidents of blood clotting in people who have received AstraZeneca's COVID-19 vaccine.

The group convening on Monday will cover "aspects such as any plausible mechanism of action, possible underlying risk factors and any additional data needed to gain a deeper understanding of the observed events and the potential risk," an EMA statement said according to Agence France-Presse (AFP).

The Amsterdam-based regulator last week declared that AstraZeneca's coronavirus vaccine was not linked to an overall increase in the risk of blood clots and that the benefits of use outweigh the risks, paving the way for European countries to resume administering the shots.

“Our scientific position is that this vaccine is a safe and effective option to protect citizens against COVID-19,” said the head of the EMA, Emer Cooke.

Several European countries had suspended the use of the vaccine over the past week following reports of rare types of blood clots occurring in a small number of the millions of people who had received the shot across the continent, reported The Associated Press (AP).

The group of medical experts and two representatives of the public will "provide additional input into the assessment," the EMA said in a statement Thursday.

Numerous European countries quickly followed the EMA recommendation and lifted their suspensions of AstraZeneca vaccinations as infections and deaths continue to climb.

The agency declared that the benefits from the jab continue to outweigh the risk of side effects, as did the World Health Organization (WHO).

"The WHO Global Advisory Committee on Vaccine Safety is carefully assessing the latest available safety data," the U.N. health agency said in a statement. "At this time, WHO considers that the benefits of the AstraZeneca vaccine outweigh its risks and recommends that vaccinations continue."

However, the EMA is pursuing investigations, noting a link could not definitively be ruled out to a rare clotting disorder, according to AFP.

The outcome of the expert meeting on Monday will feed into the safety panel's updated health recommendation due to be published between April 6-9.