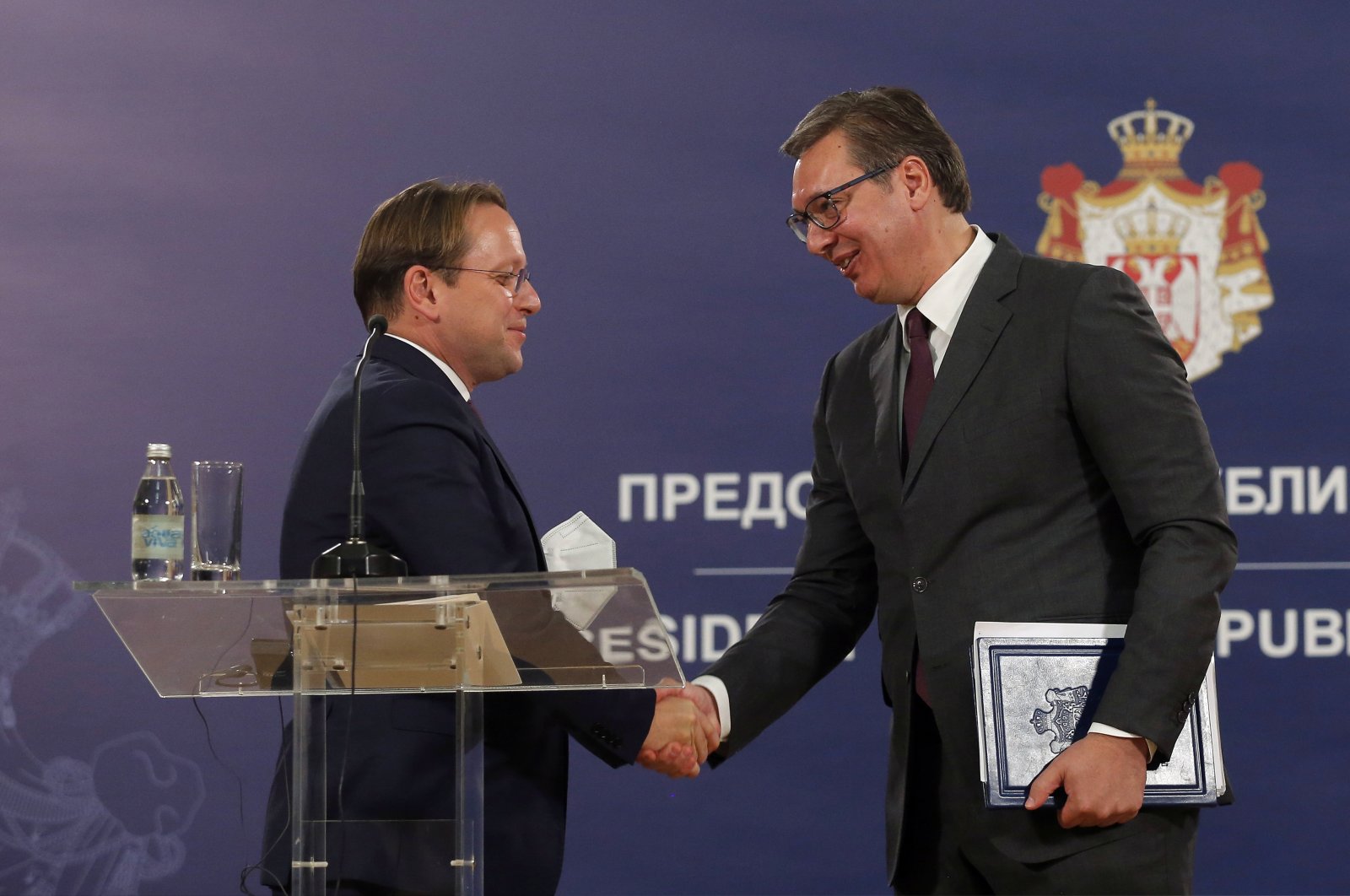 The European Union's enlargement commissioner on Thursday urged the countries of the Western Balkans to create a single economic area to better feel the benefits of the bloc’s investment plans.

Oliver Varhelyi was in Kosovo as part of a tour of the Balkans. He urged Kosovo to "speed up the reforms because these investments go hand in hand with the reform efforts."

The EU this week approved a 9 billion-euro ($10.58 billion) package of grants for the Western Balkan countries through 2027.

Varhelyi said they are "in coordination with our international financial institution partners to create an additional 20 billion euros ($23.5 billion) in guarantees for the region."

The sum would amount to a third of the region’s gross domestic product (GDP), and the EU expects it to boost the economy by 3% to 4%.

"It is crucial to have a single economic area in the Balkans, because these investments will only bring the benefits if these investments work regionally," Varhelyi said at a news conference with Kosovar Prime Minister Avdullah Hoti.

"The economic investment plan can be a game-changer for the region. It can change significantly the landscape of this region within four to five years," he said.

The bloc wants to see further progress on issues relating to the rule of law, corruption, judiciary reform and better public administration.

Western Balkan countries are at different stages of EU membership: Serbia and Montenegro have already started negotiating some chapters of the final deal, while Albania and North Macedonia have been given the green light to start talks. Kosovo and Bosnia-Herzegovina have signed a Stabilization and Association Agreement, the first step in the path to membership.

Varhelyi said he saw progress in the Kosovo-Serbia talks on normalizing their ties and welcomed the United States renewed interest in the process.

He said many of the EU plans and those of the U.S. converged.

U.S. President Donald Trump’s administration has been working to normalize relations between Serbia and Kosovo and in September Serbian President Aleksander Vucic and Kosovo Prime Minister Avdullah Hoti signed a deal at the White House that aims to normalize economic relations.

Later Thursday, Varhelyi visited the Serbian capital of Belgrade where he said that the EU wants to see the region – where China and Russia are also vying for influence – move closer to the bloc. Varhelyi expressed hope the new Serbian government, which is about to be formed following June 21 elections, will push the reform process forward.

Serbia's populist President Vucic hailed the announced investment projects but rejected most of the EU criticism in a report about the pace of democratic reform.