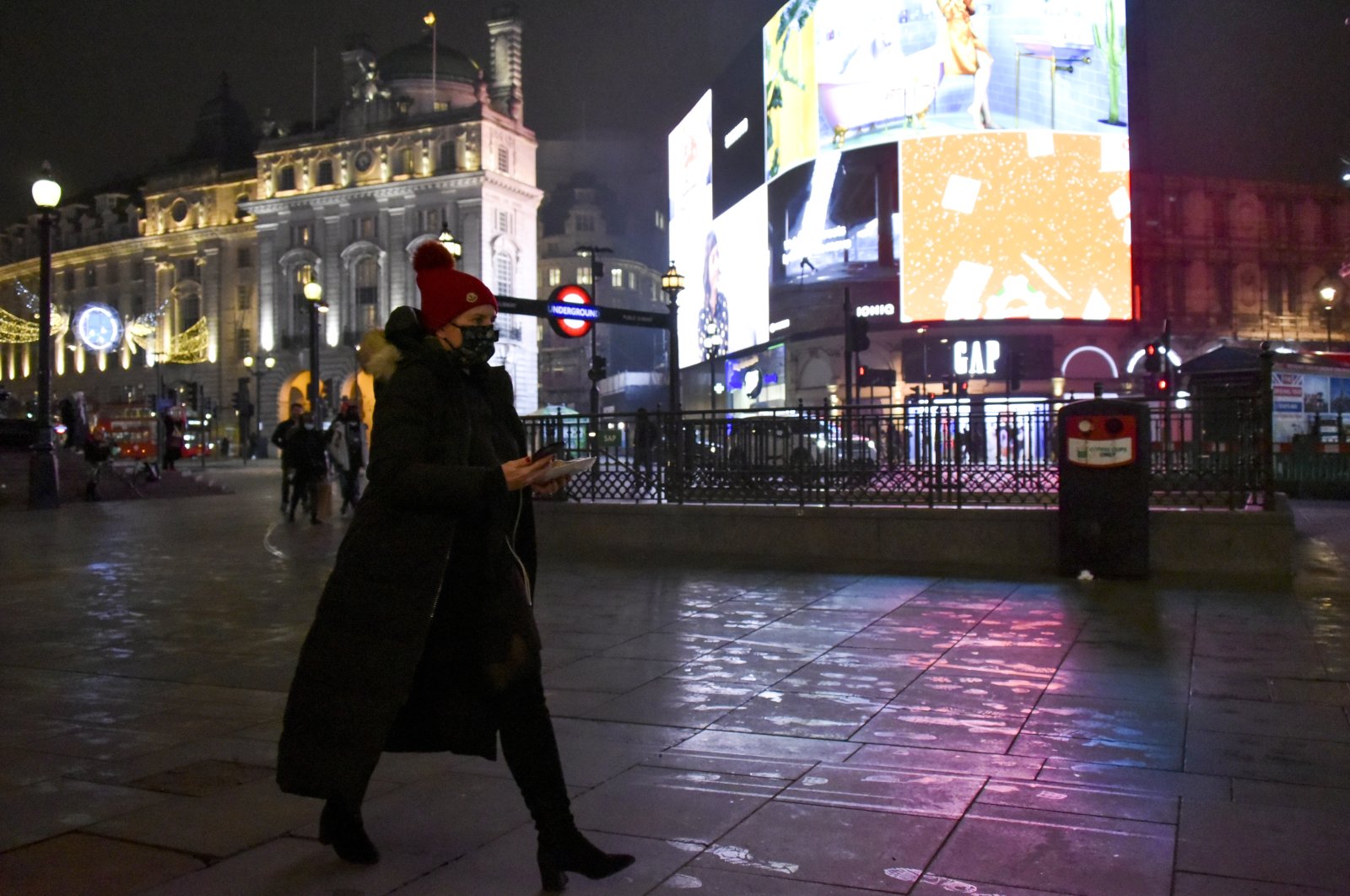 A woman wears a face-covering mask as she walks in the normally busy tourist and shopping area at Piccadilly Circus in London, Dec. 22, 2020. (AP Photo)
by REUTERS Dec 22, 2020 9:44 pm
RECOMMENDED

Europe became the first region worldwide to cross 500,000 COVID-19 deaths on Tuesday, according to a Reuters tally, as a new variant of the coronavirus discovered in Britain threatened the region's prevention measures to curb the pandemic.

Reports of the mutated variant out of England prompted a pre-Christmas lockdown and have forced dozens of countries to close their borders to British travelers this week.

Italy, the nation with the highest death toll in Europe, on Sunday detected a patient infected with the new variant as have Denmark and France.

To curb the spread, European countries are considering screening passengers on flights from the U.K. and obligating quarantine for travelers upon arrival.

Earlier this month, the United Kingdom became the first nation to approve the Pfizer Inc - BioNTech vaccine followed by the United States, European Union and other countries.

Europe has reported about 30% of the global COVID-19 fatalities and cases so far, according to a Reuters tally.

France, Spain, Italy, the United Kingdom and Russia have reported hundreds of deaths a day and the five countries account for almost 60% of the region's total fatalities.

Globally there have been 77.52 million cases and 1.71 million deaths, according to a Reuters tally.