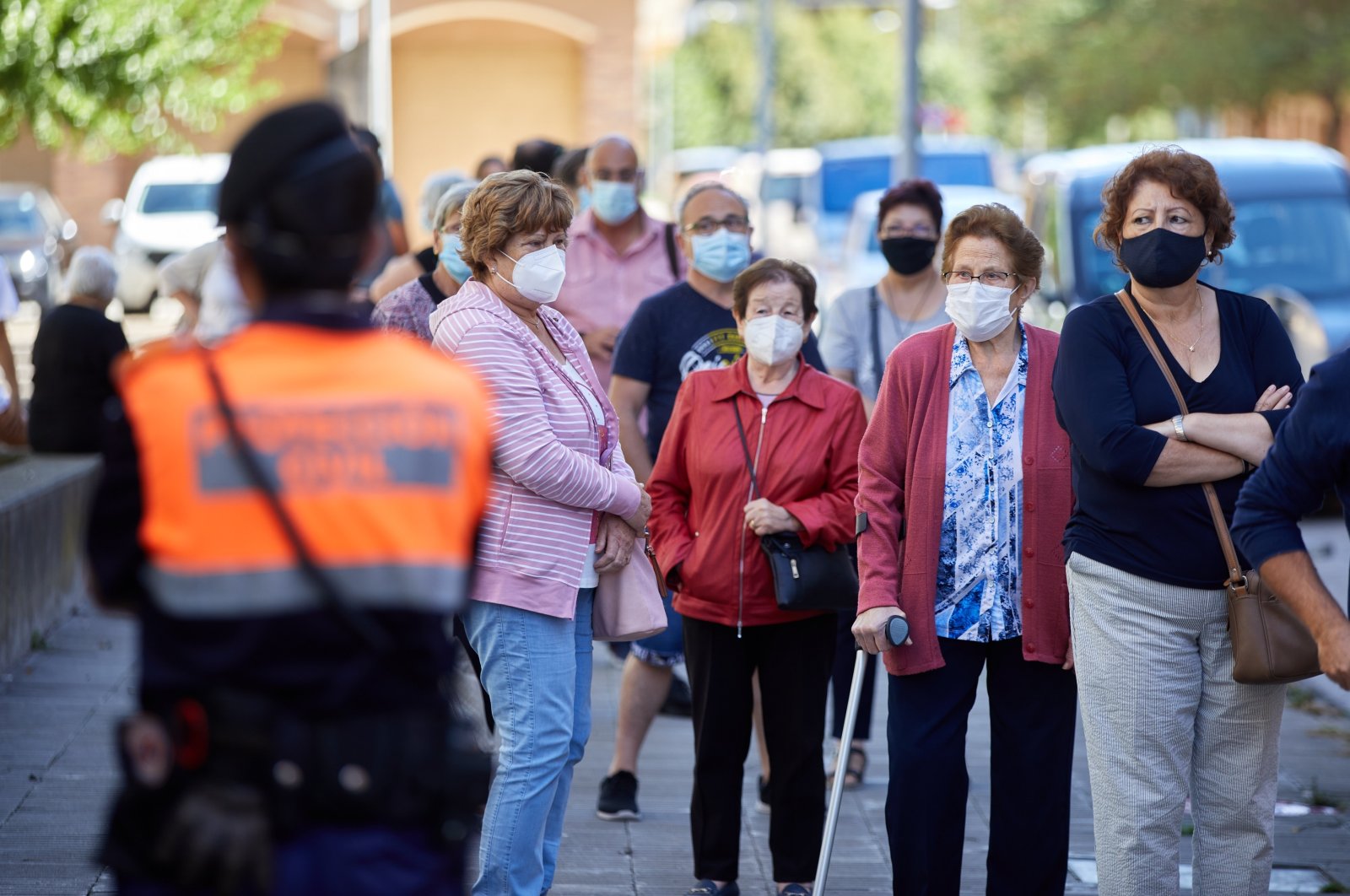 Spain leads the second wave of the pandemic with the highest rate of infection in Western Europe, as new cases in the country have taken its total beyond 500,000

Concerns are growing about a resurgence of the coronavirus outbreak across Europe, with Spain becoming the first country in Western Europe to surpass half a million infections. The nation had largely gained control over its initial outbreak, but infections have surged since restrictions were fully removed at the end of June, sparking concern over the reopening of schools in the country.

Over 8 million students in Spain are beginning the academic year this week or next, with the starting date varying in each of its 17 regions and according to education levels. Although scientists are still studying the role children play in spreading COVID-19, younger children appear less infectious than teenagers.

Children mostly suffer only mild infections when they catch the virus, but in rare cases, they have shown severe signs of illness and studies show they can transmit COVID-19 to others in their households, including their parents.

Restrictions have also been reimposed in France, where seven more regions were placed on a red list after successively recording daily infection rates of between 7,000 and 9,000. With most new infections reported among young people, who typically show few or no symptoms, the surge in infections has not put major pressure on the French hospital system so far.

In Britain, ministers and medics are urging the public to get serious about the coronavirus after a sharp rise in infections raised fears the outbreak was slipping out of control in some parts of the country. Close to 3,000 new cases were recorded Sunday and again Monday, a sudden jump from numbers much closer to 1,000 for most of August, and the highest since May.

Health secretary Matt Hancock said young people had become too relaxed about social distancing and could endanger older relatives through complacency. "Don't kill your gran by catching coronavirus and then passing it on. You can pass it on before you've had any symptoms at all," he told a BBC radio program aimed at younger audiences.

Some 41,554 people have died within 28 days of testing positive for COVID-19 across Britain, the worst death toll in Europe, though in recent weeks infection numbers had been lower than in several European neighbors.

"The numbers have been going up, and we've seen in other countries where this leads, and it is not a good place," Hancock added.

Britain enforced a relatively strict lockdown between late March and early July but has been gradually easing it since. Pubs, restaurants, shops and gyms are open, albeit with social distancing enforced. The government increased penalties for serious breaches in August after police broke up several raves.

Billions of people around the world are still facing the fallout from the pandemic, and the global death toll is nearing 900,000. Worldwide infections to date now stand at more than 27 million with the pandemic showing no sign of peaking.

India recorded its highest daily deaths from the coronavirus in more than a month on Tuesday, even as new infections slowed, data from the health ministry showed. The health ministry said 1,133 people had died of COVID-19 in the last 24 hours, the highest since July, taking total mortalities to 72,775. But new daily cases were at 75,809, the lowest in a week.

India surpassed Brazil on Monday to become the country with the most number of coronavirus cases outside of the U.S. and has a cumulative caseload of 4.28 million. The 90,802 cases added on Monday pushed India's total past Brazil with more than 4.2 million cases. India is now behind only the U.S.

The U.S. remains the worst-hit country with over 6.27 million infections, while the death toll in the country is nearing 189,000 and more than 2.31 million people have recovered so far.