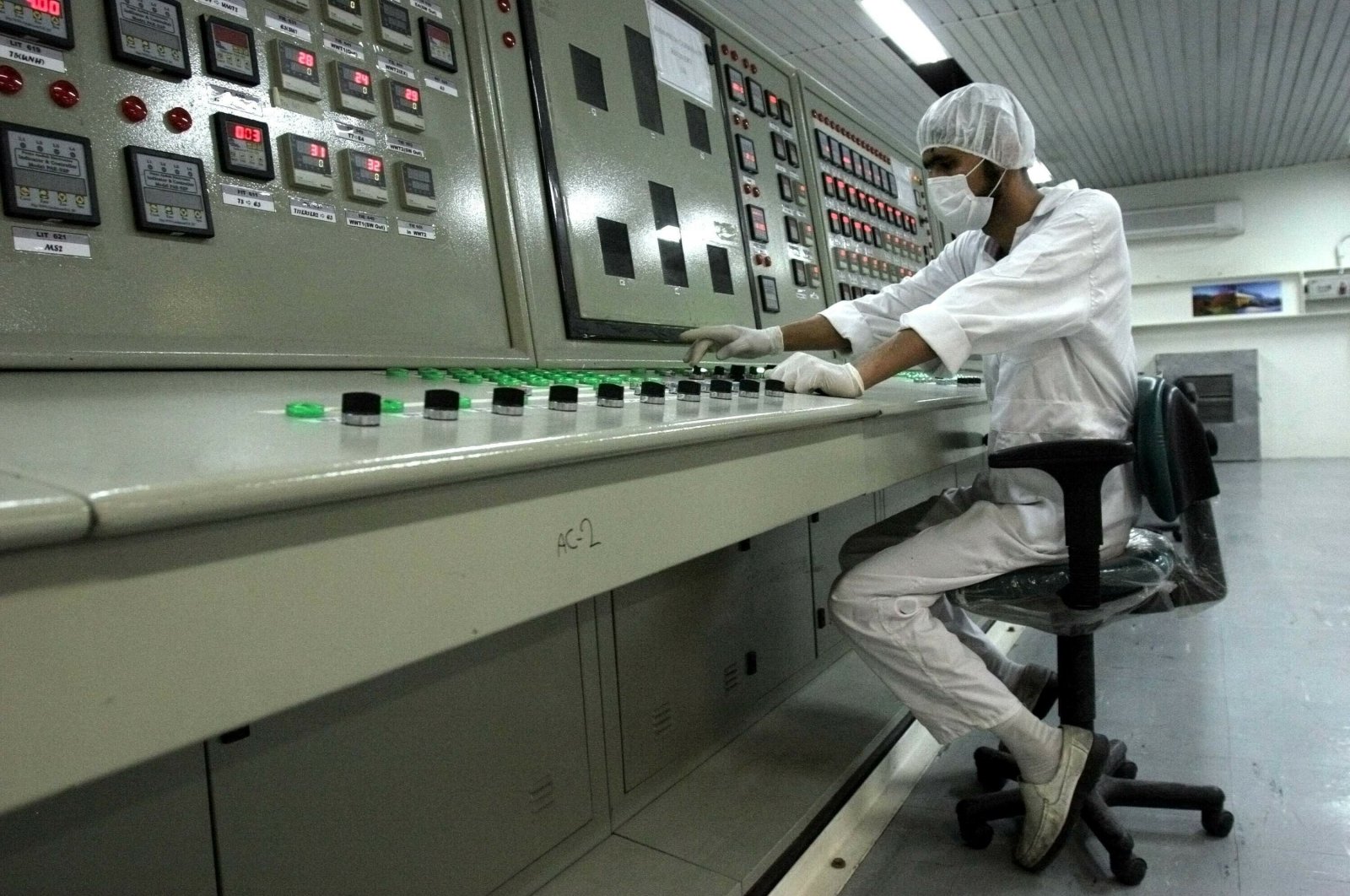 France, Germany and Britain said Monday they were alarmed by an Iranian announcement that Tehran intended to install additional, advanced uranium-enriching centrifuges and by legislation that could expand its nuclear program.

"If Iran is serious about preserving a space for diplomacy, it must not implement these steps," the three powers, who along with China and Russia are party to a 2015 nuclear containment deal with Tehran, known as the Joint Comprehensive Plan of Action (JCPOA), said in a joint statement.

Iran's nuclear deal with major powers says Tehran can only use first-generation IR-1 centrifuges, which refine uranium much more slowly, at Natanz and that those are the only machines with which Iran may accumulate enriched stocks.

"Iran's recent announcement to the IAEA that it intends to install an additional three cascades of advanced centrifuges at the Fuel Enrichment Plant in Natanz is contrary to the JCPOA and deeply worrying," the three powers said of the United Nations watchdog report, which has yet to be made public.

The powers further said a new law obliging Iran's government to halt U.N. inspections of its nuclear sites and step up enrichment beyond the deal's limits was also incompatible with the accord and Iran's wider nonproliferation commitments.

"Such a move would jeopardize our shared efforts to preserve the JCPOA and also risks compromising the important opportunity for a return to diplomacy with the incoming U.S. administration," they said, referring to U.S. President-elect Joe Biden, who defeated President Donald Trump in the Nov. 3 election.

"A return to the JCPOA would also be beneficial for Iran," the three added, referring to Tehran's decisions to reverse some of its nuclear commitments in response to the Trump administration's 2018 pull-out from the deal and reimposition of tough sanctions that have crippled the Iranian economy.

Last week, the country's parliament approved a bill that would have suspended U.N. inspections and required the government to resume enriching uranium to 20% if European nations fail to provide relief from crippling U.S. sanctions on the country's oil and banking sectors. That level falls short of the threshold needed for nuclear weapons but is higher than that required for civilian purposes.

The bill is expected to have little if any impact, as Iran's Supreme Leader Ayatollah Ali Khamenei has the final say on all major policies, including those related to the nuclear program. Rather, it appeared to be a show of defiance after Mohsen Fakhrizadeh, a key figure in Iran's nuclear program, was killed in an attack Iranian officials have blamed on Israel. Fakhrizadeh headed a program that Israel and the West have alleged was a military operation looking at the feasibility of building a nuclear weapon.

Iranian President Hassan Rouhani rejected a bill, saying it was "harmful" to diplomatic efforts aimed at restoring the 2015 nuclear deal and easing U.S. sanctions. Speaking at a Cabinet meeting, Rouhani said his administration "does not agree with that and considers it harmful for the trend of diplomatic activities." He implied the lawmakers were positioning themselves ahead of elections planned for June. He added that "today, we are more powerful in the nuclear field than at any other time," as quoted by The Associated Press (AP).

The U.S. imposed crippling sanctions on Iran after Trump unilaterally withdrew from the nuclear agreement in 2018. In response, Iran began publicly exceeding limits set by the agreement while saying it would quickly return to compliance if the U.S. did the same. Rouhani, one of the architects of the 2015 nuclear agreement with world powers, favors a return to the deal and greater diplomatic engagement with the U.S. and other Western nations. Biden has also said he is in favor of returning to the nuclear deal.