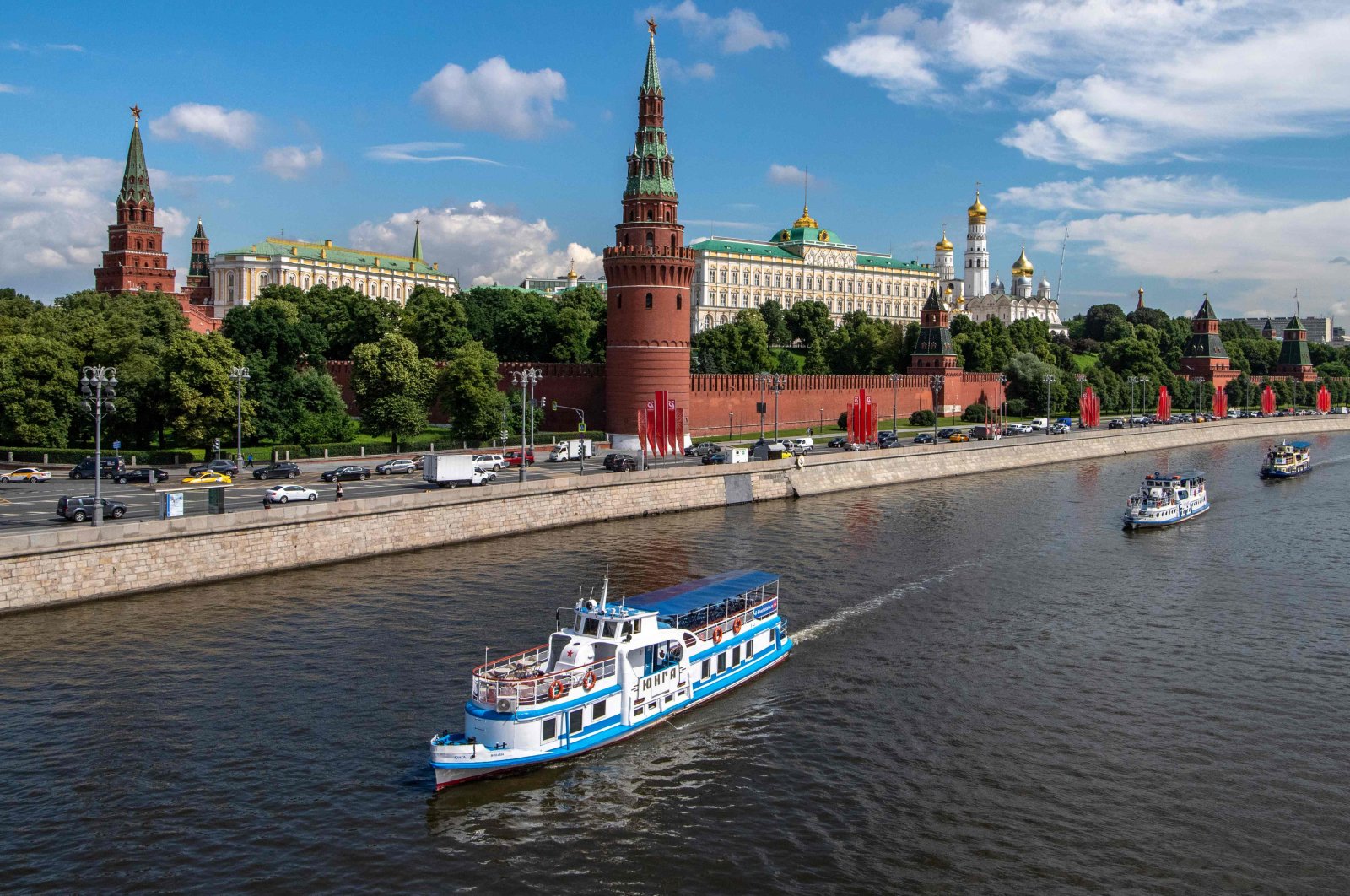 Tourist boat parade on the Moskva river to mark the beginning of the navigation season in the Russian capital, which was postponed due to the coronavirus pandemic, on June 23, 2020. (AFP Photo)
by French Press Agency - AFP Jun 23, 2020 4:32 pm

Europe's top rights court said Tuesday that Russian authorities had thwarted freedom of expression by blocking several websites in recent years, including some run by critics of President Vladimir Putin.

In four separate cases, the judges ruled unanimously that moves by the telecoms regulator Roskomnadzor "had amounted to interference with the applicants' right to impart information and the public's right to receive it."

One of the cases was filed by Garry Kasparov, the former chess champion who has become one of Putin's most vocal critics.

His opposition website was blocked in March 2014 after prosecutors accused it of promoting "mass disorder or extremist speech," the European Court of Human Rights (ECHR) said.

Five other applicants alleged unfair or indiscriminate moves to shut down their sites, including "Daily Newspaper," a site critical of the government, and a website that explained how to bypass internet content filters.

In each case, the court found, "the provisions of Russia's Information Act used to block the websites had produced excessive and arbitrary effects."

Kasparov had already won two cases against Russia at the ECHR in 2016, when judges condemned the government for unjustified arrests while attending opposition protests in 2007.