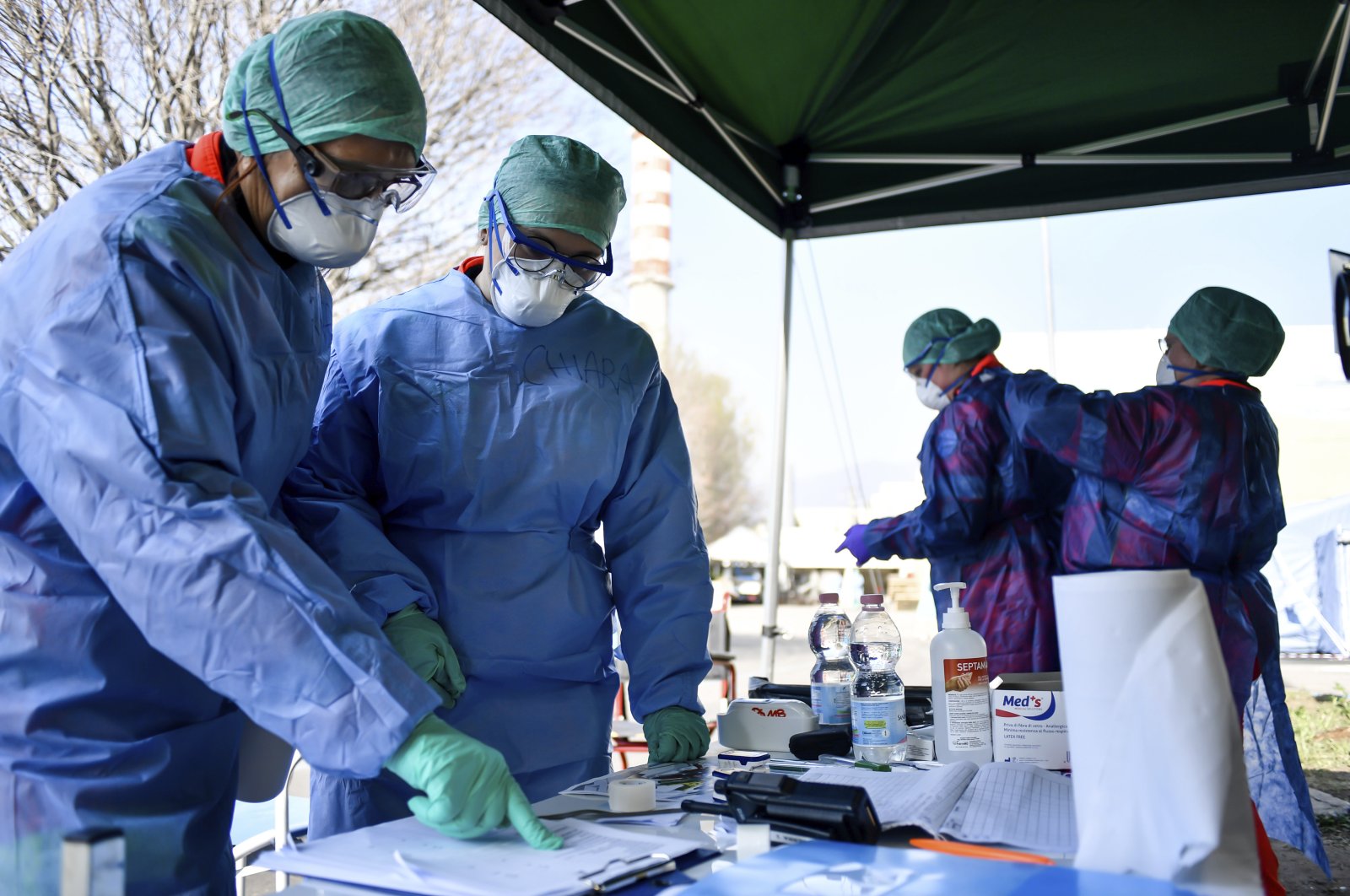 Medical personnel help each other to dress, in background, as others check papers at an emergency tent set up outside the hospital for first evaluation, in Brescia, Northern Italy, Tuesday, March 17, 2020. (LaPresse via AP)
by Daily Sabah with DPA Mar 17, 2020 8:15 pm

Italy said the new coronavirus has killed 345 more people, as Europe's death toll surpassed the number of people the disease killed in China, where it originated.

From Monday to Tuesday, the death toll rose 16% with the total number of cases increasing 12.6%, which is down from daily increase rates of 17-21% recorded last week. The fatality rate, particularly high in Italy, is almost 8%.

The number of patients in intensive care – a closely watched figure given the shortage of hospital beds in front-line areas – rose by about 11%, to 2,060, including 879 in Lombardy, the worst-hit region.

As of Tuesday, COVID-19 killed 3,385 people in Europe compared to 3,226 in China, according to online data compiler Worldometers.

With new infections dwindling in Asia, Europe has become the hotbed for the pandemic that had infected more than 182,000 people worldwide and killed more than 7,150 as of Tuesday. More than 79,000 people with the virus have already recovered.