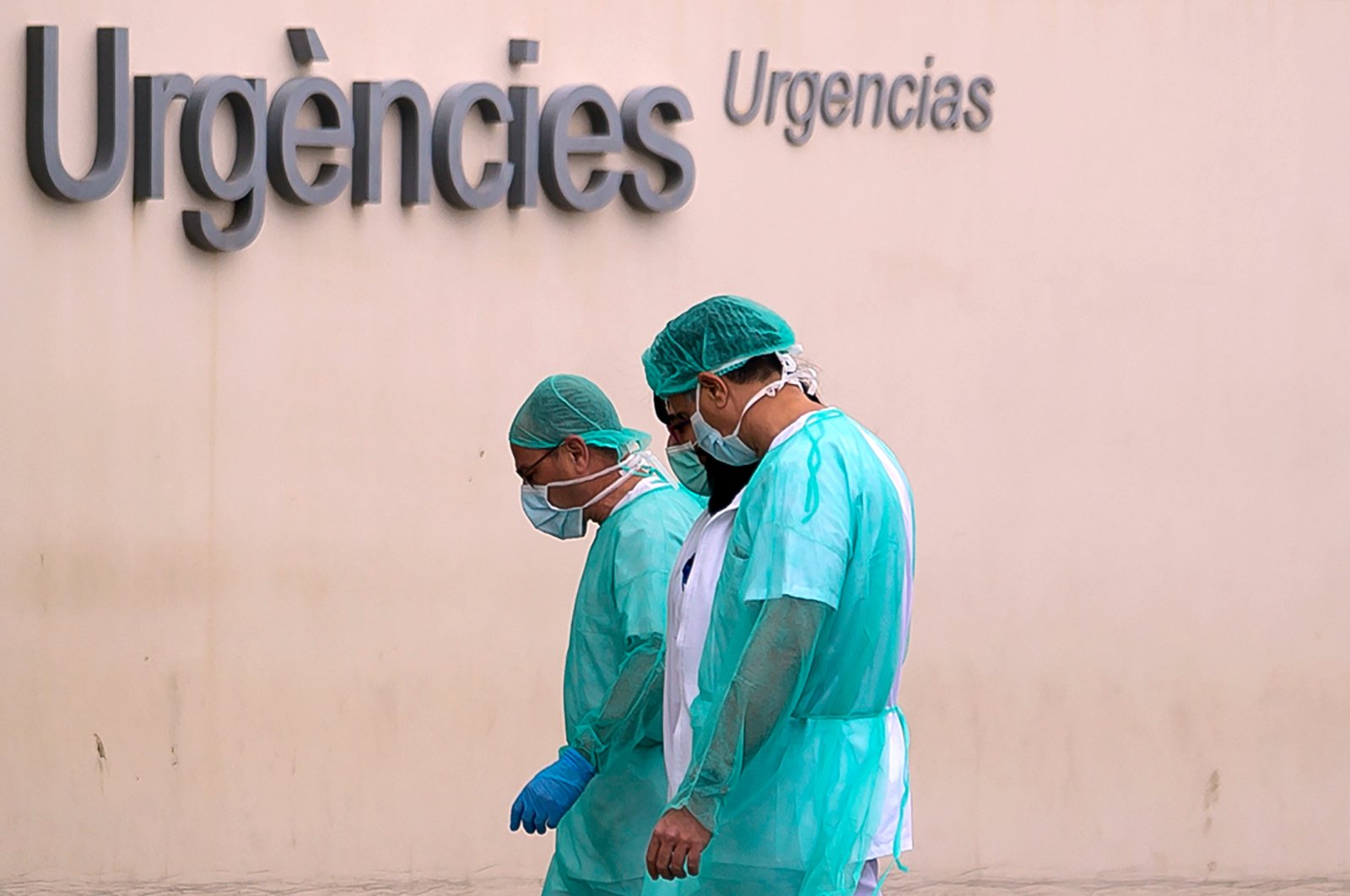 As Europe becomes the epicenter of the global coronavirus pandemic, the continent's health care system groans under the overload of COVID-19 cases due to shortages of life-saving equipment and hospital beds

Rupturing health care systems, panic-buying and a clear disconnect between governments and the public are all signs that point to Europe’s failure in countering the coronavirus pandemic.

Some of the most developed countries’ governments are now showcasing incompetence and grasping onto the issuance and execution of harsh orders, coupled with the general public’s unfamiliarity with the concept of solidarity in overly individualistic cultures, enabling the coronavirus outbreak to become a lot more difficult than what was expected a few weeks ago.

The continent, which had weeks to prepare for the epidemic, has been on a disastrous path for some time. Prosperous societies hosting populations insistent upon habitual free movement and stubborn on independent decision-making have yet to get a grip on the crisis.

Governments’ out-of-place anxiety about public opinion and their lack of authority in emergency situations have been highlighted following recent events.

The pandemic is putting the public health care systems under unprecedented strain, bringing Italy's hospital network to its knees and stretching Spain and France to their breaking points.

Comparatively, East Asian governments have managed to take swift and decisive actions against the epidemic, successfully slowing it down with widespread testing, close tracking of the patients and effective quarantines.

Speaking to The New York Times on March 19, Dr. Arthur L. Reingold, head of the epidemiology division at the public health school of the University of California, said that “China has been willing to go to pretty extraordinary lengths, using the army, using the police, locking people in their homes, using drone technology to monitor behavior, setting up roadblocks.”

He went on to add that “whatever measures have been put in place in Europe really have only been put in place recently, and frankly, none of them has been as draconian and all-encompassing as what was done in Wuhan.”

Timing has also been an essential factor in China’s success, as the latter imposed its first major lockdown on Jan. 23 in Wuhan and several other cities. At that time, the virus had been identified for two weeks and there were less than 600 confirmed infections around the world.

Europe’s first effort came from Italy, in an attempt to isolate the northern region in a more easy-going fashion than China’s. The move was set forth on March 8, when at least 7,300 cases were already reported in the country alone.

Former director of the United States Centers for Disease Control and Prevention Thomas R. Frieden defends the idea that it is already too late for the current preventative measures to be put in place. “You have to do strict social distancing within a week of the start of community transmission, otherwise you get an explosion, and once you get that explosion, it’s very hard to contain,” Frieden told The New York Times on March 19. “The key is not to get to that point, and much of Europe is beyond that point, and New York is beyond that point.”

To Frieden’s point, health care systems in some of the region’s biggest countries are on the verge of breaking. According to Reuters, in eastern France, around Strasbourg and Mulhouse, home to the country's second-biggest outbreak after the Paris region, intensive care units (ICUs) are already overwhelmed. The army is setting up a field hospital and transferring patients to other cities.

All but essential operations are being canceled to free up personnel and beds.

On Tuesday, nurses and doctors demanded action in Spain after the country reported its sharpest daily increase in coronavirus cases and said about 14% of the nearly 40,000 infections were among health workers.

Nursing union SATSE said on Tuesday Madrid's hospitals were on "the verge of collapse" and needed urgent support, while a doctors' union said it had filed a lawsuit demanding protective equipment within 24 hours.

Meanwhile, local governments warn of the critical situation due to a lack of staff. In the southern region of Andalusia, the mayor of a small town pleaded for help after reporting 38 of 42 residents at the local nursing home had tested positive for the virus, along with 60% of staff.

It remains to be seen whether the tide can be turned. However, the situation looks to be bleak due to poor handling of the situation initially, by some of the biggest countries in Europe. The region is experiencing an overwhelming increase in reported infections and deaths and currently hoping for a miracle.