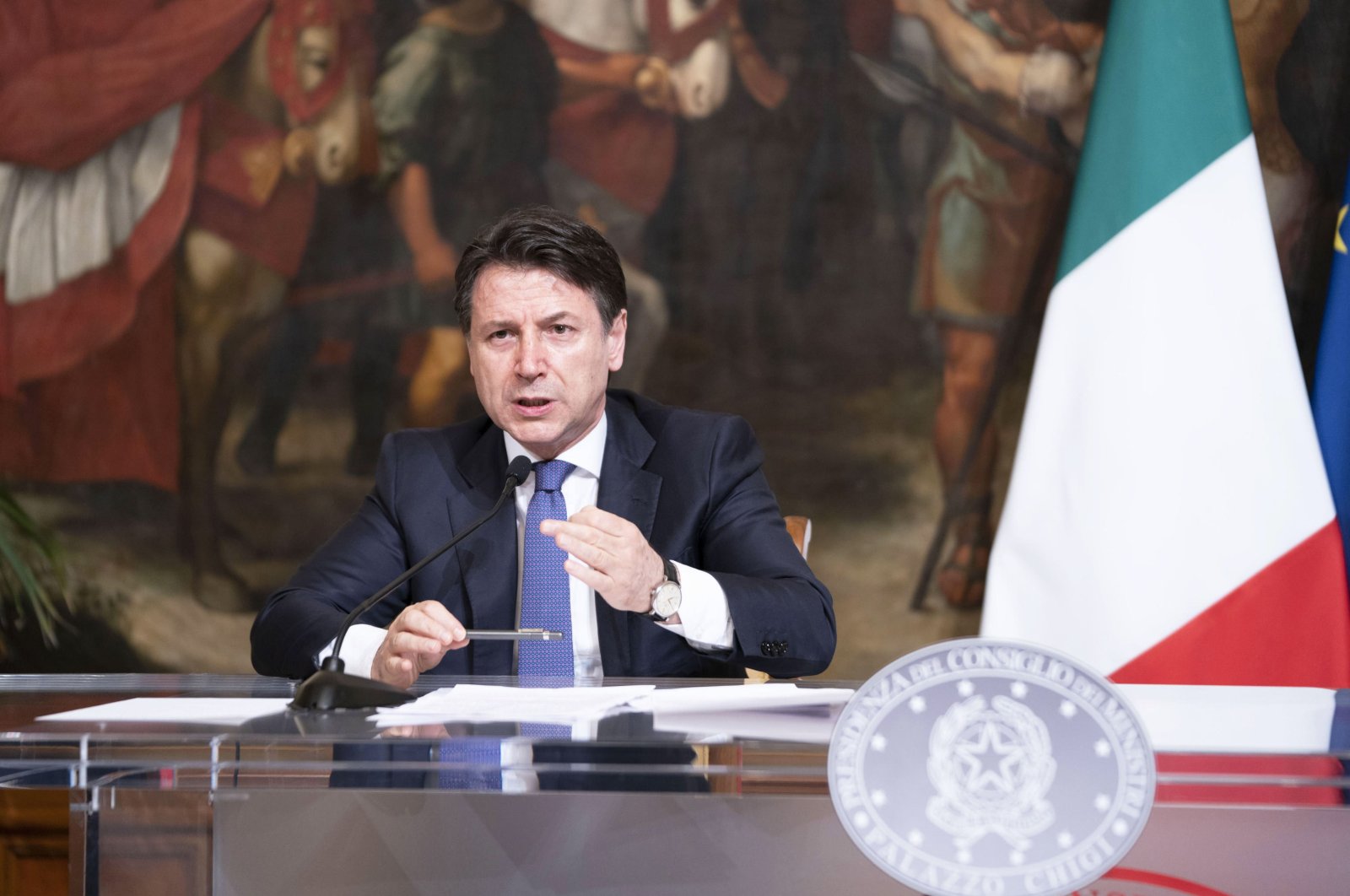 Italian Prime Minister Giuseppe Conte said the very future of the European Union is at stake over its response to the coronavirus as Germany expressed hope EU finance ministers would agree on a 500 billion euro economic rescue package Thursday.

In a 16-hour videoconference that stretched through the night from Tuesday afternoon, the ministers failed to seal a deal on how far to go to support their stricken economies.

"We need an economic and social response at the European level," Conte told the BBC. "It's a big challenge to the existence of Europe.

"If Europe fails to come up with a monetary and financial policy adequate for the biggest challenge since World War 2, not only Italians but European citizens will be deeply disappointed."

Conte went on to say the EU's very future was at stake.

"If we do not seize the opportunity to put new life into the European project, the risk of failure is real," Conte said.

The ministers are due to reconvene at 3 p.m. GMT on Thursday to try to agree on the package that includes precautionary credit lines from the euro zone's ESM bailout fund, more lending for companies via the European Investment Bank and funding to help companies maintain liquidity during an economic slump by reducing work hours, rather than cutting jobs altogether.

Divisions have so far prevented a deal between southern EU states, led by Italy, who demand far-reaching measures like issuing joint debt, and the Netherlands, acting as the bulwark of the fiscally conservative north, which is calling for more restraint and narrowly focused measures.

On the European Stability Mechanism, the two clashed over conditions for accessing the money, a key element to be ironed out if there is to be a deal.

"It's important that we take this decision today on the 500 billion euros ($543 billion) that is in discussion – that's an incredibly large sum of money that we could use to help a lot of people, especially in the hardest hit countries, Spain and Italy," German Economy Minister Peter Altmaier told a radio interview.

"I have confidence that (German Finance Minister) Olaf Scholz, together with his colleague (French Finance Minister) Bruno Le Maire, can push this forward today, and we are all working on that together," he added in a morning broadcast.

Scholz had said on Wednesday that finance ministers had almost reached agreement "but not quite," and he hoped a deal would be struck before Easter.

The bloc has already relaxed curbs on state aid and public spending to help countries through the virus-induced economic slump.

EU leaders have given their governments until Easter to come up with a list of further possible measures.

Weeks of fraught discussions about the scale and scope of EU support to cushion the economic slump triggered by the pandemic have exposed deep EU divisions, echoing the ones seen in the eurozone and financial crises that started a decade ago.

The 27 member states have also fought over medical equipment and drugs and imposed emergency border checks inside what normally is Europe's zone of control-free travel, in further signs of how the coronavirus is testing EU unity.