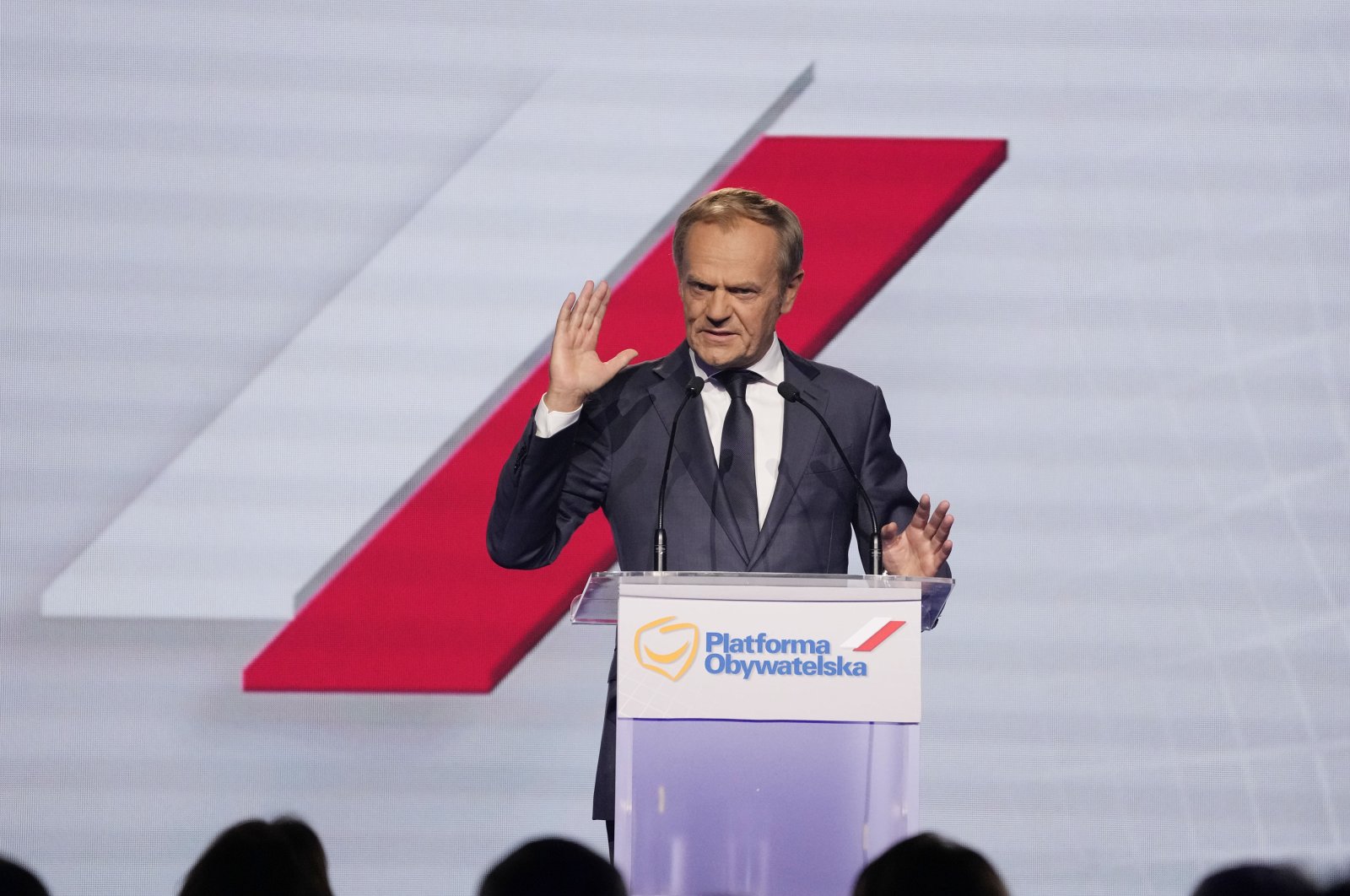 Tusk, 64, said he is returning to Polish politics and to the opposition Civic Platform party to help fight the “evil” of the current right-wing government.

His comeback is expected to reignite the bitter political rivalry of decades with Jaroslaw Kaczynski, 72, the leader and chief strategist of the Law and Justice party that now runs the government with two small partners.

Tusk co-founded Civic Platform, a center-liberal party, in 2001. It ruled Poland for eight years – most of the time with Tusk as prime minister – before the current conservative team won power in 2015.

"I know that many Poles were waiting for this black dream to be over,” Tusk said about the current government of Law and Justice that has put Poland on a collision course with the EU.

“Today, evil rules in Poland and we are ready to fight against this evil,” Tusk said.

The EU and its court have opened procedures against Poland's current government, saying its changes to the justice system and opposition to some EU decisions, including on relocation of migrants, have gone against the 27-member bloc's principles and undermine democracy.

Massive street protests have been held against changes to the judiciary and tightening of the abortion law.

Tusk said his return was dictated by the conviction that Civic Platform is "necessary as the force ... that can win the battle with Law and Justice over Poland's future."

“There is no chance for victory without the Platform," said Tusk, adding he has a sense of responsibility for the party that he had founded and led for many years before taking on the position of EU Council head in 2014. Civic Platform seemed to lose its energy and high profile following his departure.

Asked later by journalists about chances for a united opposition bloc, Tusk replied “the more the better, the more together, the better,” but gave no specifics.

One of the strongest personalities in Poland’s politics, Tusk said he was launching a series of visits across the nation, with a trip Monday to the northwestern region of Szczecin, that was recently hit by torrential rains.

Party member and former foreign and defense minister Radek Sikorski said Tusk's main goal now is to “restore the trust in victory among all those who do not accept the destruction of Poland's position” by Law and Justice.

The Law and Justice government continues to lead opinion polls thanks to its generous family bonuses and conservative policies that appeal to the Catholic majority in society. But the pressure of accumulating disputes with the EU and an internal struggle for power and influence have been visibly shaking the unity and loyalty in the coalition, which recently lost its majority in the parliament, after some Law and Justice lawmakers left the ranks.

Poland's parliamentary elections are scheduled in the fall of 2023, but some politicians have been hinting that the weakening power of the ruling coalition may result in an early vote.