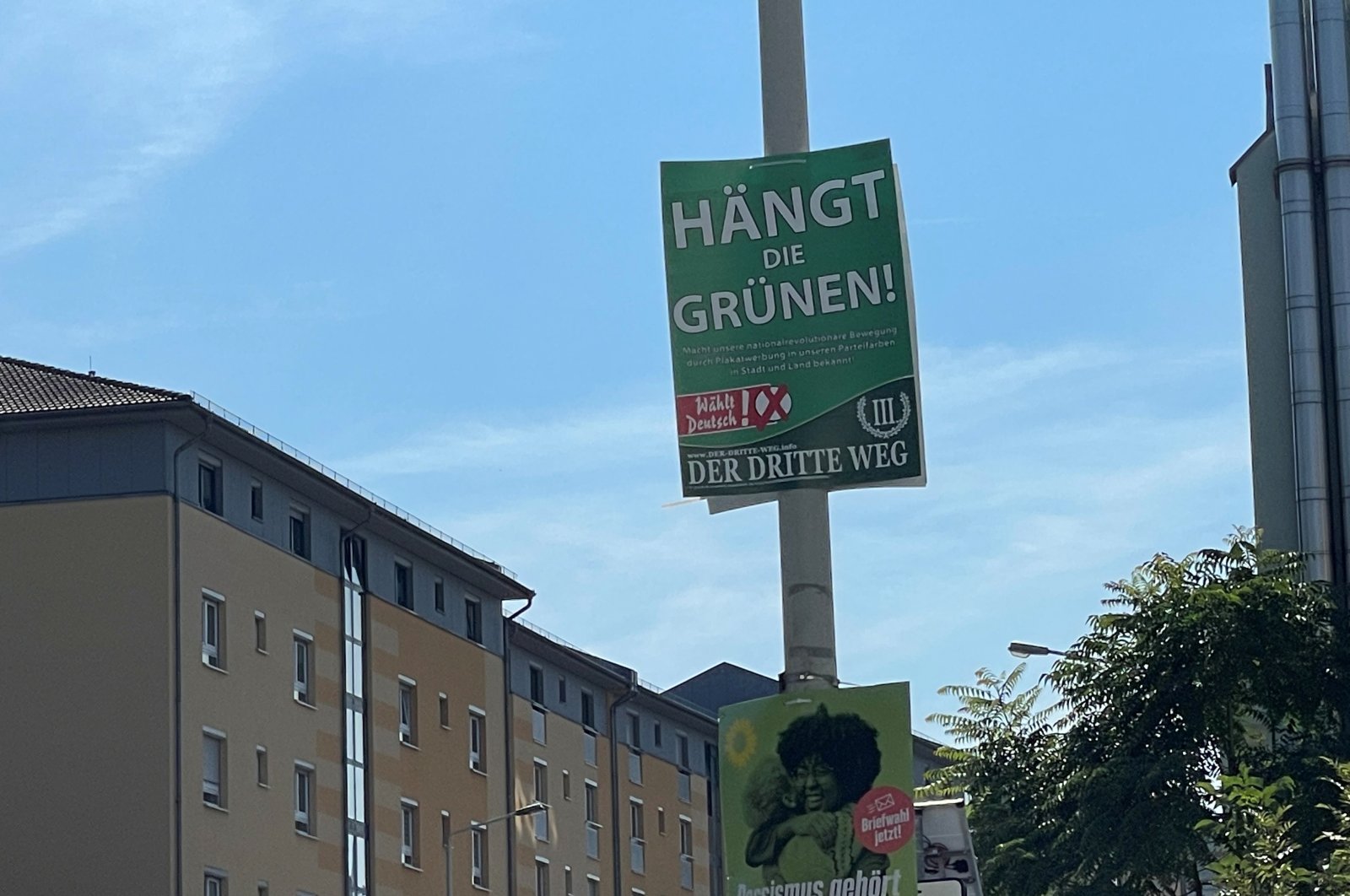 Posters with the slogan "Hang the Greens!" by the far-right extremist party Der Dritte Weg were banned by a German court in the latest twist in a legal battle over election propaganda that has made headlines ahead of the Sept. 26 national polls.

A spokesperson said on Monday that the Munich court had issued a temporary injunction on Friday prohibiting the party from using the slogan in public.

The phrase "to hang" someone is usually understood to mean to hang, otherwise kill or physically harm someone, the court said.

"Those who post death threats make a mockery of our democracy," said Michael Kellner, federal political director of the Greens, commenting on the court decision.

"Such an election campaign-style poisons the political culture, leads to brutalization and discourages citizens from getting involved politically."

In Bavaria, police had been instructed to take down similar posters due to an initial suspicion of public incitement to commit a criminal offense, the state Interior Ministry announced last week.

A court in Chemnitz in eastern Germany, on the other hand, had ruled that posters with this slogan could remain up despite a ban by the city of Zwickau, but only at a distance of 100 meters (328 feet) from posters of the Greens.

Zwickau authorities have lodged an appeal.