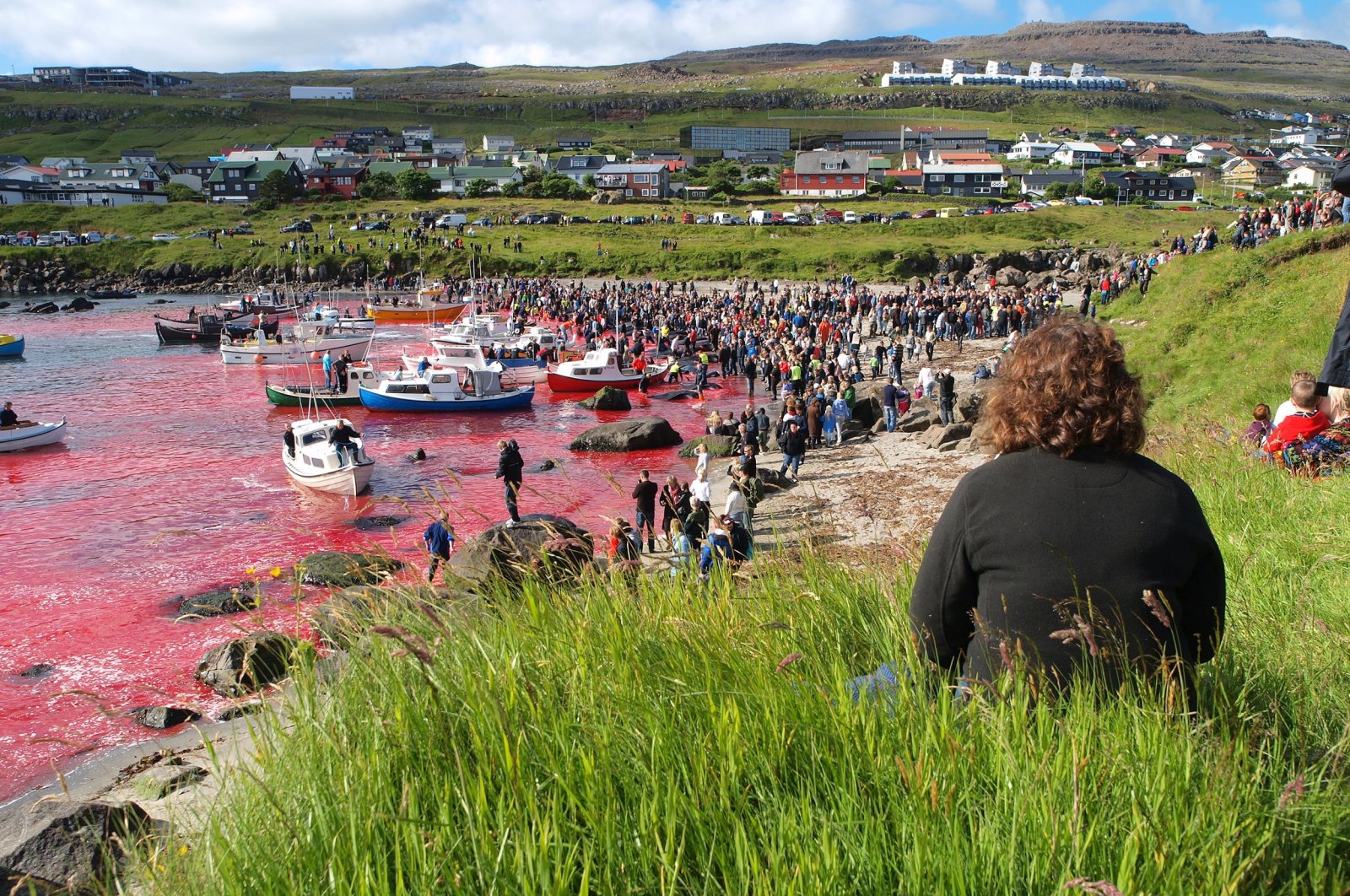 The traditional slaughter of 1,428 white-sided dolphins during the weekend renewed a debate over the practice on the Faroe Islands.

The four-century-old tradition involves driving the sea mammals into shallow water where they are killed for their meat and blubber.

The hunt in the North Atlantic islands is not commercial and is authorized, but environmental activists claim it is cruel. Some people in the Faroes who defend the practice worry that this hunt will draw unwanted attention because it was far larger than previous ones and seemingly took place without the usual organization.

Heri Petersen, head of a group that drives pilot whales toward shore on the central Faroese island of Eysturoy, where the killings took place Sunday, said he was not informed of the drive and “strongly dissociated” himself from it.

He told the web-based news outlet in.fo that there were too many dolphins and too few people on the beach to slaughter them.

Islanders usually kill up to 1,000 sea mammals annually, according to data kept by the Faroe Islands. Last year, that included only 35 white-sided dolphins.

Olavur Sjurdarberg, chairperson of the Faroese Pilot Whale Hunt Association, feared it would revive the discussion about the drives and put a negative spin on the ancient tradition of the 18 rocky islands located halfway between Scotland and Iceland. They are semi-independent and part of the Danish realm.

“We need to keep in mind that we are not alone on earth. On the contrary, the world has become much smaller today, with everyone walking around with a camera in their pocket,” Sjurdarberg told local broadcaster KVF. “This is a fabulous treat for those who want us badly when it comes to pilot whale catching."

For years, the Seattle-based Sea Shepherd Conservation Society has been opposing the drives that date from the late 16th century. On Facebook, the organization described the weekend's events as “an illegal hunt.”

The white-side dolphins and the pilot whales are not endangered species.

Each year, islanders drive herds of the mammals – chiefly pilot whales – into shallow waters, where they are stabbed to death. A blow-hole hook – said to be harmless – is used to secure beached whales, and the spine and main artery leading to the brain are severed with knives. The drives are regulated by legislation, and the meat and blubber are shared on a community basis.